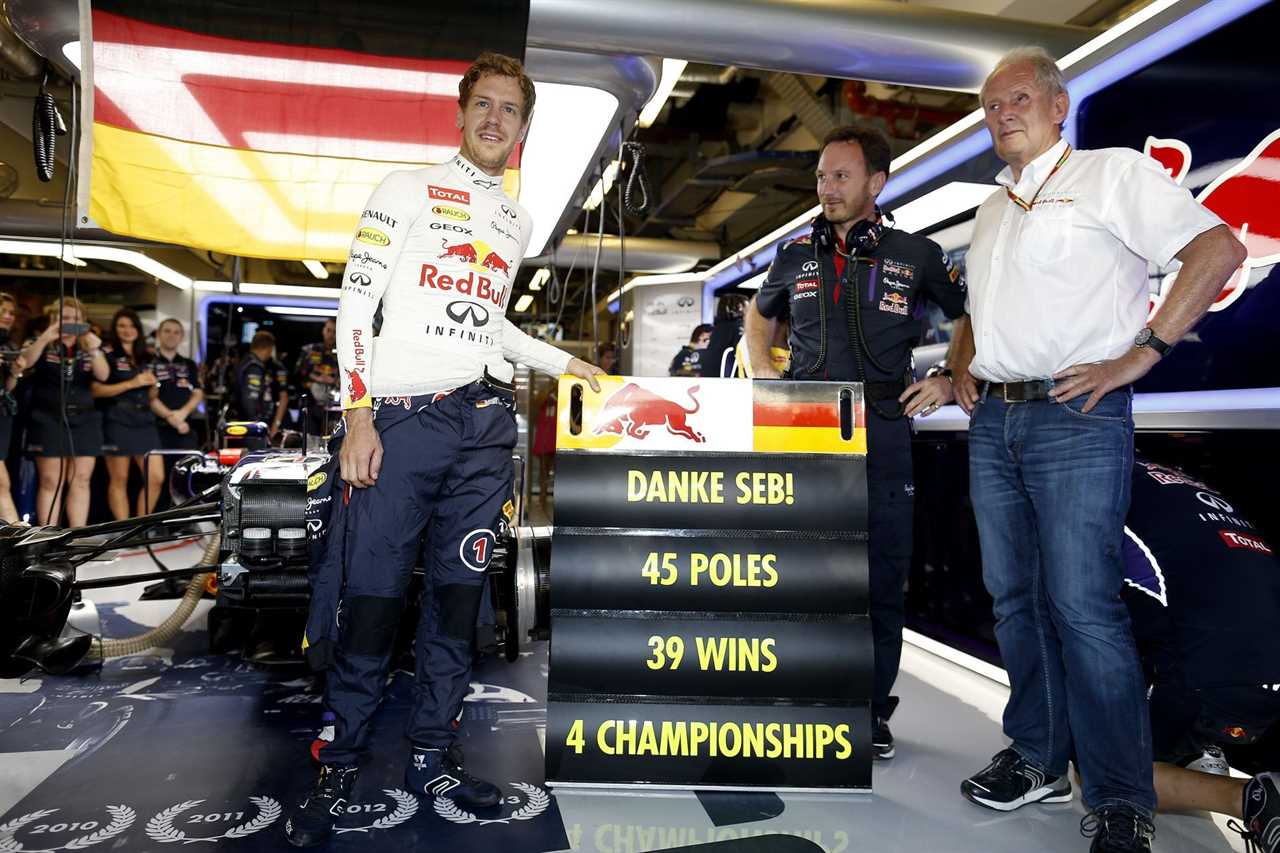 Red Bull advisor Helmut Marko said Sebastian Vettel’s retirement at the end of the 2022 season from F1 is ‘logical’ given Aston Martin’s woeful form this year. The four-time world champion is to be replaced in the British team by Fernando Alonso in 2023.

maybe i’ll never get over sebastian vettel ever, and that’s okay

maybe i’ll never get over sebastian vettel ever, and that’s okay https://t.co/q9eQNiCMUf

Aston Martin has had a disappointing year so far in 2022, often finding itself at the back of the grid due to its lack of pace. The team has managed to score only 20 points so far this season, putting it in second-last place in the constructor standings. Marko claimed that Sebastian Vettel’s retirement is a result of Aston Martin’s woeful pace, with the team unable to give the four-time world champion the car needed to fight at the front.

In an interview with Sport24, Helmut Marko said:

“With his meticulousness, Vettel fitted our DNA perfectly, everything worked together perfectly. He has other priorities now, he doesn’t even make it onto the podium with his car. So it is logical that he draws the consequences. If you don’t put your heart into it, nothing goes on.”

Earlier this week, Otmar Szafnauer reflected upon the day when Sebastian Vettel approached him at Honda to sign the latter at the age of 19. The former Aston Martin team principal revealed some interesting anecdotes about the four-time world champion at the 2022 F1 Hungarian GP after he announced his retirement.

“Well, I’ve known him since he was 18 or 19 years old. I was at Honda Racing and we just had, he was our sporting director Gil de Ferran, he was there for a little bit. And Seb [Vettel] came up to me and said I’ve got a two-week window and where I am out of contract at both Red Bull and BMW, so are you interested in signing me? And he was a known quantity at that time and I was like yeah this kid’s good.”

Vettel has already been offered a job by F1 CEO Stefano Domenicali, who is open to seeing the four-time world champion take on a non-driving role in the sport. The German driver announced his retirement from the sport ahead of the 2022 Hungarian GP.

Given Sebastian Vettel’s general interest in the sport, fans are hoping to see the 35-year-old take on a more administrative role in the future. Domenicali said that he would welcome Vettel if he chooses to make a return in another capacity. The F1 boss told Sport Image:

“Of course we want him to remain closely involved in Formula 1. If he would be interested in becoming part of the system, I would like to welcome him, it sounds inviting.”

“We talked about his future and his decision. We just know about Sebastian that after this season he wants to take the time to sort things out and enjoy time with his loved ones.”BREAKING: Sebastian Vettel has announced he will retire from F1 at the end of the 2022 season