Max Verstappen secured the win on Sunday at the 2022 Formula 1 Azerbaijan Grand Prix, ahead of teammate Sergio Perez. The final podium position was.. 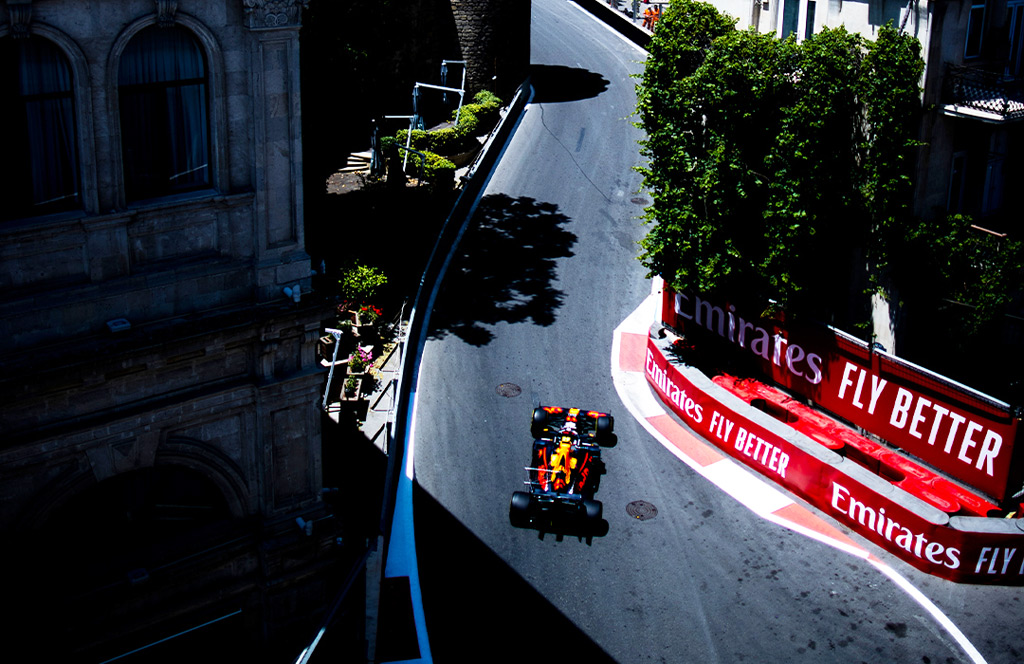 Max Verstappen secured the win on Sunday at the 2022 Formula 1 Azerbaijan Grand Prix, ahead of teammate Sergio Perez. The final podium position was taken by Mercedes-Benz AMG’s George Russell.

Ferrari’s Charles Leclerc started the race on pole, with Perez also on the front row. Leclerc got off the line slowly and then locked his brakes going into turn one, allowing Perez to initially take the lead.

Behind them, Verstappen was snapping at the heels of Leclerc while at the same time trying to hold off Ferrari’s Carlos Sainz. A disastrous run for Ferrari then started on lap nine when Sainz came to a stop due to a hydraulic issue. This caused the virtual safety car to come out, at which point Ferrari decided to pit Leclerc.

Unfortunately for Leclerc, his stop was delayed by a stuck front jack. He eventually rejoined the race in third, 12.8 seconds behind Verstappen who was 2.0 seconds behind Perez. The two Red Bull drivers then pitted, with Perez going in on lap 16 and Verstappen on 18. This left Leclerc in the lead but then on lap 20 disaster struck again for Ferrari, with Leclerc forced to retire due to power unit trouble. It was the first time that both Ferraris had to retire in a race due to reliability issues since the 2009 Australian Grand Prix.

There would be another virtual safety car on lap 33 when Haas’ Kevin Magnussen pulled out at the side of track, as his Ferrari power unit also decided to fail. Both Red Bull drivers stopped for fresh tires at this point, as did Russell who would soon have to defend against fellow Mercedes driver Lewis Hamilton in the battle for third. Hamilton started the race in the seventh but had made his way up to fourth after first passing AlphaTauri’s Yuki Tsunoda and then fellow AlphaTauri driver Pierre Gasly. Hamilton would eventually cross the finish line fourth with Gasly rounding out the top five.

Below are the full results from the 2022 Formula 1 Azerbaijan Grand Prix: