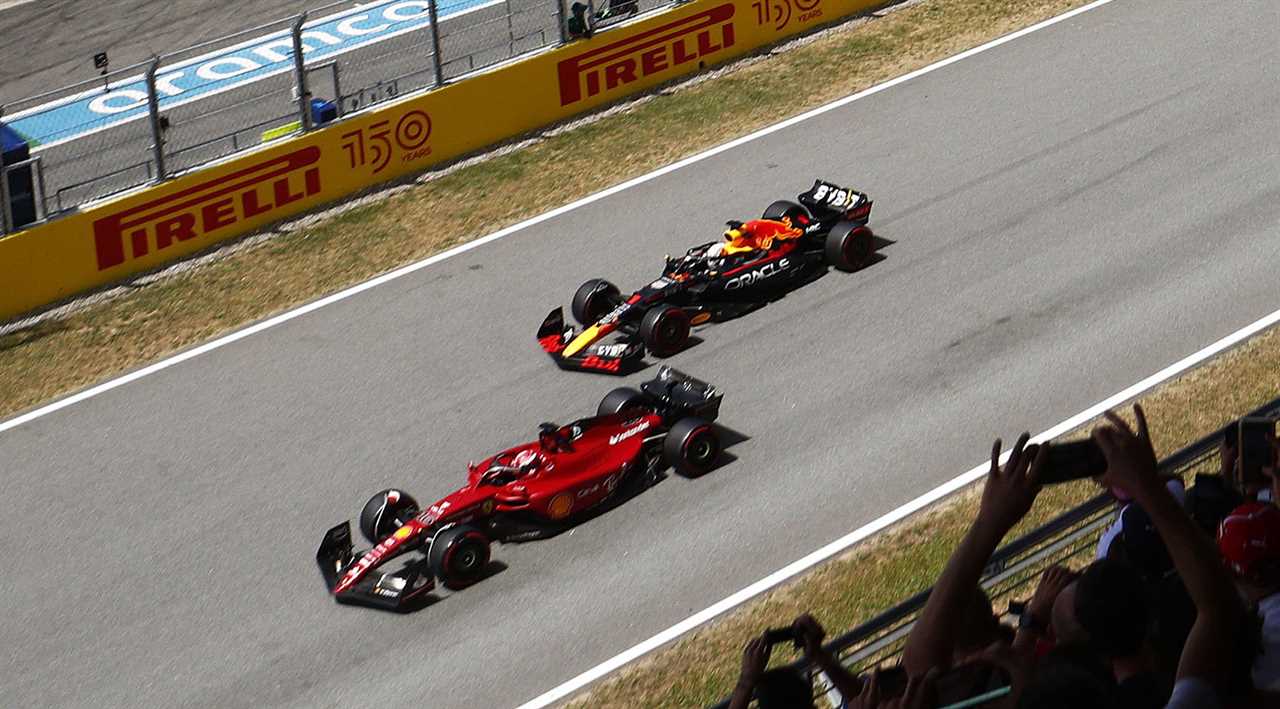 Red Bull Racing’s Max Verstappen took home victory on Sunday at the 2022 Formula 1 Spanish Grand Prix, after Ferrari’s Charles Leclerc was forced to retire from power unit troubles after comfortably leading for most of the race.

Leclerc started the race on pole and never appeared under threat, until lap 26 when his power unit failed. Part of the reason for Leclerc’s good run early on was trouble for Verstappen. The Red Bull driver was second at the start but soon suffered a spin that dropped him to fourth place, and then a faulty DRS that kept him behind Russell for much of the first half of the race. Further back was Perez and then Alfa Romeo’s Valtteri Bottas.

Around lap 24, Verstappen’s DRS started to work again and thus he was able to challenge Russell. The two drivers swapped places back and forth in an intense battle, and then Verstappen’s DRS stopped working again while Russell was ahead. After Leclerc retired on lap 27, Verstappen made a pit stop and resumed in fourth place behind Bottas, with both Perez and Russell further ahead. Perez with the aid of DRS passed Russell to take the lead on lap 31, with Verstappen passing Bottas to take third about the same time.

Russell on older tires then went into the pits, giving up second place to Verstappen. Then it was Perez’s turn to go into the pits, thus ultimately giving Verstappen the lead. Verstappen made another stop on lap 44, giving the lead back to Perez. However, after he rejoined the race in second place, Verstappen was given way to move into the lead by Perez, with the drivers continuing to their one-two finish.

Behind them was Russell in third, and then Ferrari’s Carlos Sainz who early on had dropped down to 11th place following a spin on lap seven. Mercedes’ Lewis Hamilton looked set to secure fourth place, though the seven-time world champion had to slow down due to a suspected water leak in his power unit, which allowed Sainz to move up into fourth. Despite slowing, Hamilton was able to hold on to fifth place ahead of Bottas.

Following the weekend’s action, Verstappen has now moved into the lead spot in the 2022 Drivers’ Championship with a total of 110 points. Leclerc is second with 104 points and Perez is third with 85 points. In the Constructors’ Championship, Red Bull is now in the lead with 195 points, versus the 169 of Ferrari and 120 of Mercedes.

The next race on the calendar is the Monaco Grand Prix this coming weekend. 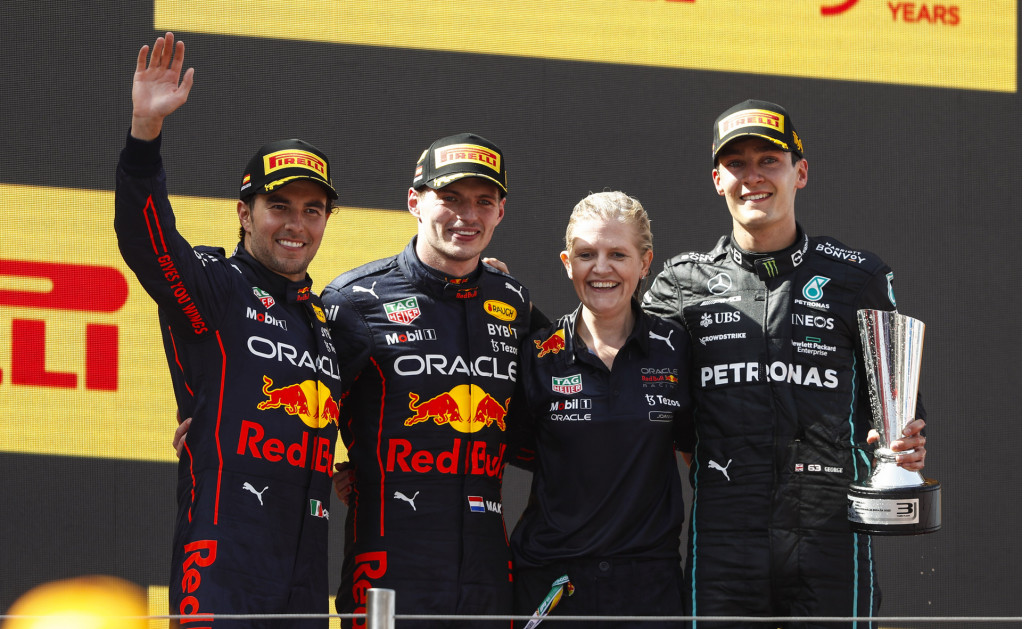 Below are the full results from the 2022 Formula 1 Spanish Grand Prix: