The first round, of the now longer, F1 Esports Series Pro Championship has fallen the way of likeable Scot Lucas Blakeley, now driving for McLaren.. 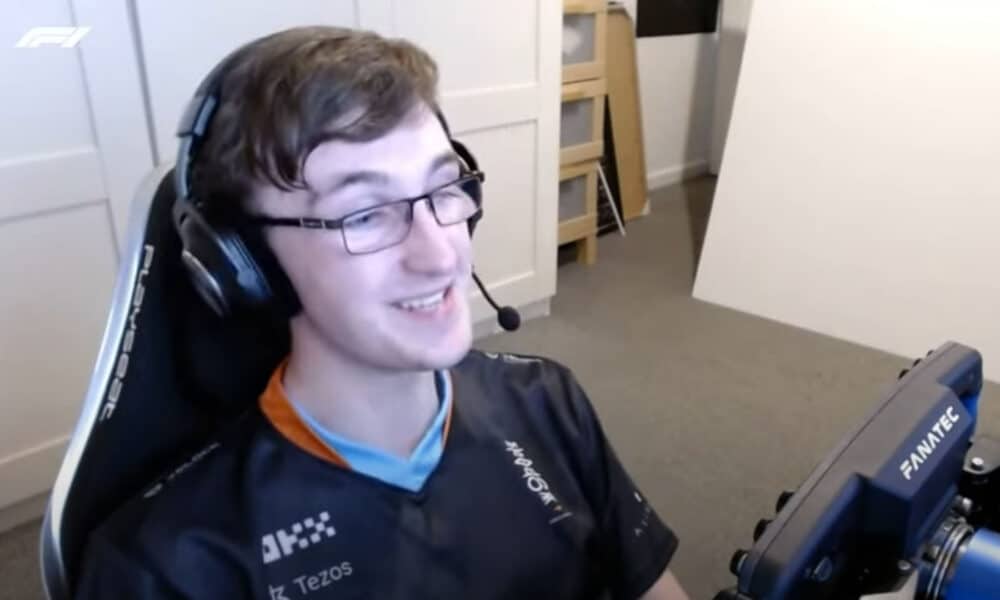 The first round, of the now longer, F1 Esports Series Pro Championship has fallen the way of likeable Scot Lucas Blakeley, now driving for McLaren.

One of the greatest sim racing shows; the Formula 1 Esports Series Pro Championship, is back.

The 2021 season was as good a source of entertainment as one would expect from a gathering of many of the best drivers in the world. Heading into the final three rounds, three final drivers remained in the hunt for a coveted Drivers’ title. Jarno Opmeer would prevail to secure his second crown and go within one race win of becoming, statistically speaking, the greatest F1 Esports Series Pro driver of all time.

For the Dutchman, Lucas Blakeley, Frederick Rasmussen and the rest of the 2022 grid, this year would be a different challenge. Each round was now extended to 50 per cent of a grand prix distance (up from 25 per cent) and held on its own day.

In theory, this would prove tougher and offer a closer product to that of real-world F1. It’s lights out and away we go…

Blakeley held fantastic memories of Sakhir International Circuit having taken his maiden F1 Esports victory in the 2021 opener. For the 2022 edition, he started on pole position for new team McLaren Shadow following a high-profile switch from Aston Martin. His new teammate Bardia ‘Bari’ Boroumandgohar would offer moderate cover from third.

The star of the show was debutant Thomas Ronhaar. Haas had gone aggressive in the off-season with a duo of rookie transfers. After a near-miss with a pointless season in 2021, the risk appeared to be paying off as the Dutchman landed a front-row start. 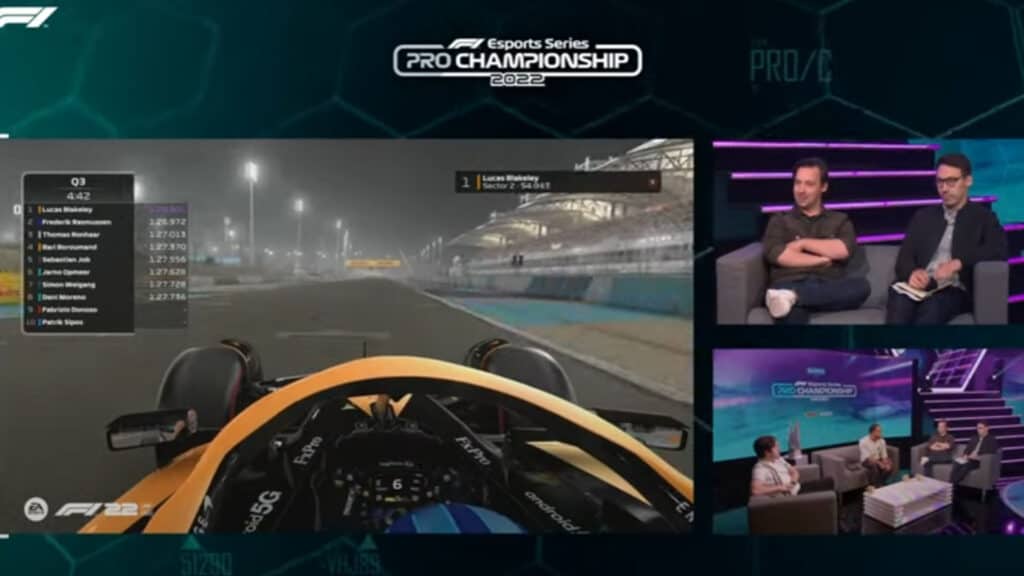 Ronhaar’s lack of experience showed early on as a poor launch saw him lose position first to Boroumandgohar at Turn 1 before a fast-starting Opmeer relieved him of a podium place further on at Turn 5.

Fabrizio Donoso, making his debut for Ferrari after moving over from Alpine, was the only casualty of the first-lap melee but was still able to keep going.

With only Shanaka Clay choosing to start on the medium-compound tyre, a DRS train was quick to form behind Blakeley. Stretching the entire breadth of the field for 10 laps, signs of any break only emerged following Dani Bereznay’s retirement and Clay’s expected pitstop. 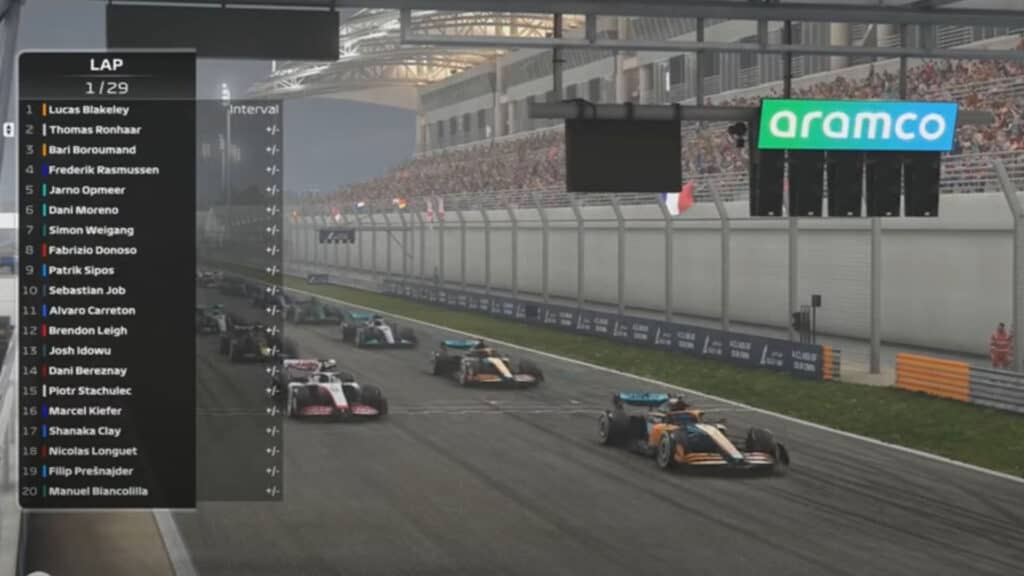 Sebastian Job and the second of Haas’ rookies, Piotr Stachulec, made their stops on Lap 13 initiating the chain reaction of covering strategies. Borourmandgohar, Ronhaar and Rasmussen were all in two laps later seeing the Dutchman gain a place thanks to his pitcrew.

Blakeley’s stop one rotation later kicked a simmering race into full boil. Had it not been for the Scot holding the inside line, Ronhaar would have taken the net race lead as Opmeer chose to go for the overcut.

This decision from the two-time champion was inspired, as those who had stopped scrapped tooth and nail for positions. Ronhaar and Rasmussen clashed; the Haas sustained damage and the Red Bull gained a time penalty. 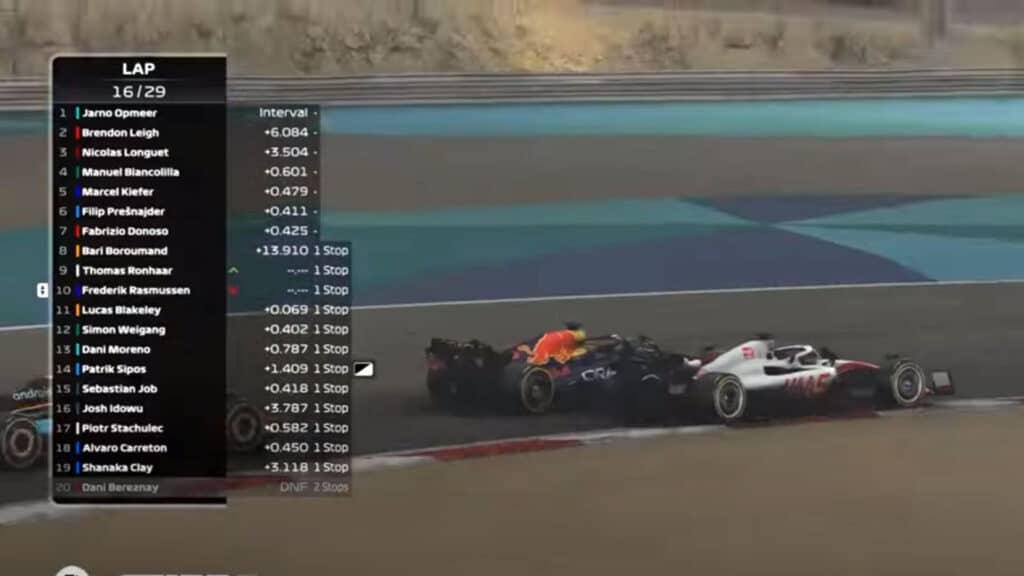 By the time Opmeer had left the pit road, he found himself with the lead over Bari and Blakeley. Despite playing his hand perfectly, the saved battery charge of the McLarens was unleashed heading onto Lap 21. Boroumandgohar was punchy into Turn 1, forcing Opmeer to go wide. It was hard but fair racing. Blakeley capitalized and stuck with his now leading teammate.

For the Shadow’s new recruit, second was never going to be enough. Six laps from the checkered flag, he swooped down the inside of Bari and retook first place. Despite two pole positions, the Iranian was yet to take a win for himself and any hopes of doing so here were fully dashed by Opmeer who wrestled second away on the final lap. 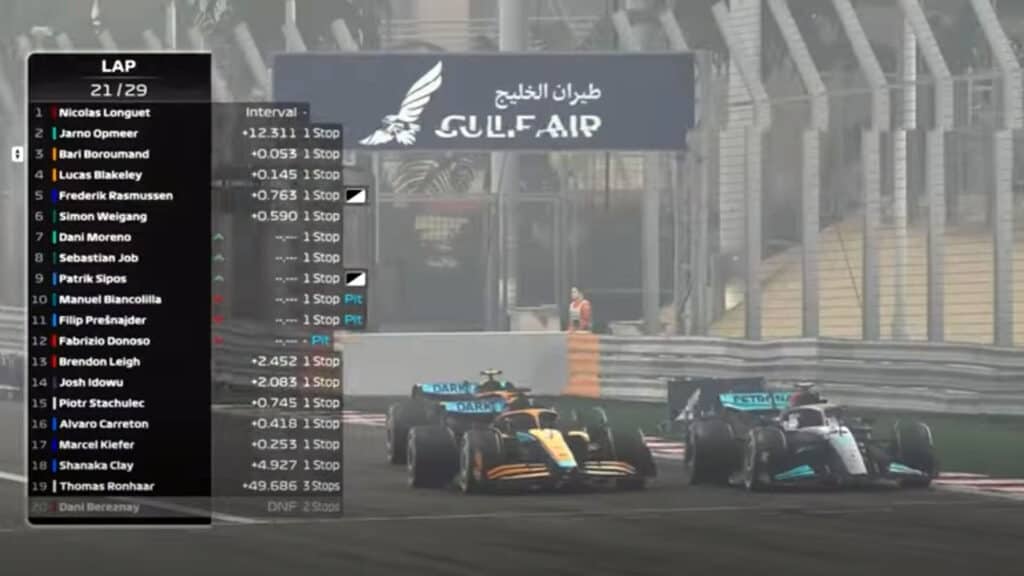 Elation last year, exhaustion this year. Blakeley secured the opening win of the season in the longest race ever held in the F1 Esports Series to date.