The ‘Twitch Quartet’ are one of the most liked, and most highly rated, group of young drivers on the grid, so where could each member end up?The.. 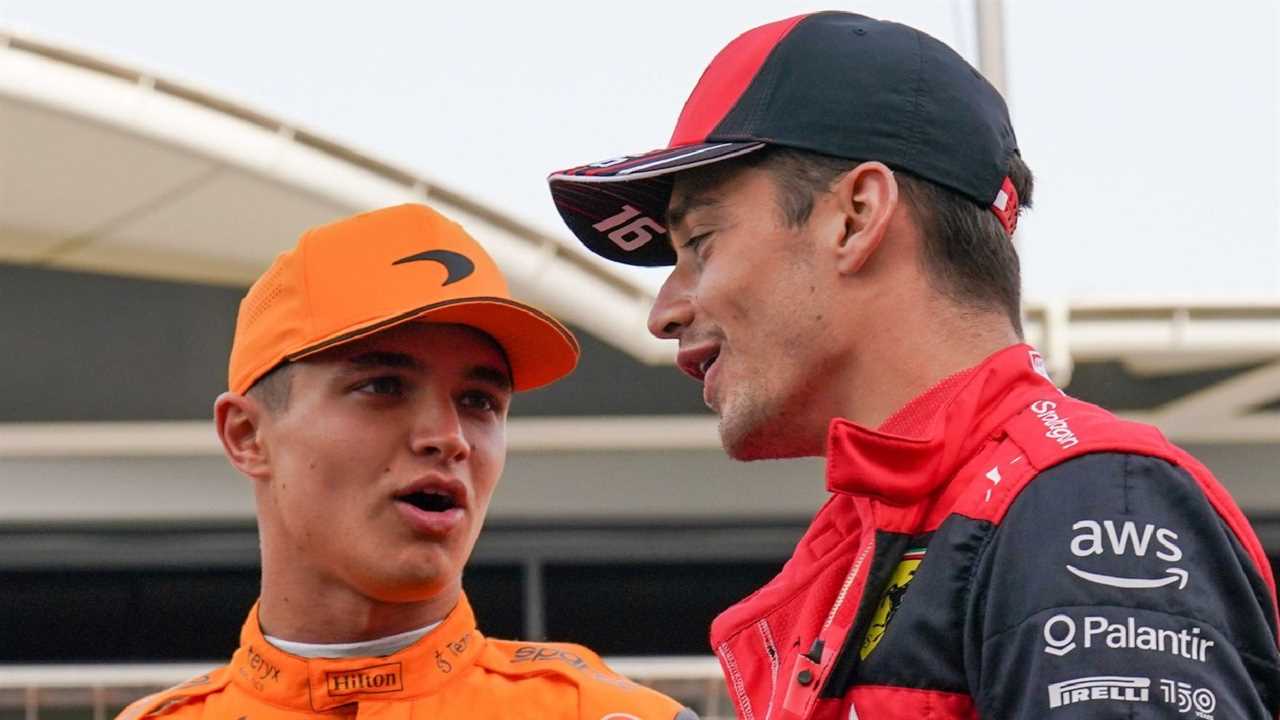 The ‘Twitch Quartet’ are one of the most liked, and most highly rated, group of young drivers on the grid, so where could each member end up?

The Twitch Quartet – consisting of Charles Leclerc, George Russell, Lando Norris and Alex Albon – first came into being during the coronavirus pandemic in 2020.

With the season put on hold and drivers locked inside their houses, the four of them took to streaming service Twitch where they each built up quite a substantial following.

Once the racing returned, their time on Twitch naturally declined but that nickname stuck. Two years on from the pandemic, and with all four on the F1 grid again, Planet Sport takes a look at each member and where their career could eventually take them.

Of the four members, it was Leclerc who began his F1 career first. Making his debut in 2018, a season before the other three, the Monégasque got his break with Sauber having been a test driver for both them and Haas in the two years previous.

In his rookie season, Leclerc impressed as he finished within the points in 10 of the 21 races before getting the move to Ferrari in 2019.

Had he joined at any other time in Ferrari’s history, there is a good chance he would have more than the four race wins he currently has and may even be a World Champion but, his arrival on the scene coincided with one of the team’s worst periods in their history and left them trailing in the wake of Red Bull, who themselves were lagging behind Mercedes.

This season is different though as it seems he finally has a car that matches his ability. Two of the first three races were won by Leclerc but Ferrari’s unreliability, as well as questionable decisions, have seen him slip behind World Championship leader Max Verstappen.

Formula 1 is often defined by rivalries between two drivers, Prost – Senna, Mansell – Piquet, Hamilton – Rosberg, and in Leclerc and Verstappen the sport has the beginnings of what could be a decade-long rivalry of two of the most highly talented drivers to ever compete.

The 2022 season seems like a turning point for Leclerc as he is propelled from highly-rated prospect to legitimate title contender in the same way that Verstappen was last year. In terms of what the future holds, he certainly has the talent to win one, if not more, World Championships but for now Ferrari seem unable to provide him with the opportunity to do so.

Driving for Ferrari is a challenge like no other team on the grid and with his contract running until 2026, it is unlikely Leclerc will be swapping sides any time soon but it remains to be seen if the team can get it together and get back to being title winners.

For a while, Russell was the butt of the joke among the quartet. Driving for Williams, he was the only one to be without a career F1 point and the other three made sure he knew about it.

During a lockdown quiz with Sky Sports F1, any time Russell got a question right he was quickly reminded that those were the first points he had scored in his career.

Times have changed though and Russell is at Mercedes, the team he temporarily drove for when he did earn his first points in 2020, but like Leclerc, he may have wished he arrived at a different time.

Having enjoyed a period of dominance never before seen in the history of the sport, Mercedes now find themselves scratching their heads as to what went wrong.

Porpoising may well be the most hated word among the Mercedes design team and it has taken until nine races into the season until they looked to have maybe finally solved it.

What this means for Russell is we have yet to see a true reflection of his talent. Russell may not be known for the speed of the likes of a Leclerc or a Verstappen but he has built a reputation as Mr. Consistency and it seems his skills have made him uniquely equipped to deal with the W13’s shortcomings.

While serial winner Lewis Hamilton has been struggling in the lower half of the grid, Russell has finished within the top five in every race this season.

Once Mercedes solve their problems, which you assume they will do by next year, Russell will be tested against the likes of Verstappen and Leclerc but it remains to be seen how he will fare. 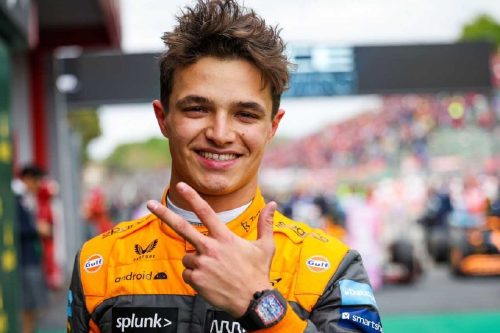 The only driver of the four teams not to have moved, Norris is in his fourth season at McLaren and has shown improvement every year.

Immediately bonding with team-mate Carlos Sainz as part of McLaren’s new driver line-up, he earned 49 points in his first season to finish 11th in the Drivers’ Championship.

The following season, he started the campaign by securing the first podium of his career in Austria and would go on to earn almost double the points he did in the previous year despite four fewer races, along with a P3 finish for McLaren in the Constructors’ Championship.

He may no longer be team-mates with Sainz but they are both pursuing the same goal of a maiden race win and while the Ferrari driver is looking the more likely to achieve that first, it would be hard to predict Norris go his whole career without one.

One of the main questions for a driver like Norris though is where will be racing?

He is a McLaren man through and through having been with them since 2017 but if the team fails to move from an occasional podium getter to race winners, might Norris look elsewhere?

His contract keeps him there until the end of 2025 but do not be surprised if the likes of Mercedes or even Red Bull come knocking.

Prediction: Stays at McLaren until 2025, moves to Mercedes and wins one World Championship

The oldest member of the group and also the one who has had the most turbulent career so far. While the others have followed a fairly standard trajectory, Albon’s has gone from the highest of highs to the lowest of lows.

As a member of the Red Bull Junior Team since 2012, he was aiming for the top job and was making the right steps towards it.

He began 2019 in the Toro Rosso seat but by the time of the Belgian Grand Prix, he had been promoted to Red Bull Racing to replace Pierre Gasly. But perhaps Albon should have taken some advice from his Toro Rosso team-mate at the time, Daniil Kvyat, who had himself driven for the top team before being replaced.

Entering into a team that has aspirations for World Championships is a tough ask no matter your experience – see veteran Sergio Perez’s first season with Red Bull – but to do so having completed just 12 F1 races in your career is a task even more difficult.

It was not like Albon was a complete failure at Red Bull and in fact his first season could be deemed a success. He went on a run of seven straight top six finishes and finished P8 in the Drivers’ Championship, earning him a one-year extension with the team.

But it was the following season that would prove to be his downfall as the Red Bull second driver hot seat increased a few degrees by the human Bunsen burner that is Verstappen.

By the time of the Bahrain Grand Prix, the Dutchman, who is a year younger than Albon, had earned 109 more points than his team-mate.

With Red Bull needing to be near perfect to have any chance of taking the Constructors’ title away from Mercedes, the decision was made to let Albon go and hire Perez in his place.

The British-Thai driver became the test and reserve driver before eventually finding his way back into F1 at Williams.

Since then, he has reminded everyone what he can do away from the Red Bull spotlight. He has consistently outperformed his team-mate Nicholas Latifi and, at the Australian Grand Prix, he produced a tyre-whispering masterclass to make them last all but one lap and finish P10.

As with any driver unceremoniously dumped from Red Bull (see Pierre Gasly) the question of what comes next is a tricky one. It is unlikely Albon will ever get another taste at life at the top but his talent is great enough to earn a midfield spot.


Did you miss our previous article...
https://formulaone.news/mercedes/funky-venues-f1-may-head-to-including-colombia-and-london-with-iconic-tracks-in-danger
Mercedes