One of Great Britain’s innumerable abandoned rail tunnels is about to find a new life.You’ve probably never heard of Catesby Tunnel before. It is.. 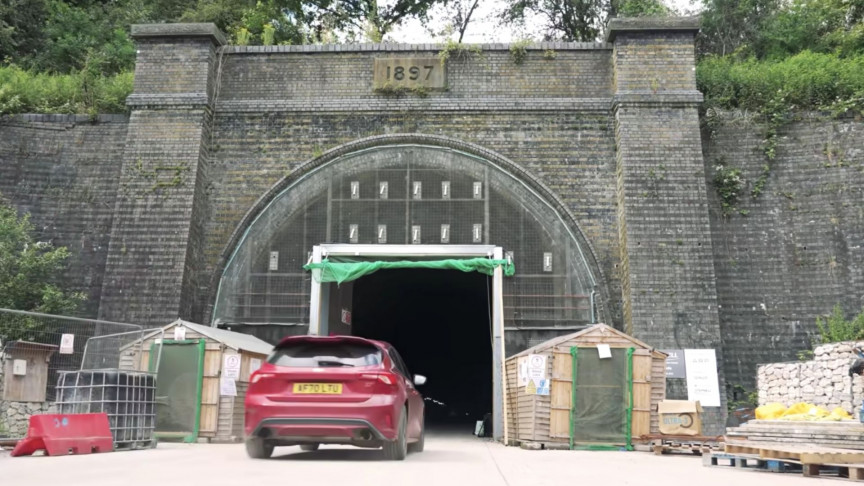 One of Great Britain’s innumerable abandoned rail tunnels is about to find a new life.

You’ve probably never heard of Catesby Tunnel before. It is one of the myriad of British rail tunnels that have been abandoned since the Victorian era. It was built in 1897 and closed in 1966.

It’s 1.68 miles (2.7 kilometers) long and sealed at both ends, making it ideal for testing F1 cars. This is exactly what it will soon be used for: F1 test cars.

In front of the tunnel is a massive structure that enables a truck to drive into the facility and transport a secret car without anyone seeing it. The building is further split in two so you can have Aston Martin F1 on one side and Red Bull F1 on the other, and the two of them can’t spy on each other.

But you’re probably wondering what’s in the tunnel? How do you take such an old construction and update it to test today’s most powerful vehicles? What upgrades are required and what will the end product look like? And what do you do about noise? Fast cars are very noisy, especially when tested at top speed.

The video answers all of these questions and more, and gives you an exclusive look inside the secret tunnel. It’s a clip not to be missed!

The post The old train tunnel turned into a wind tunnel for F1 cars first appeared on monter-une-startup.
Did you miss our previous article...
https://formulaone.news/mercedes/watch-mercedes-f1s-james-allison-describes-the-guest-experience-of-having-tom-cruise
Mercedes