Red Bull Racing started the 2022 F1 Hungary GP weekend hoping to pick up scraps. The Hungaroring has not been a happy hunting ground for them and by .. 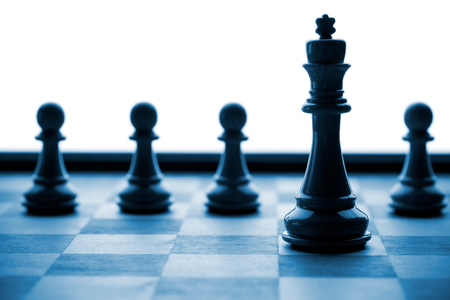 Red Bull Racing started the 2022 F1 Hungary GP weekend hoping to pick up scraps. The Hungaroring has not been a happy hunting ground for them and by contrast Lewis Hamilton has 8 poles and 8 wins in Budapest. Friday practice in the heat saw Max Verstappen almost a second slower than the lead Ferrari in FP1 though he reduced this to 0.3 seconds in FP2. However the long run pace of the Ferrari’s was way superior to the Red Bull cars and all did not look well for Raceday.

Red Bull’s woes continued on Saturday in qualifying which saw Sergio Pérez fail to make Q3 and P11 for the race and Max Verstappen suffering power unit problems which saw him start on Sunday in P10.

Verstappen believed as the grid was formed that “getting close to the podium” was his best target for a race result.

Max lost a place at the start and was in P11 and a win looked highly unlikely.

A one stop strategy would require a team to run the opening stint on the medium tire then switch to the hard tire around lap 25. Yet the hard tire proved disastrous after the Alpines and Kevin Magnussen fitted them at the first stop.

Red Bull Racing were minutes from disaster as the cars lined up on the grid as Christian Horner revealed post race.

“We switched our strategy on the grid. [On the pre grid laps ] Both drivers felt they were struggling to generate temperature on the soft tire and we were due to start the race on the hard tire.”

So we switched on the grid [to the softs] to deal with the [cooler] ambient conditions and the soft tire went much further than we thought.”

This meant Red Bull were committing to a two stop strategy which in the end proved the way to go. Honer reveals when he thought Max could actually win the race came when Ferrari made a surprising decision.

“The key moment for the race for us was as soon as we saw Charles go onto the hard tyre, we thought we’ve really got a chance now.”

Starting on the hard tire with Max and Sergio in P10 and P11 is a well trodden strategy for teams whose drivers are out of position due to qualifying woes. The tires are slower but can run a lot longer allowing the drivers to pass others on the grid. However, the hard tire proved to be a disaster in Hungary which had been the case in Friday practice even with temperatures twice that of race day.

Red Bull advertised a catastrophe by listening to their drivers inout following the three laps the cars did prior to the grid formation. Ferrari had the evidence of the Alpines and Magnussen to learn from yet still shod Charles LeCLerc with the ‘concrete’ tires 2/3rds of the way through the race.

Charles LeClerc contradicted his team principal who denied the hard tire strategy was to blame and claimed the Ferrari car just didn’t work well in the cool ambient temperatures.

“Honestly the pace on my side, I was pretty happy. The only thing is that everyone will remember the last part off the race which was a disaster for me. That’s where I lost the race. 20 seconds with the pit stop another maybe 6 seconds on 5v laps on the hard because I was just all over the place with these tires.

That’s where we lost our race.”

LeClerc told the team he wanted to stay on the mediums and not fit the hards but unlike Red Bull who listened to their drivers input and avoided disaster at the start of the race, Ferrari ploughed ahead with the strategy their driver had questioned.

“I said on the radio that I was very comfortable [to continue] on the medium and wanted to go as long as possible with those tires because the feeling was good.”

“I don’t know why we took a different decision.”

A win for Red Bull and just P6 for LeClerc.