Lewis Hamilton’s top speed lead at Interlagos last weekend gave him a sensational weekend as he came from the last start in the sprint race to win.. 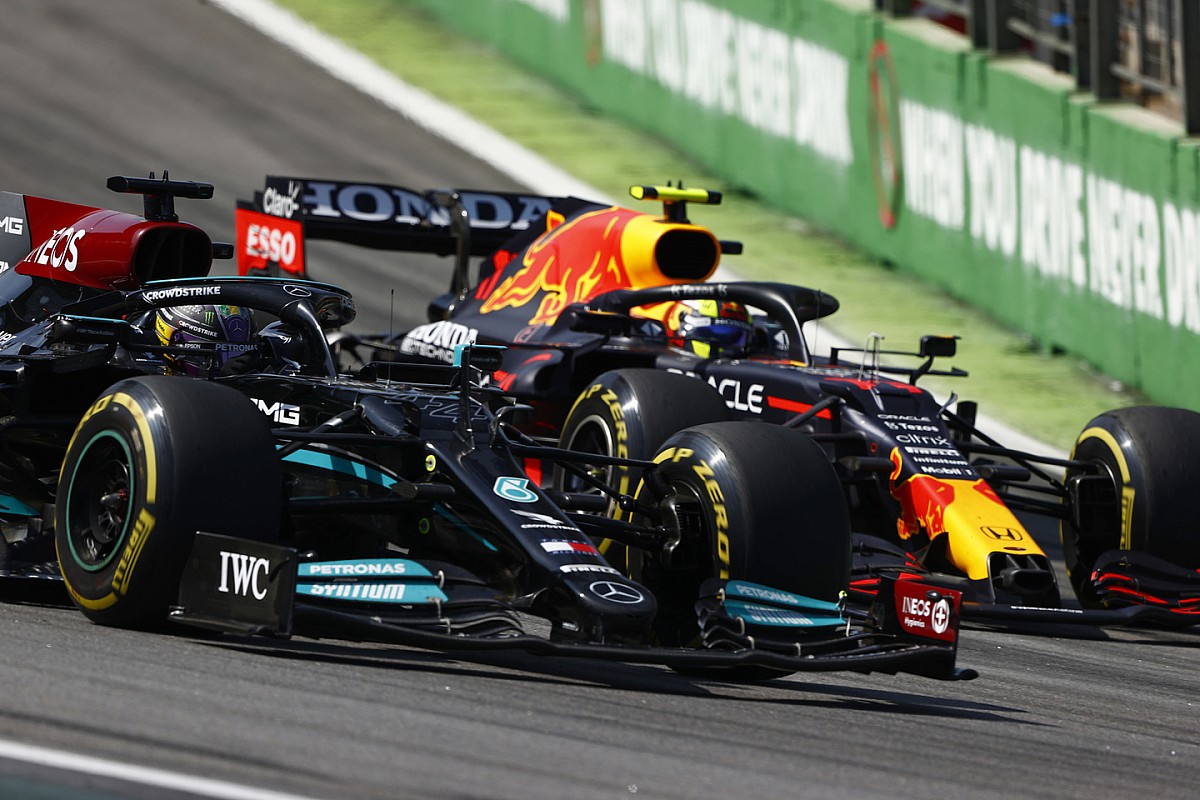 Lewis Hamilton’s top speed lead at Interlagos last weekend gave him a sensational weekend as he came from the last start in the sprint race to win the Grand Prix.

In particular, the lead over Red Bull helped the Milton Keynes-based squad fuel further intrigue over Mercedes having found a clever way to increase top speed.

There is suspicion that the Mercedes rear wing was bending, which caused Max Verstappen to inspect the flaps in Parc Ferme on Friday after qualifying. This was a violation of the regulations and earned him a fine of 50,000 euros.

While there had been some speculation that Red Bull might take things to extremes with a protest, the decision was made against it in Interlagos.

However, the Milton Keynes-based cadre says they want to gather more analysis and evidence on the situation.

Team principal Christian Horner said: “We won’t protest after this race. It is important to understand where the speed is coming from.

“Obviously they had a new engine here. They have Monaco-level downforce and when he overtook Max he was almost 30 km / h faster on that lap.

“So it’s just something we need to understand. It’s up to the FIA ​​to oversee and rule the sport, so we trust them and their testing and investigation.”

Horner said Verstappen was powerless to do anything against Hamilton in Brazil because the speed was straight.

“It [the Mercedes] wasn’t rideable, “he said.” We defended as hard as possible. Max did his best, he drove hard, but there was just no chance.

“We have the highs in Mexico and Austin and now we have a low here. But it’s an uphill battle as we’ve probably led 75% of the race. One week to the next, so we’re going to brush ourselves down and fight again in one.” Week.”

The prospect of a protest against the Mercedes rear wing came on a weekend when tensions between Mercedes and Red Bull escalated after the DRS exclusion and a controversial moment between Hamilton and Verstappen on the track.

Mercedes boss Toto Wolff said it was up to Red Bull whether it wanted to pass on its concerns, but it was clear that it was only about his team being ahead in the end.

“This sport is also about not leaving anyone at an advantage,” said Wolff. “If you want to protest, you can. And skepticism about your competitor’s performance is okay too.

“So I don’t have any emotions, either negative or positive. But the weekend has definitely been a roller coaster ride for us and that’s why it feels better to win.”