After seeing that most of the leading drivers were in the pits for a new set of intermediate tires with about 20 laps to go, Mercedes decided to.. 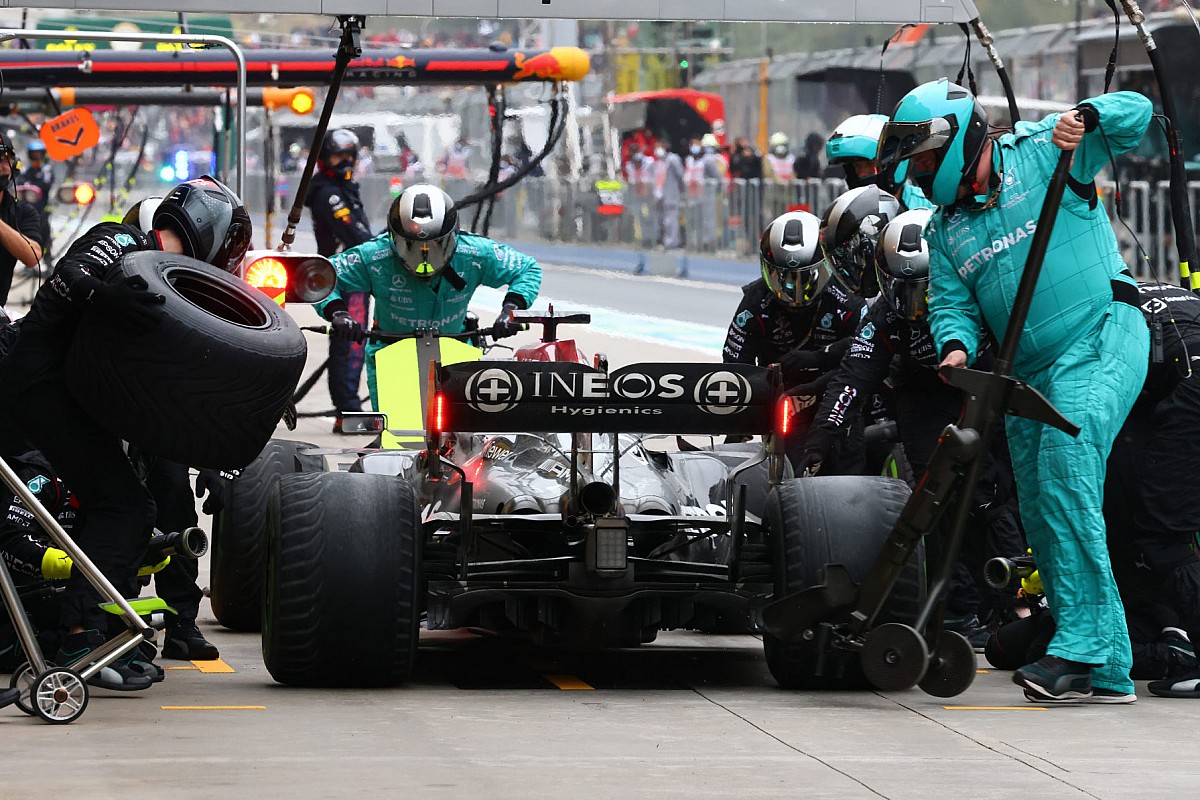 After seeing that most of the leading drivers were in the pits for a new set of intermediate tires with about 20 laps to go, Mercedes decided to leave Hamilton outside as they felt their tires were still in good condition was.

The team considered leaving Hamilton out until the end of the race, only to eventually pit him with eight laps left after he started losing time against the cars that were chasing him.

Hamilton had moved up to third place before the pit stop, but lost places to Sergio Perez and Charles Leclerc after the switch. He was put under pressure for fifth by Pierre Gasly as he was struggling with graining.

Hamilton told Mercedes over the radio that he “shouldn’t have come in” and was frustrated after losing the lead in the drivers’ standings to Max Verstappen.

The only driver who finished the race without a pit stop was Esteban Ocon, who finished 10th for Alpine. However, he admitted that his tires ended up being “pretty badly damaged” and believed that if the race had taken one lap longer he would have suffered a puncture.

Mercedes track engineer Andrew Shovlin stated that Ocon’s drop in lap times towards the end of the race proved how risky it would have been to keep Hamilton out.

“If you look at Esteban, he was overtaken by Lance [Stroll] About five or six laps to go and he ended up 17 seconds behind him, ”said Shovlin.

“You fall away so quickly. We think about that, not only if we can continue at this pace.

“Esteban lost another two seconds on this short stretch to the finish, and things went wrong there.

“We’ll go through it and check it out, but we’re pretty sure we would have lost those two places if it hadn’t been for more.”

Ocon’s times crashed towards the end of the race when he lost more than three seconds per lap on Stroll. Antonio Giovinazzi finished 11th just behind Ocon and had the feeling that he needed another lap to snatch a point from the Alpine driver.

Hamilton’s times on worn-out intermediates were comparable to those pitted for a while, but once they got through the graining phase, the loss of lap time forced Mercedes to act.

“When Perez brought his intermediate in and went through the graining phase, we lost 1.5 or 2 seconds per lap and it was clear that we would probably lose that position.” [also to] Leclerc and Gasly too. “

The post Ocon’s fall proved to be a threat to keep Hamilton out until the end first appeared on monter-une-startup.
Mercedes