Mercedes glad to see the back of F1’s high-speed tracks, says Russell

Mercedes is yet to win a race in 2022 after struggling to compete with Red Bull and Ferrari since the overhaul of the car designs for this season.But .. 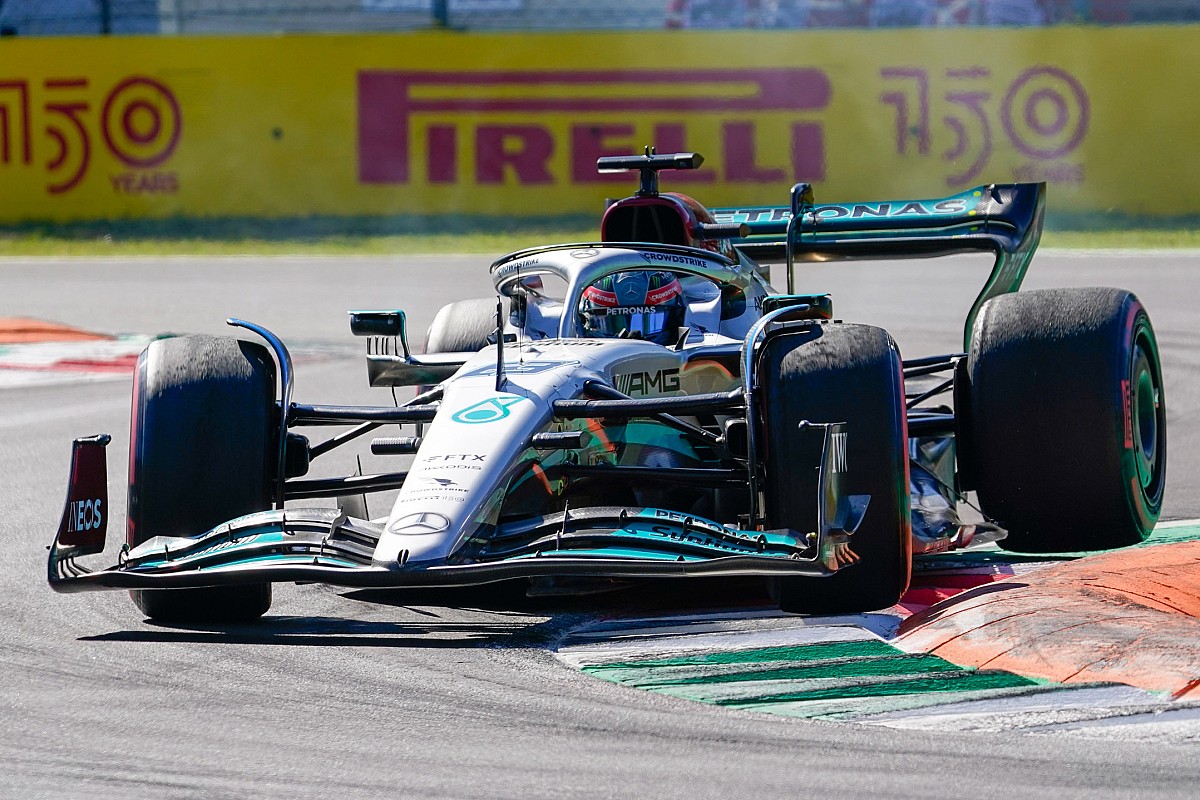 Mercedes is yet to win a race in 2022 after struggling to compete with Red Bull and Ferrari since the overhaul of the car designs for this season.

But after combatting a porpoising problem on its W13 car through the early part of the year, Mercedes has been getting closer to the front, recording a podium finish in eight of the last nine races.

Russell managed to finish third last time out at Monza despite Mercedes’ struggles in matching the pace of Red Bull and Ferrari around the high-speed track.

Russell admitted Ferrari “surprised” him with his pace around Monza, leading to a “lonely race” that made him glad to see the end of the run of high-speed tracks.

“Our car certainly wasn’t performing at its best around this circuit,” said Russell after the race at Monza.

“I think we have a good idea why that is, and [we are] sort of happy that these low downforce, high-speed circuits are behind us now.”

Mercedes proved more competitive at Zandvoort than at high-speed circuits like Monza.

Mercedes has tended to perform better at high downforce tracks this season, recently showing its pace at the Hungaroring and Zandvoort.

Russell managed to score his first F1 pole in Hungary, while Mercedes was in the fight for victory at the Dutch Grand Prix before a late safety car played against Russell and teammate Lewis Hamilton.

The strengths of the W13 car bode well for the upcoming sequence of tracks, starting with the street circuit in Singapore at the start of October.

Asked if he thought Singapore would offer Mercedes more of an opportunity, Russell said there was “no doubt about it” compared to Monza, but remained wary of the bumpy track.

“On paper, Singapore should suit our car,” said Russell.

“But when we look back at the street circuits of Monaco and Azerbaijan, our car doesn’t fare too well over the bumps. So, we’re not too sure how it will fall out.

“But we need to keep on pushing, keep on improving the car. I’m pleased that we’ve got a clear direction we need to go [in] now.”