Formula 1 | Should the FIA ​​be able to use the ‘red flag weapon’ at the end of the race?

Mercedes F1 technical director Mike Elliot believes Formula 1 must stay consistent with its rules, and believes race management was right to end the.. 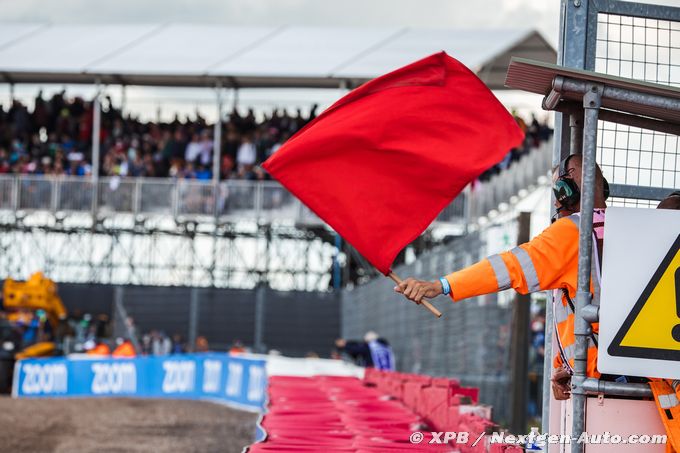 Mercedes F1 technical director Mike Elliot believes Formula 1 must stay consistent with its rules, and believes race management was right to end the Monza race behind the safety car.

In the final stages of last weekend’s Italian Grand Prix, Daniel Ricciardo stopped on the circuit with a mechanical problem on his McLaren.

His car could not be pushed off the track quickly as it was stuck on a gear and the race ended behind the safety car.

Some were upset by this ending, with suggestions that putting a red flag in the final laps of a race might prevent this.

« It doesn’t matter what the FIA ​​​​and the F1 teams decide to do about it in the future; from our team’s point of view, what we really want is consistency. We want to see the rules applied. the same way every time, so everyone knows what’s going to happen, » he said, in still very clear reference to what didn’t go well in Abu Dhabi in 2021.

Elliot suggests it would have been unfair for Max Verstappen to lose the race after a restart. And giving the red flag to the FIA ​​​​as a tool to ensure the show would be a very dangerous weapon…

“Max was in that 1st position for a large part of the race, so he deserved his victory. I think once you have a choice in the tools at your disposal, it is even worse: if the race can put a red flag or not, again you decide who you want to see win the race. To merit behind a safety car or at the finish? It’s like a weapon and the controversies would not fail each time except if there is something set in stone that forces the FIA ​​​​to choose one or the other in the rules. »

« These are tough decisions. From my perspective, and this is personal, it would have been nice to see George fight back at the end of the race potentially having the chance to get another position or two. »

« But I also think in the way the race ended we have the right driver who won and the fact that it happened under the safety car is something we just have to accept. »


Did you miss our previous article...
https://formulaone.news/mercedes/its-just-a-number-amid-whispers-of-retirement-37yearold-lewis-hamilton-makes-intense-claim
Mercedes