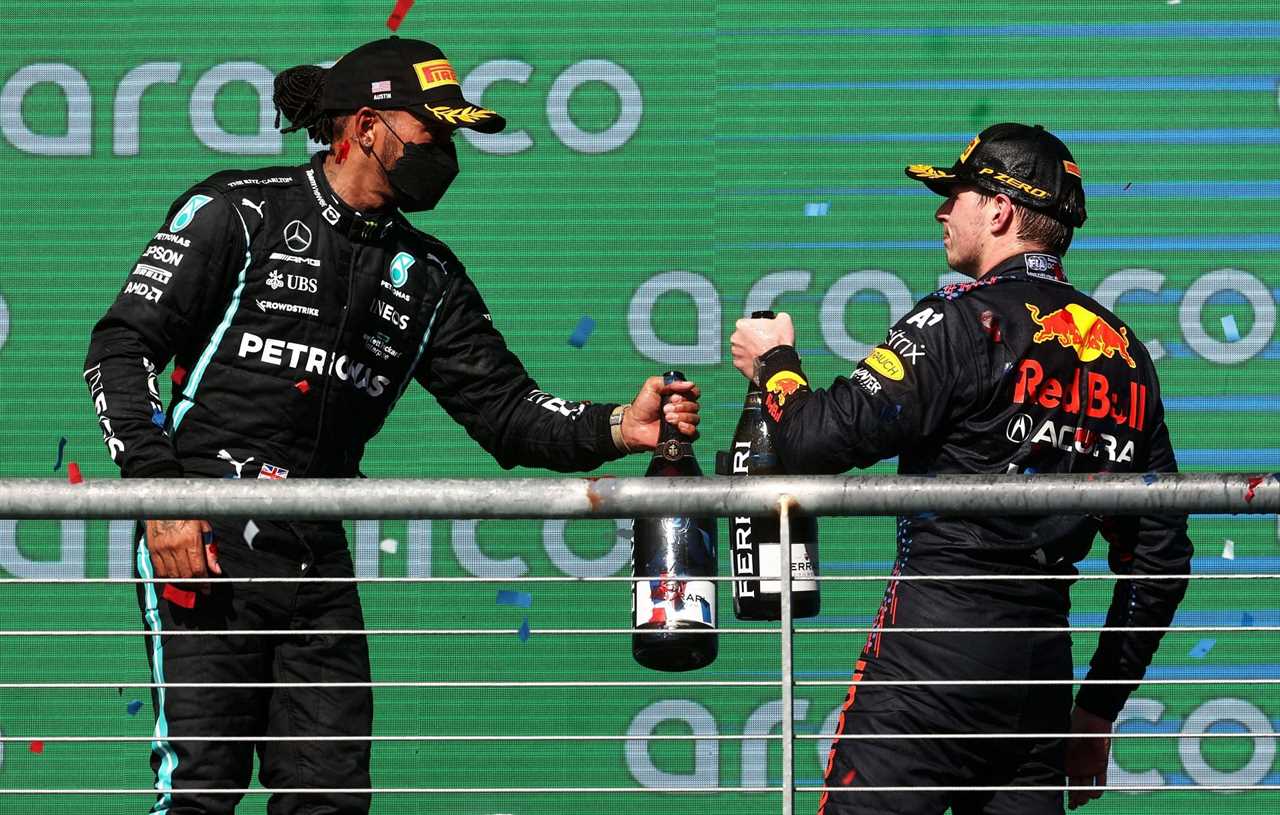 Max Verstappen and Lewis Hamilton’s iconic battle from the 2021 Abu Dhabi GP has won the BAFTA TV under the sports category.

The 2021 F1 season is now considered by many to be one of the greatest seasons of all time. The year marked the first time in the turbo-hybrid era that another team took the fight to Mercedes, who have been the most dominant team since 2013.

The season-long battle between Lewis Hamilton and Max Verstappen boiled down to the last lap of the 2021 Abu Dhabi GP, which is highly controversial to many fans.

Some members of the Sky F1 team were present to collect the award at the prestigious award ceremony, with others being present at the 2022 F1 Miami GP.

While Verstappen and Hamilton battled all year long in 2021, Mercedes were so far unable to provide the Briton with a car capable of fighting Ferrari and Red Bull. This put him on the back foot for the rest of the season.

While the German team has made improvements in 2022, they still have quite a way to go before they become a championship threat to Ferrari and Red Bull.

Lewis Hamilton, who started the season in Bahrain with a podium finish and was running third in the championship, has been outperformed by George Russell for the fourth consecutive race.

Many look at Hamilton’s P6 finish at the 2022 F1 Miami GP as a brilliant recovery for the team. However, it still places him only sixth in the drivers’ standings, 23 points behind Russell.

Speaking to the media after the race, Hamilton reflected on his P6 finish, claiming the overall result was satisfying:

“I was giving it everything but was a bit stuck behind few people at the beginning, a bit unlucky. But you live and you learn. I got back to sixth, we got points so didn’t lose anything there really.”

Russell has been able to extract more performance from the otherwise undriveable Mercedes W13, showcasing his unique talent.

He started the 2022 Miami GP in P12 after a woeful qualifying session but managed to finish in P5 after a bold strategic move from the Silver Arrows.

Did you miss our previous article...
https://formulaone.news/mercedes/nico-rosberg-raises-question-mark-over-f1s-future-plan-as-sport-tipped-to-go-electric-f1-sports
Mercedes