Lewis Hamilton’s cheeky suggestion that he ‘might be calling a sickie’ to avoid racing his uncompetitive Mercedes car one more time was vindicated by .. 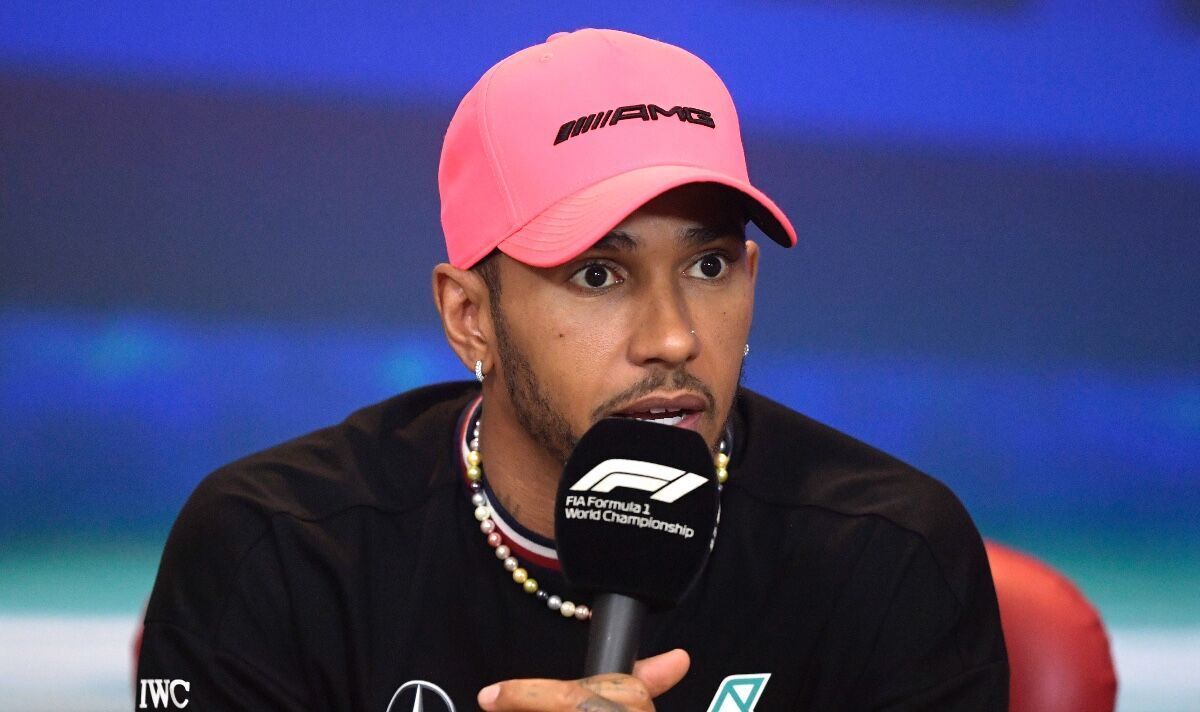 Lewis Hamilton’s cheeky suggestion that he ‘might be calling a sickie’ to avoid racing his uncompetitive Mercedes car one more time was vindicated by his team’s performance in post-season testing. Hamilton ended a miserable worst-ever season in F1 with a retirement in the season finale in Abu Dhabi, meaning he finished sixth in the driver’s standings.

The mechanical fault that forced his retirement summed up Hamilton’s year as he finished a full campaign without a race win for the first time since joining the F1 grid 2007. Hamilton is relieved his season is over after witnessing 2021 rival Max Verstappen cruise to his second world title in a dominant Red Bull, while the Brit has been desperately scrapping for his nine podium finishes.

But Hamilton had to put Mercedes’ forgettable W13 car through its paces once more in 2022 as the F1 paddock remained at the Yas Marina circuit for a lengthy period of tire testing on Tuesday.

“I might be calling a sickie, [pain in] my back or something,” Hamilton joked before jumping back into the car for some final laps testing Pirelli’s 2023 tires. And the Pirelli tires hardly looked a strong match for the Mercedes W13, as Hamilton and teammate George Russell both toiled.

Hamilton finished 17th fastest, while Russell was 23rd as a total of 24 drivers took to the track on the testing day. Teams were undergoing the traditional Young Drivers’ Tests, while also testing the Pirelli tire compound. And Ferrari enjoyed a rare 1-2-3 finish with the Scuderia’s young driver Robert Schwartzman impressed with a third fastest time.

Elsewhere, Fernando Alonso drove an Aston Martin for the first time following his imminent switch from Alpine ahead of the 2023 season. Australian Oscar Piastri also enjoyed his first outing for McLaren after replacing Daniel Ricciardo.

But the lack of pace of the Mercedes as F1 wraps up for 2022 puts a familiar end to a frustrating season for Hamilton. The 37-year-old will be desperate to challenge the irrepressible Verstappen next year, and Team Principal Toto Wolff has vowed that Mercedes will be ‘back’ as they look to build a car that can close the gap to Red Bull.

“First of all, we’re gonna put these cars in reception at Brackley and in Brixworth to remind us every single day how difficult it can be,” Wolff told Sky Sports. “But thank you everyone, this is a character-building season. Not a blip for a race but a full season. You keep pushing so hard, the engine came along really well and I’m proud of what we achieved there.

“On the chassis side there were more bad moments than good ones but the good ones were spectacular like a week ago (Russell’s win in Brazil). It made us feel how good it can be and now we’re just pushing forward for next year. It’s raw, it’s bad and it’s okay to feel like this but next year we are back.”