The name “McLaren” is synonymous with vehicles of the “super” and “hyper” variety, and soon its reputation might also extend to the “micro” end of.. 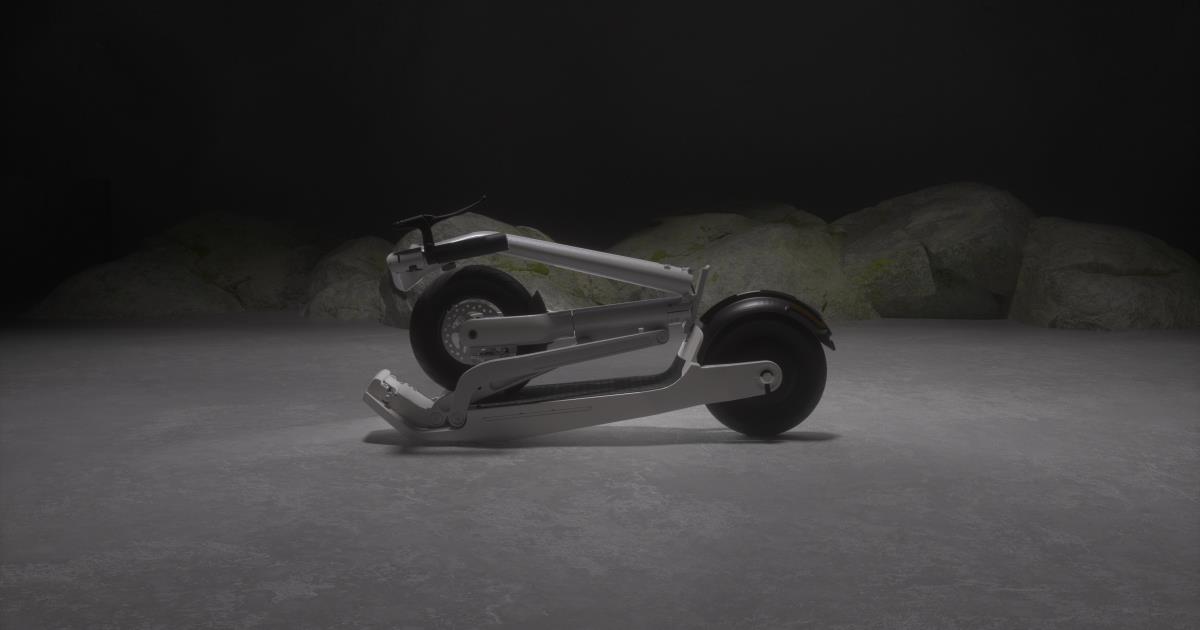 The name “McLaren” is synonymous with vehicles of the “super” and “hyper” variety, and soon its reputation might also extend to the “micro” end of the spectrum. This week, McLaren Applied, the electrification and technologies business formed and later sold by McLaren Group, spun off the new micro-mobility brand Lavoie. The company is looking to inject some serious F1 talent and know-how into creating personal mobility solutions. Its Series 1 e-scooter showcases a patented Flowfold mechanism that seamlessly collapses the sizable scooter down to an easy-carry package in one swift motion.

Fast, reliable single-fold mechanisms are common on stand-up kick scooters…even the most basic Razor from the big box store down the road. The mechanisms we’re most familiar with have a single locking hinge around where the stem tube connects with the deck frame, allowing the former to drop down atop the latter.

Lavoie has refined this simple style of fold-down with a multi-fold design inspired by race car suspension. It appears to operate just as easily as the smoothest single-fold stem while better compacting the large-wheeled, wide-decked Series 1 frame into a small grab-and-go package.

The Flowfold clamp pulls open smoothly, letting the owner fold the stem in half, simultaneously pulling the front wheel over the deck and locking it into carry position. The owner can then carry the 36-lb (16.5-kg) magnesium-framed scooter wherever it needs to go. It looks like a particularly handy design for scootering in a hurry, compacting instantly should the rider need to catch a departing train or run upstairs to the office seconds before clock-in time.

We’re a bit surprised Lavoie doesn’t use some of its race-car-suspension-inspired design to develop an actual suspension for one or both wheels, as other scooter manufacturers have, but it says the large, wide tires provide their own cushioning when rumbling over city potholes and bumps.

The Series 1 can travel up to 31 miles (50 km) per charge with the help of a rear-integrated KERS braking system. It recharges in as few as two hours.

Lavoie’s innovative lighting spread illuminates the rider from a rear light array and the lower frame and ground to the sides with side lights, keeping the scooter and rider visible to other road users. Up front, a unique triangular headlight illuminates the road ahead. Indicator lights are controlled from the handlebars, and an integrated display provides information that includes turn-by-turn navigation.

Lavoie plans to reveal more details about the Series 1 in the coming weeks. This week’s announcement was focused more on introducing the brand and using the Series 1 as a tangible preview of its mission to build micro-mobility solutions to McLaren motorsport and supercar standards.

“We wanted to make a vehicle that’s reliable, faultlessly functional, powerful, stylish, full of state-of-the-art technology, and built the way you would a car or a motorcycle,” said Wertheimer, Lavoie cofounder and CEO. “We knew we could do this by combining our own expertise and experience with a company that operates at the highest level in the fields of automotive, motorsport and electronics.”

We’ll look for Series 1 details like motor power, battery capacity, availability and price as they drop. In the meantime, you can get a better feel for how the Flowfold mechanism streamlines the operation of the Series 1 via the short teaser video that auto-plays atop Lavoie’s website.


Did you miss our previous article...
https://formulaone.news/mclaren/not-giving-up-andretti-claims-f1-bid-progressing