Lewis Hamilton is reportedly disillusioned with Formula 1 after the controversial scenes at the Abu Dhabi Grand Prix.Video is loadingVideo not.. 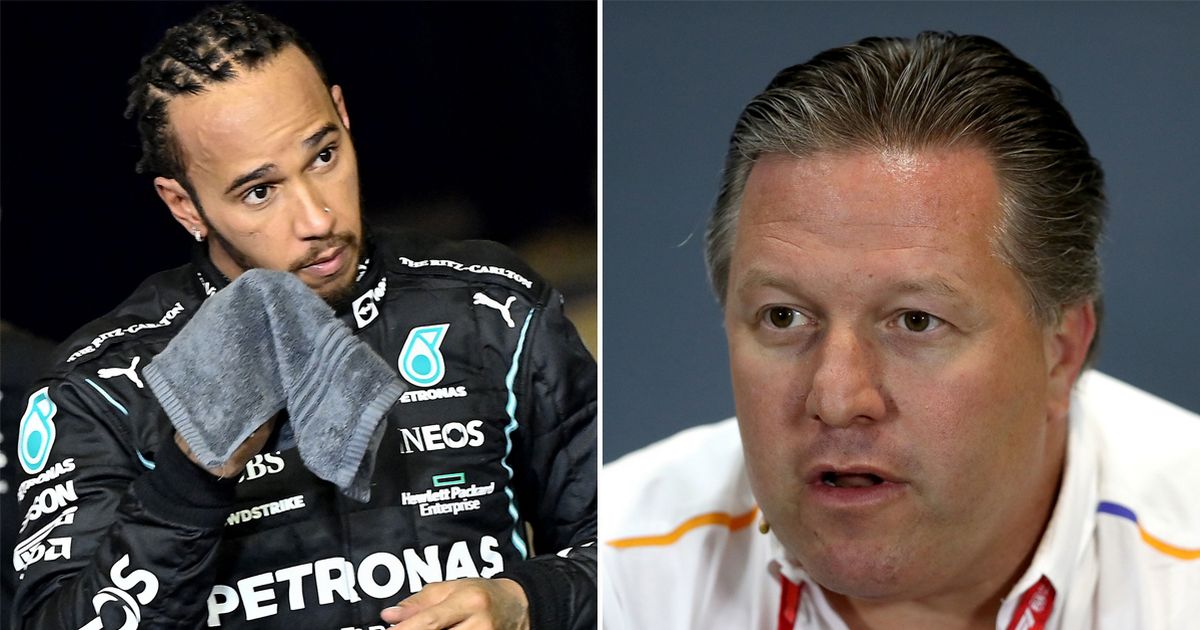 Lewis Hamilton is reportedly disillusioned with Formula 1 after the controversial scenes at the Abu Dhabi Grand Prix.

Red Bull star Max Verstappen clinched his first world title in dramatic and controversial circumstances after the Dutchman overtook the seven-time world champion – who had dominated much of the race – on the last lap of the season as a late safety car and tire change spun in his favor.

Mercedes’ anger was largely directed at FIA race director Michael Masi after he decided not to allow cars to lap themselves as is tradition, only to have his mind changed and the last lap showdown between Hamilton and to apply Verstappen.

The Silver Arrows reportedly only dropped their appeal against the results of the race after agreeing a deal with the FIA, which said both Masi and FIA chief of technical affairs for singles, Nikolas Tombazis, would test ahead of the season would be removed from their posts in 2022.

Masi’s approach in the final was heavily criticized, with Hamilton implying over the radio that it was “rigged”. An FIA investigation was launched last week but the results may not be released until the eve of the season-opening Bahrain Grand Prix on March 20.

It has led to reports that Hamilton could resign if Masi is retained – and McLaren boss Brown said: “I wouldn’t be shocked if Lewis quit and I don’t think anyone should expect him to come back.

“We shouldn’t ignore or not acknowledge his frustration and anger, and maybe he hasn’t made a decision yet, and maybe he needs time to make that decision. I don’t think we should rule out retirement or take it lightly.”

On Tuesday Mercedes announced they will be launching their car on February 18 amid the new era of regulations. Hamilton is believed to be present at the launch along with his new teammate George Russell.

While Hamilton’s contract with Mercedes expires at the end of the 2022 season, Brown believes the 37-year-old will return to action.

“Personally, I think Lewis still has that burning desire to race, which will ultimately drive his decision, and I think he’ll be back,” Brown added. “Sure he’s very angry but I think racers want to race and he’s at the top of his game.

“He’s a fighter and he’ll want to come back and try to win an eighth world championship. Once you hang it up, you hang it up and I don’t think he’s ready to do that and let an incident drag him into retirement.”

Hamilton and Mercedes team members did not conduct further media interviews after the season. The Brit, who was knighted at Windsor Castle after the season, has yet to post on his social media accounts since the events of December 12, 2021.

Brown believes the pressure on Masi led to the decisions at the Yas Marina Circuit.

“As you can imagine, there were five laps left and there was tremendous pressure (on Masi),” Brown said. “And when people bend their ear to the referee, it’s quite difficult to make decisions when you have that noise.

“It’s good for TV that the mic was open, but it caused some decisions that might not have been the right decisions.”

The 2022 season with 23 races starts from March 18th to 20th, the winter tests for the completely new generation of vehicles will start on February 23rd.