IndyCar star Colton Herta will test with McLaren’s F1 team this summer.As F1’s popularity surges in the US, the one thing they are missing is an.. 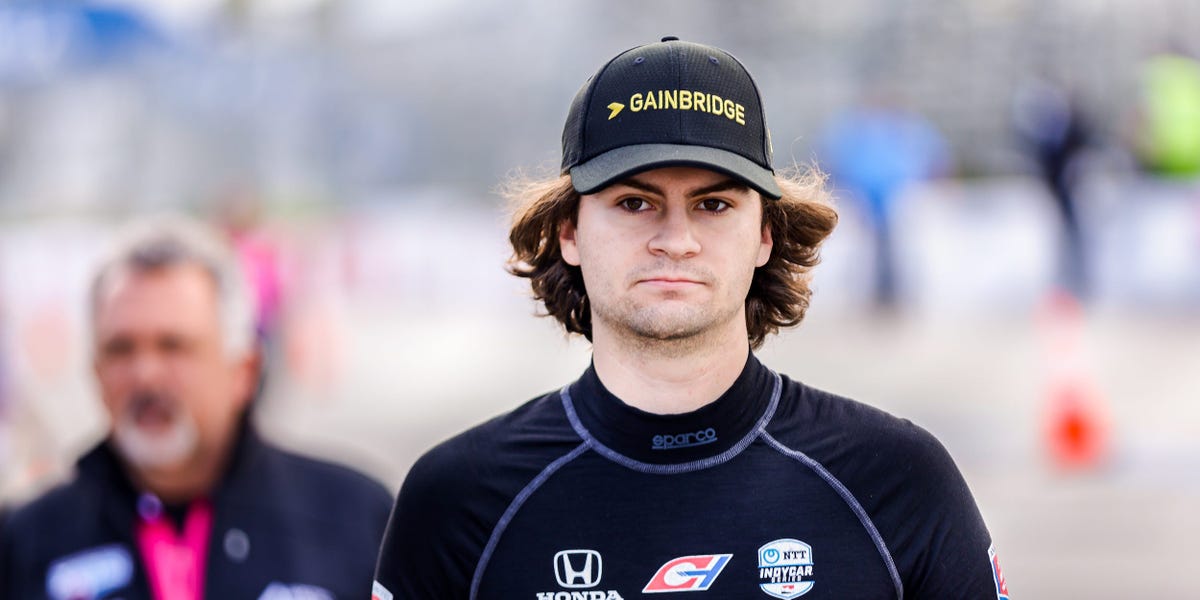 IndyCar star Colton Herta will take an important first step this summer toward fulfilling his dream of joining Formula One, but other F1 drivers want to be sure that he is not just being rushed because he is American.

This summer, Herta will test with McLaren in one of their 2021 cars. The team will use the test to evaluate Herta and see if he is ready to fill one of the team’s two rookie race-weekend testing sessions in a 2022 car.

Herta’s assignment for McLaren renews the question of when we will see the next American driver in F1. The last American was current IndyCar driver Alexander Rossi, who entered five races in 2015, and the last full-time F1 driver from the States was the aptly named Scott Speed ​​in 2006 and 2007.

F1’s popularity in the US has experienced a sudden surge, thanks, in part, to the popularity of the

hit series “Drive to Survive,” the success of the US Grand Prix in Austin and the Miami Grand Prix, and the excitement over the upcoming Las Vegas Grand Prix in 2023. But some wonder if that growth can be sustained without an American star on the grid.

While F1’s popularity in the US could be boosted with the addition of an American driver, the downside is the risk of diluting the product on the track.

Before the Miami Grand Prix, Insider asked Mercedes driver George Russell about the prospects of adding an American to the ranks.

“I think Formula One is the pinnacle of the sport, and we shouldn’t have a driver on the grid just because of their nationality,” Russell said. “We should have the best drivers earning their right to be here and proving themselves when they’re here. So I think we don’t live in a perfect world, but this is the pinnacle, and it needs to stay like that.”

Herta made a case for having the talent this past week on the Indianapolis road course, winning the race in the rain after this incredible save.

Russell added that everything about F1 is the “best,” and that should include the drivers.

“We have the best engineers, we have the best everything here, we go to the best places, and that needs to filter down to the drivers as well,” he said. “When you’ve got the best, often the show becomes even better.”

“Here in the States, it’s the NFL, it’s NBA, it’s NASCAR, IndyCar, and I mean, in my 16 years of coming over here, it’s been such a slow build, trying to bring awareness of the sport,” Hamilton said before the MiamiGP. “Maybe now’s the time to start focusing on how we can include more people here because it’s such a diverse country. I’m sure there are some amazing drivers here somewhere, as they’ve got so many great sporting talents. So, it’ d be a good mission for us to find the next one.”

Herta calls F1 a “serious ambition” of his, but he still needs a Super License and a seat

During a recent appearance on the F1 Nation podcast, Herta talked about his desire to make the jump to F1.

“It is a serious ambition of mine,” Herta said, adding later: “I want to be in F1 at some point in my career, and obviously, time is essential to that, so it’s going to be very important to do a good job in the test and hopefully open some doors. As far as I’m concerned right now, I don’t have a race seat. I don’t have a contract for one, so anything can happen. I’m hoping that if this doesn’t lead to anything with McLaren, it gets people talking a little bit. Maybe it will open a door if I can go quick enough in the car.”


One thing holding Herta back is his need for a “Super License,” which is required to compete in F1.

Herta needs 40 points over three years and has 28 combined from 2020 and 2021. He would need 12 points this year between his IndyCar performance (he received eight points for his fifth-place finish in 2021 and 20 for his third-place finish in 2020 ) and F1 testing (according to Nathan Brown of Indy Star, Herta’s testing with McLaren will earn him points, although it is unclear how many).

Herta has also been linked to Michael Andretti’s failed bid to purchase the Alfa Romeo team and his recent hopes of buying an F1 expansion team. However, the easier path might be with McLaren, with Andretti’s chances of securing a team still up in the air.

McLaren is already a popular team in the US, and Daniel Ricciardo’s contract is up after the 2023 season. For those hoping to see an American in F1, Herta wearing the papaya orange might fulfill that wish in 2024.

“We do like to think long out, hence [we are] doing some testing … with Colton,” Brown said, according to Fox Sports. “So I don’t think you can ever plan too early, but there’s no rush.”