Lewis Hamilton delivered a short and sweet response to claims made by Fernando Alonso, who suggested that the Brit had benefitted from having the.. 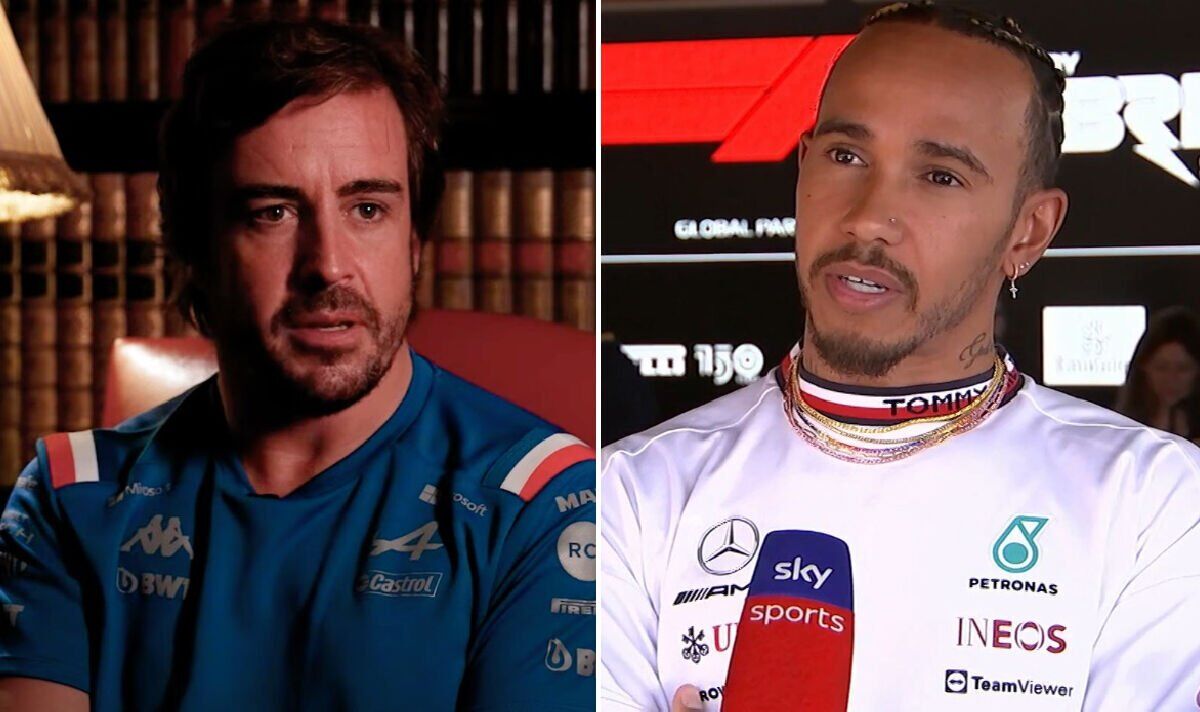 Lewis Hamilton delivered a short and sweet response to claims made by Fernando Alonso, who suggested that the Brit had benefitted from having the fastest car for a number of years. The Mercedes star was keen to point out that he drove a ‘pretty dodgy’ McLaren in 2009, and the Silver Arrows are currently enduring similar struggles as their streak of eight Constructors’ Champioinships in a row looks set to fizzle out.

Alonso and Hamilton are former team-mates, and know each other well having spent most of the past 15 years lining up on the same grid. There was tension back in 2007 during Hamilton’s rookie season with McLaren, as he surpassed expectations to finish level with the Spaniard and just one point behind world champion Kimi Raikkonen.

“Hamilton looked to break Schumacher’s record of seven Drivers’ Championship titles before his loss to Verstappen last season. Lewis broke all racing and pole position records because he had the fastest car. Now he may be able to race very well, but he will cross the finish line in thirteenth. That’s just how it goes in Formula One.”

Sky Sports pressed Hamilton on the comments made by his former team-mate, and he responded: “I had a dodgy car in 2009, we did get a race win eventually.” It was a short and snappy response from the 37-year-old, who seemed keen to point out that he has not always been spoon-fed success.

Pointing out that he managed to get a win in his faltering McLaren back in 2009 could also be a thinly-veiled dig at the Alpine veteran, given that he has not won a Grand Prix since 2013. His younger team-mate Esteban Ocon, meanwhile , did manage to get a victory on the board last season.

Another race win to add to Hamilton’s huge collection may have to be earned the hard way this year. Ferrari and Red Bull have both put together cars that have blown away the rest of the field, and Mercedes’ porpoising issues have left them more than 60 points off the constructors’ top spot after five race weekends.

The Silver Arrows have introduced new upgrades ahead of the Spanish Grand Prix, however. It remains to be seen how effective they are, and it could represent the team’s last chance to show significant improvement as Toto Wolff recently suggested that they will know, one way or the other, whether to preserve with or scrap their current ‘no-sidepod ‘ design.

Despite that pressure, Hamilton was in a relaxed enough mood as the weekend’s action edged closer. While waiting to find out if the new upgrades will change the game, he laughed off this season’s struggles and joked about the effects of porpoising.

Both Mercedes drivers have plenty of incentive to fight hard for victory in Catalonia as Hamilton attempts to close the growing gap to George Russell, who is yet to stand at the top of an F1 podium.


Did you miss our previous article...
https://formulaone.news/mclaren/daniel-ricciardos-rumored-flame-leaves-f1-fans-in-tears-with-a-single-instagram-post