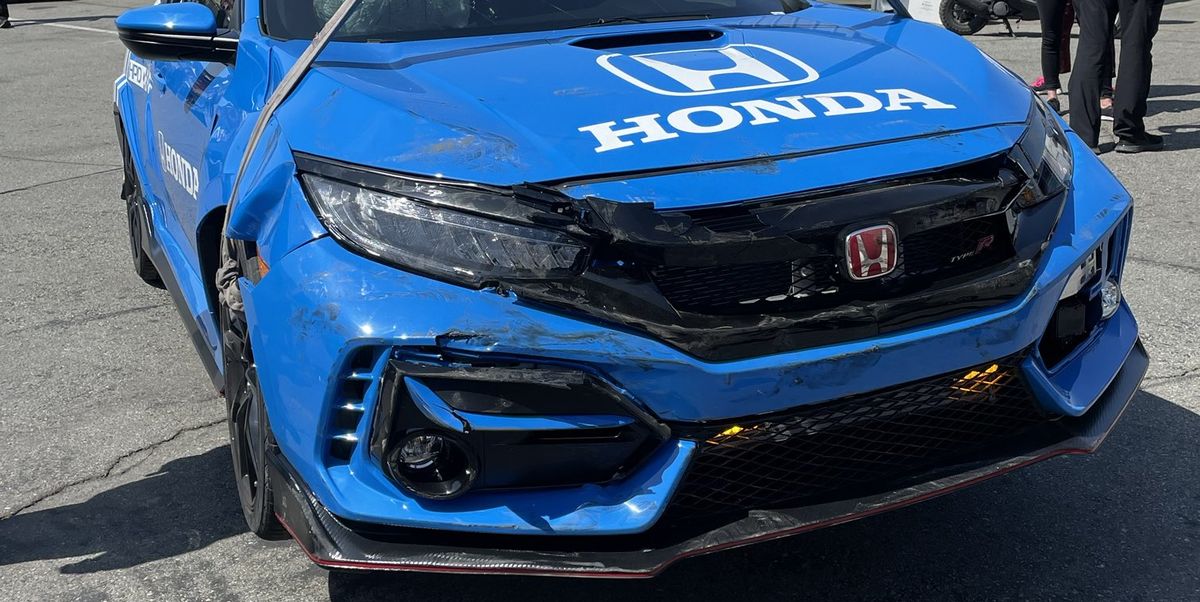 Grosjean and teammate Ed Jones entered the pit lane after filming a track report for the series when Grosjean had an obvious braking problem, struggled to slow the car and hit the tires protecting the inside of the pit wall. Photos show that an airbag has deployed, but both Grosjean and Jones are reportedly uninjured and ready for Sunday’s race.

The car was supposed to be the pace car for this weekend’s race, making it the second IndyCar pace car crash in the past four years. In contrast to this incident, luckily this one did not happen during a race. Reaching out for comment, a Honda spokesman said, “there was a small shunt in the pits at the end of a shooting session”. They added that Romain “reported a possible braking problem in the car, but luckily both drivers are fine. That is the most important thing.”

Grosjean is currently driving alongside Jones at Dale Coyne Racing but is expected to sign with Andretti Autosport to drive the Honda-powered No. 28 next season. The 35-year-old rookie and Haas F1 veteran has finished two runners-up this season, both on the Indianapolis Infield Road Course. That stretch is enough for 15th place in the series standings, despite missing three races on large ovals, including the Colons Indianapolis 500.

This content is created and maintained by a third party and imported onto this page to help users provide their email addresses. You may find more information on this and similar content at piano.io