After struggling in qualifying Schumacher and teammate Kevin Magnussen, who started in 17th, were handed a chance to fight for points when they.. 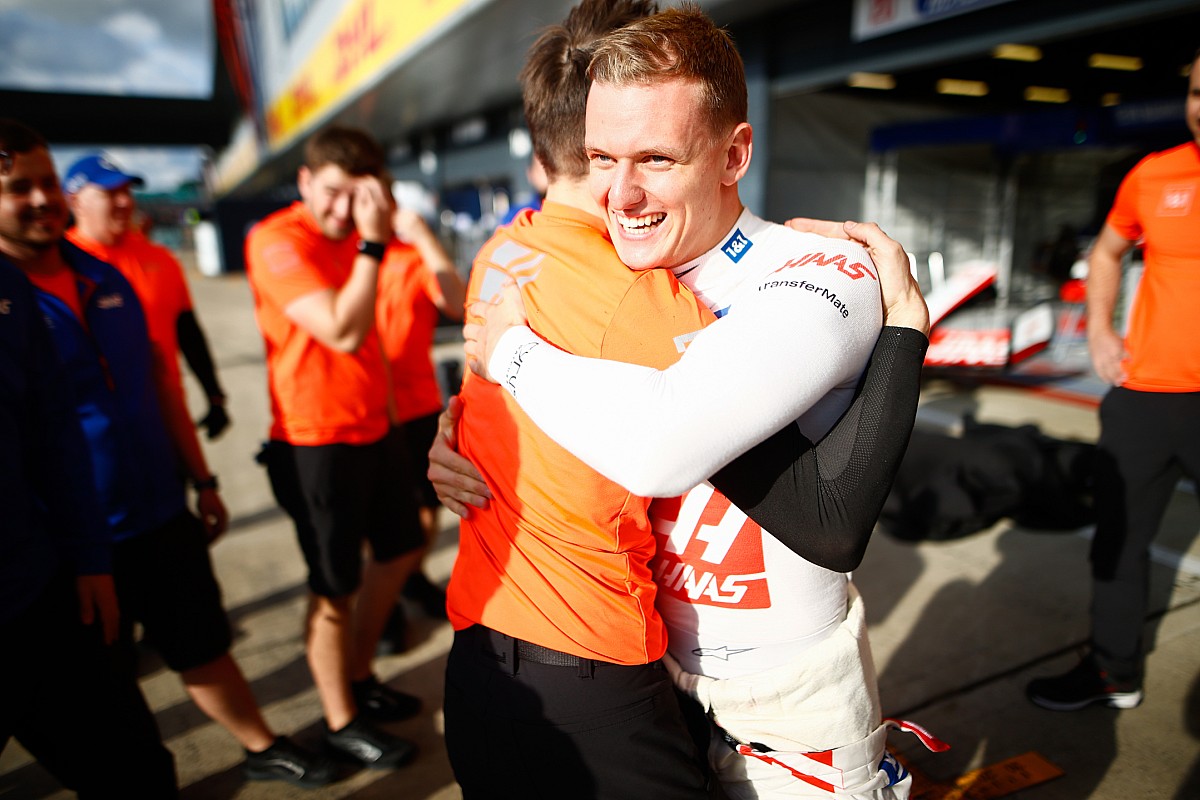 After struggling in qualifying Schumacher and teammate Kevin Magnussen, who started in 17th, were handed a chance to fight for points when they emerged unscathed through a multi-car start crash which took out several midfield rivals.

From the 14th and 16th on the restart both Haas drivers moved up the order, Schumacher’s side in particular making the right strategy calls by pitting under a late safety car for fresh soft tyres.

That allowed the German to move up from 10th at the final restart to finish eighth after almost snatching seventh away from an ailing Max Verstappen.

Schumacher said his team executed a perfect race to move up from 19th to eighth by doing “the right things at the right time” but thought he could have done even better without the safety car intervention by carrying on until the finish on the hard C1 compound .

“We were driving two different compounds, I think we weren’t quite sure if the C1 was going to work or not so we kind of gambled and obviously we hadn’t driven it before,” he said.

“It kind of dropped and then it came back, so I think I wouldn’t have had a problem at all if the safety car hadn’t come out at the end there.

“I think we would have probably been clear of Max ahead, but I think that overall, we did the right things at the right time. [The safety car] I’m thinking of another opportunity.”

Schumacher’s first points is a big weight off the 23-year-old’s shoulders after coming under fire in the first part 2022.

Following a 2021 debut season without too much pressure alongside Nikita Mazepin, in 2022 he struggled so far to keep up with his experienced new teammate Kevin Magnussen, which led to a spate of costly accidents for Haas and question marks on his future at the team.

Schumacher said “it feels great” to finally get his first points finish out of the way and hopes he can kick on from here.

“Yeah, it feels great, I would say I’m just looking forward to getting back to the team now and having fun,” he said.

“It’s great to be able to score points in a double points finish, which is something we’ve been aiming for for a while now.

“Now we’re just trying to bit by bit get some more points out of the others and try to overtake them.”