More details have emerged about the explosive row that erupted between F1 team bosses ahead of the Canadian Grand Prix. Mercedes chief Toto Wolff.. 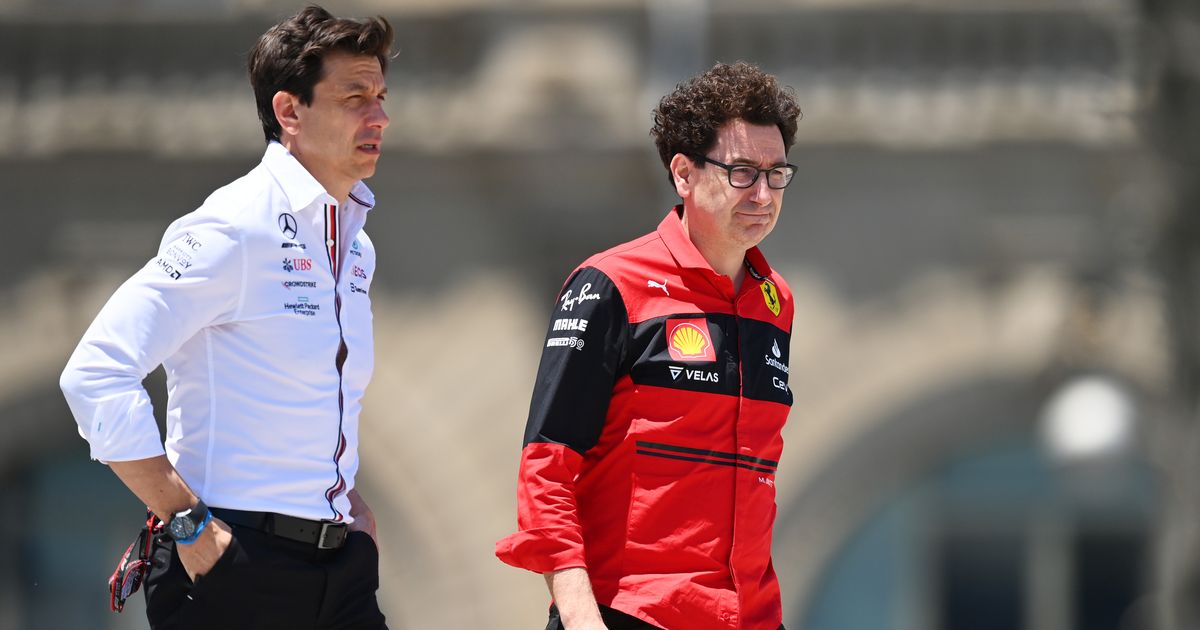 More details have emerged about the explosive row that erupted between F1 team bosses ahead of the Canadian Grand Prix.

Mercedes chief Toto Wolff was said to have been left furious during the meeting, held on Saturday morning before qualifying in Montreal, as arguments about the porpoising and bouncing of cars continues to rage. Reigning constructors’ champions Mercedes have suffered most from the issue. While they are clearly the third fastest car on the grid, Red Bull and Ferrari still have a clear pace advantage.

F1’s governing body, the FIA, announced on the eve of the Canadian Grand Prix that they would start monitoring the issue more closely and may even order teams to adjust the set-up of their cars if they are deemed unsafe.

Drivers like Mercedes’ George Russell, a director of the Grand Prix Drivers’ Association (GPDA), have welcomed the move in the interests of driver safety. However, other teams are unhappy at the prospect of a potential rule change mid-season, claiming Mercedes are merely trying to level the competitive playing field for their own ends.

Wolff has rejected that, accusing some of his fellow team bosses of putting their own interests before safety. And matters boiled over during Saturday’s meeting, with Wolff and Ferrari’s Mattia Binotto reportedly clashing. Red Bull’s Christian Horner is also said to have waded in, taking the side of the Italian.

It has also emerged that the row took place in front of the Netflix cameras which are filming the fifth season of the popular Drive to Survive show. The series has been credited with taking interest in the sport to heights, particularly in North America.

Respected F1 journalist Adam Cooper tweeted over the weekend: “Hearing more and more about an angry exchange between Toto Wolff and Mattia Binotto re the porpoising technical directive at yesterday’s meeting. Christian Horner joined in too… and all of this in front of Netflix cameras!”

What do you think about the porpoising debate? Have your say in the comments section below.

Speaking after the meeting, Wolff admitted he had been left “upset” by the stance of his rivals.

“This is a sport where you’re trying to keep a competitive advantage or gain it but this situation has gone too far,” said Wolff. “And team principals trying to manipulate what is being said in order to keep their competitive advantage and trying to play political games when the FIA ​​tries to come up with a quick solution to at least put the cars in a better position is disingenuous and that’s what I said.

“The car is too stiff or the car is bouncing, whatever you want to call it. This is a joint problem we are having in F1. It’s a design issue that needs to be solved.

“We will have long-term effects that we can’t even judge and at any time this is a safety risk. Then coming up with little manipulations in the background or Chinese whispers or briefing a driver is just pitiful.”