Red Bull F1 advantage is only around 0.2 seconds

An upgrade package that Red Bull introduced at the Emilia Romagna Grand Prix, which revolved around aero tweaks and weight reduction, appears to have .. 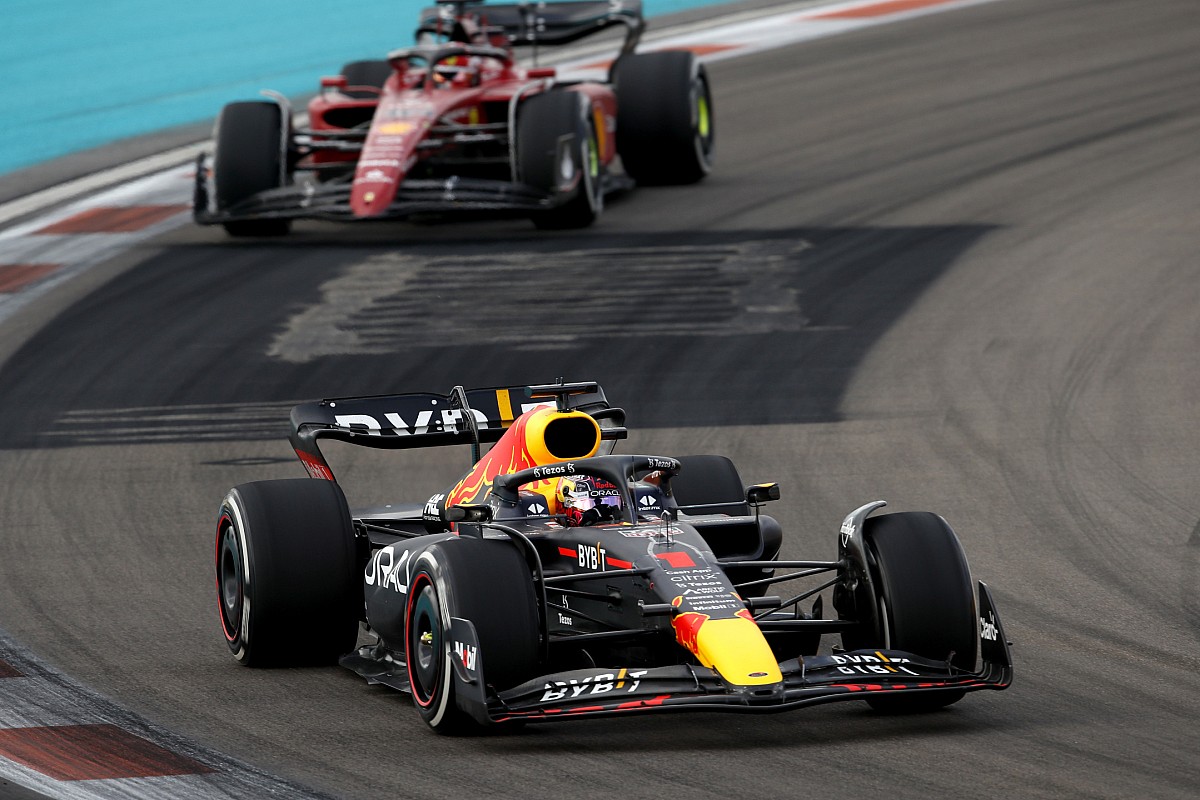 An upgrade package that Red Bull introduced at the Emilia Romagna Grand Prix, which revolved around aero tweaks and weight reduction, appears to have given the team a pace advantage.

Verstappen dominated the Imola weekend, despite a poor start in the sprint race, and triumphed again in Miami last weekend to further close down the early points advantage that Charles Leclerc had opened up.

Ferrari has so far held back on introducing any upgrades but is expected to bring its first major development package for the next race in Spain.

But, while Red Bull appears to have gained momentum in its championship charge, Ferrari team principal Mattia Binotto insists he is not too alarmed by the situation.

PLUS: The silver lining of Ferrari’s Miami defeat

“In terms of performance assessments, and how much they [Red Bull] developed compared to us, is that a concern? I wouldn’t say,” he said.

“I don’t think that the difference is huge. It is a matter of maximum a couple of tenths and we should not forget that [in Miami] we locked the front row.

“In qualifying, we had a better performance compared to the Red Bull, so overall, in a weekend, I don’t think there is much difference between the Red Bull and the Ferrari.

“If there is a concern, it is how much they are developing considering the budget cap. But more than a concern, maybe it is a hope because at some stage they will need to stop.”

As well as there being a small pace difference between the Ferrari and the Red Bull, the biggest contrast is actually in how the two cars achieve their lap time.

The Red Bull has typically been faster on the straights, while Ferrari has enjoyed the edge in corners.

However, Leclerc thinks that Ferrari perhaps needs to dig deep into understanding why its tire degradation now appears to be worse than Red Bull when early on it had been a key strength.

“In a race, especially on the softer compounds, the medium and the soft, it seems that it’s already been two races that in terms of race pace, they seem to be a bit stronger and managing those tires better,” he said.

“In qualifying, we always managed to put those tires in the right window, which helps us. But on the long runs, we struggled a bit more compared to them.”