Verstappen, who controlled the early stages of the race on Montreal’s Circuit Gilles Villeneuve, made his second and final pitstop with 27 laps to go,.. 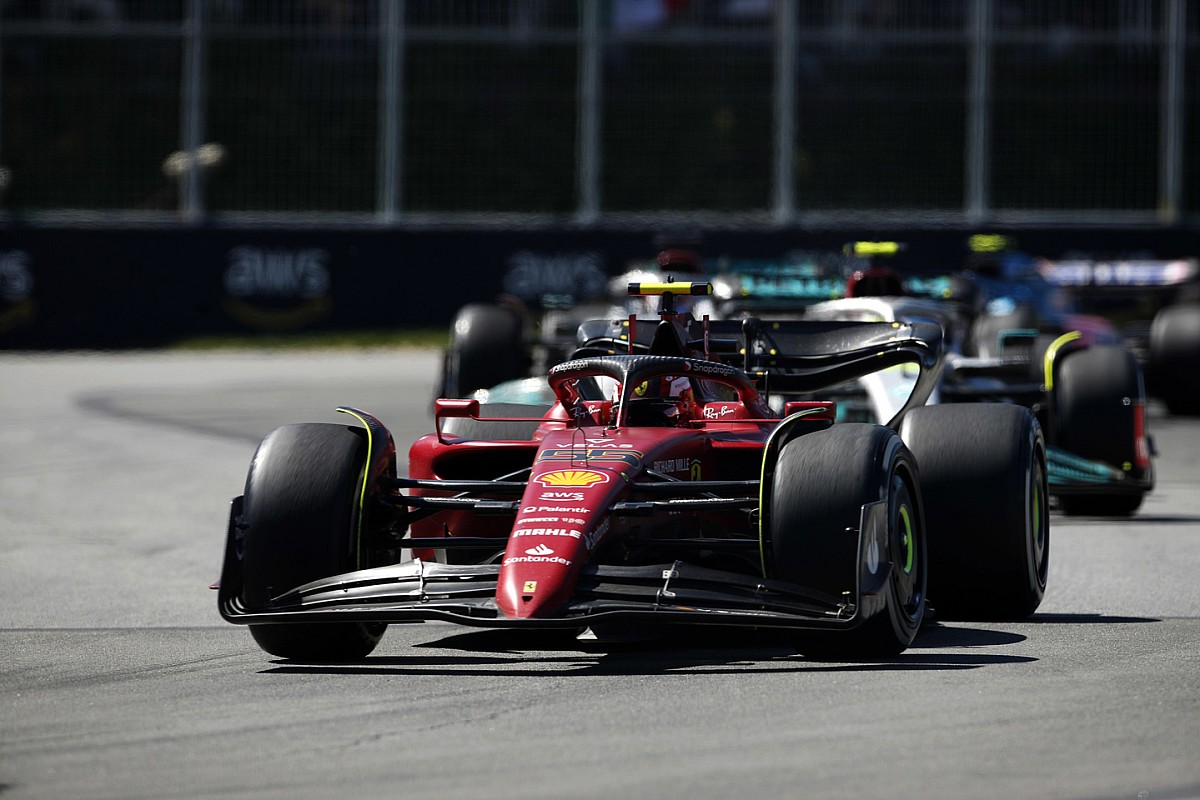 Verstappen, who controlled the early stages of the race on Montreal’s Circuit Gilles Villeneuve, made his second and final pitstop with 27 laps to go, handing the lead to Sainz.

Six laps later, by which time the Dutchman had narrowed the gap to Sainz down to just under eight seconds, AlphaTauri’s Yuki Tsunoda went off coming out of the pits.

After a long delay, the local yellow was directly converted into a full-blown safety car just as Sainz was nearing the pit entry, which Binotto revealed lead to a frantic last-second call from Ferrari to bring the Spaniard in for medium tyres.

If the safety car had come out seconds later and Sainz had missed his opportunity to pit, he would have likely fallen into the clutches of both Verstappen and third-placed Lewis Hamilton’s Mercedes, who both had much fresher tires.

Binotto said he was proud of how both the team and the driver reacted to the timing of the safety car call but felt race control could have made the decision much more swiftly once it was apparent Tsunoda’s car was going nowhere.

“I think it took a very long time to decide for the safety car and at that moment Carlos was leading the race, and I think that the safety car has been [deployed] when he was just at the end of the main straight coming to the last corner,” Binotto explained.

“The team has been very, very good in reacting and the driver himself as well to come into the pits. I think we had only one second to react and we reacted within one second.

“Without that good reaction, it would have been a very difficult and bad situation for Carlos, and I think again here, we need sharper decisions [by race control]. It took a very long time to decide.”

While Sainz’s hard tires were past their best at that stage, his track position advantage over Verstappen meant he would have likely stayed out otherwise, until Ferrari’s hand was forced by the safety car.

But Binotto did admit the team had already been looking at covering Sainz against Hamilton, who was also showing rapid pace in the Mercedes.

“We were even there judging if we should stay on track or pit simply to protect as well from Lewis, who had fresh tires as well and was very fast behind, so we were monitoring very close the situation.

“It’s very difficult to judge and to say how the race would have finished without the final safety car.”