The Maranello-based squad started the 2022 campaign as the team to beat, with Charles Leclerc winning two of the opening three grands prix of the.. 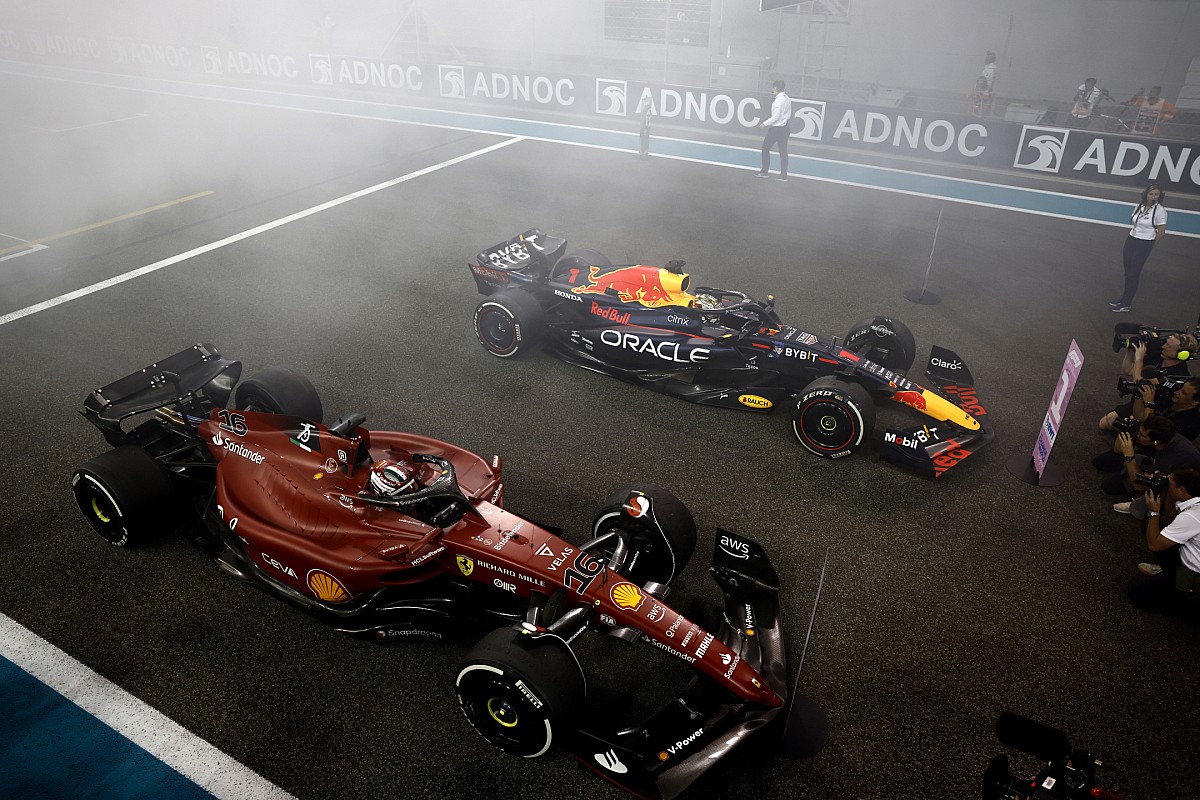 The Maranello-based squad started the 2022 campaign as the team to beat, with Charles Leclerc winning two of the opening three grands prix of the season with the F1-75.

However, Red Bull quickly bounced back from its difficult start to bring rapid performance improvements to its RB18 that eventually helped Max Verstappen seize control of the drivers’ championship.

The Dutchman, who clinched the crown at the Japanese Grand Prix, would end up winning a record 15 races by the end of the season.

Reflecting on why Red Bull was able to make better gains throughout the year, Ferrari team principal Mattia Binotto thinks it was the result of the two teams focusing on completely different areas for improvement.

And he suggests that Red Bull’s chief attack on shedding weight from his car, which started the year too heavy, which was much easier to bear fruit than Ferrari’s need to deliver aerodynamic gains.

“I think there have been a few factors,” said Binotto, when asked by Motorsport.com about why Red Bull’s development was stronger over the course of 2022.

“The first I think that, in terms of development, Red Bull had a clear route, which was reducing the weight of the car. This was not our case.

“They knew what [they needed] to tackle to get performance out of the car itself. For us it was more complicated because it was really through aero developments and trying to improve the car from the concept and the aero point of view.

“Also, I think if I look back, maybe the development we did was not certainly sufficient. We stopped very early; not only for a choice but because of expenditure reasons. But there are some things that we need to review.”

Ferrari recently revealed that work on its 2022 car stopped several weeks ago because the team had hit the limit with its cost cap spending for the year.

Binotto said how successful Ferrari was in dividing its resources between this year and next can only be judged based on the success of its 2023 challenger.

“I think only 2023 can tell us what has been the right choice or not. More than that, maybe we could have done a better and proper development of the car, within what we did. And that is something which we need to review.

“But I think the main reason is Red Bull got a clear path, which was the weight reduction. I think it was more straightforward extracting performance from the car itself.”

While Ferrari was disappointed to have not made more of a fight of this year’s championship against Red Bull, Binotto says he does take encouragement from the fact that his team remained battling at the front for the entire season.

“I think what was important for us was to be back to be competitive, and that was for us really the objective,” he said.

“For me, fighting for a good position at the 22nd race, is the best result, because it means that we have been competitive not only at the very start where we had a very strong car.

“No one would have expected it. But we kept on fighting during the season itself and up to the end.

“We had some ups and downs. There have been races where we have not been good enough, and we will review it. But I think more than P2 and P2 [in the drivers’ and constructors’ championship]what is important for me is the fact that, at the 22nd race, we were still fighting for good positions.”