Whether it’s a new shooter getting their first instruction or a seasoned veteran trying out product, localized events are becoming the wave of the.. 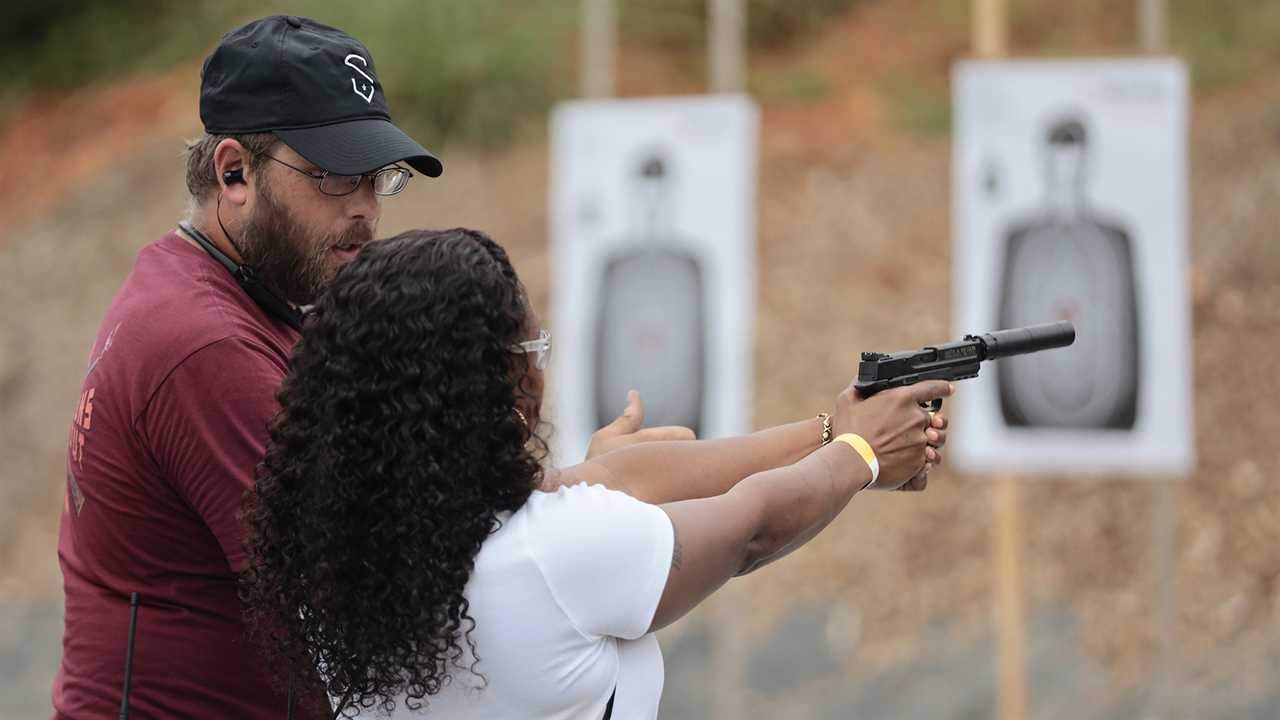 Whether it’s a new shooter getting their first instruction or a seasoned veteran trying out product, localized events are becoming the wave of the future.

Capacity crowds are gathering at shooting ranges across the nation. Some are there to get behind the trigger of their favorite manufacturer’s products, while others are walking up to the firing line for the first time. The response has been overwhelming and we can expect to see more such events during 2023.

“Shoot United will be inclusive,” said Brett Flaugher, president of Winchester Ammunition, during the initial announcement. “We want to bring shooting and responsible firearm ownership to as wide a variety of people as possible, from all walks of life …Winchester is wholly committed to this initiative, and we have high expectations that it will bring new energy and excitement to the shooting sports.”

Shooting Illustrated attended the August event in Polkton, NC, and Brooke Carpenter—mother of a five-month-old baby—was one of the more than 200 people on hand, eager to learn more about home defense. She got behind a trigger for the first time and was all grins. We asked about the expert, one-on-one instruction she received while shooting a modern sporting rifle. “All the knowledge I get, I think it will be good,” she said before heading to the shotgun and pistol ranges.

Kristen Skibbe, shooting a gun for only the second time in her life, claimed to be nervous with a handgun. “It’s the safest way to come and learn,” she said after the instructor noted her impressive groups.

“There is a significant need and responsibility to share accurate, helpful information in responsible firearm ownership, safety and all the benefits of the shooting sports,” said Jason Gilbertson, director of marketing for Shoot United. “There are millions of people who have never been exposed to firearm ownership, as well as new firearm owners who are searching for information and opportunities to properly train and learn.”

Company-sponsored events that offer an opportunity to try guns and accessories—free or for a nominal fee—are also becoming more frequent. Bergara Rifles was one of, if not the, earliest companies to do so. “It seems like last week,” said Tony Smotherman, Bergara’s head of Influencer Relations. “But, our first Bergara Experience was held August 5th 2017, just south of Raleigh, NC, at Woody’s Rifle Club with a premise of having our customers be able to take our rifles for a ‘test drive’ before making their final purchase decision. ” Today these events are typically “ … booked to full capacity by customers within minutes of opening registration online,” he said.

Gunfest took place during the Sturgis, SD, Motorcycle Rally in August. Springfield Armory, Silencer Central and others were there. It’s a considerable investment by each firm, although Steve Kramer, vice president of marketing for Springfield Armory, explained, “While learning about Springfield Armory firearms through reviews you might see online or in print magazines, or from information we provide at springfield-armory. com is helpful, it’s hard to replace the importance of simply being able to pick up one of our guns and see how they ‘feel’ in your hands. And having a chance to shoot them really takes the experience to the next level.”

When SIG Sauer held a consumer-focused event at Arizona’s Ben Avery Shooting Facility in May, enthusiasts turned out in heavy numbers. “SIG Freedom Days connected the consumer with the product in a first-of-its-kind range event and exceeded all our expectations,” said Tom Taylor, chief marketing officer and executive vice president of Commercial Sales at SIG Sauer. “With the undeniable success of SIG Freedom Days and the demand for more experiential events from SIG we are already planning for the next SIG Freedom Days event … ”

Whether the event is tailored for novices, advanced instruction or test drives, attendance is heavy, crowds are growing and feedback is positive. With that kind of reception, there’s no doubt more will be on the schedule for 2023 and likely coming to a range near you.


Did you miss our previous article...
https://formulaone.news/ferrari/to-stop-evils-like-uva-murders-focus-on-families-not-firearms
Ferrari