Shutter Speed: Behind the lens for Sebastian’s farewell

all the newsfeatureThe Abu Dhabi Grand Prix is ​​a fitting place for the sun to set on a Grand Prix season, and this year we were treated to a unique .. 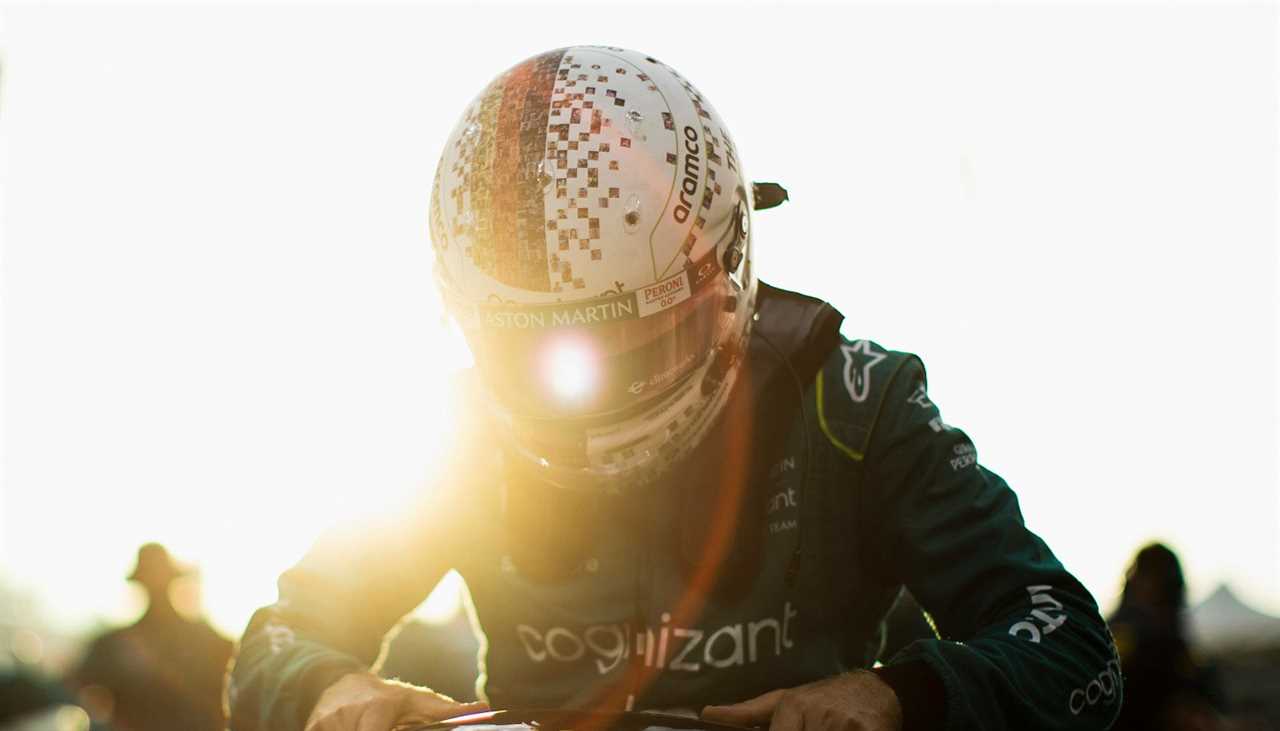 The Abu Dhabi Grand Prix is ​​a fitting place for the sun to set on a Grand Prix season, and this year we were treated to a unique perspective on a race weekend where Sebastian Vettel marked his Formula One farewell. 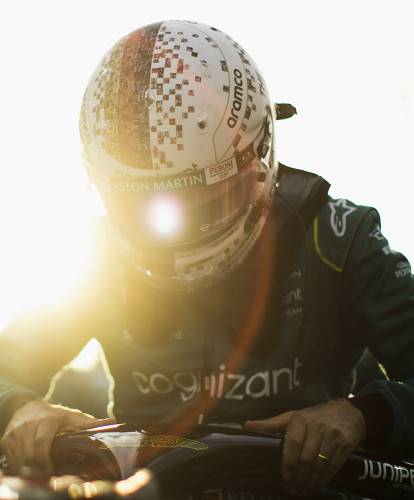 From emotional gestures on and off the track, stunning sunsets and celebrations fitting for a four-time World Champion, there were plenty of outstanding images from the spectacular Yas Marina Circuit.

Join Aston Martin F1 Team and Motorsport Images photographer Zak Mauger as he explains the details behind his favorite shots from the Abu Dhabi Grand Prix. 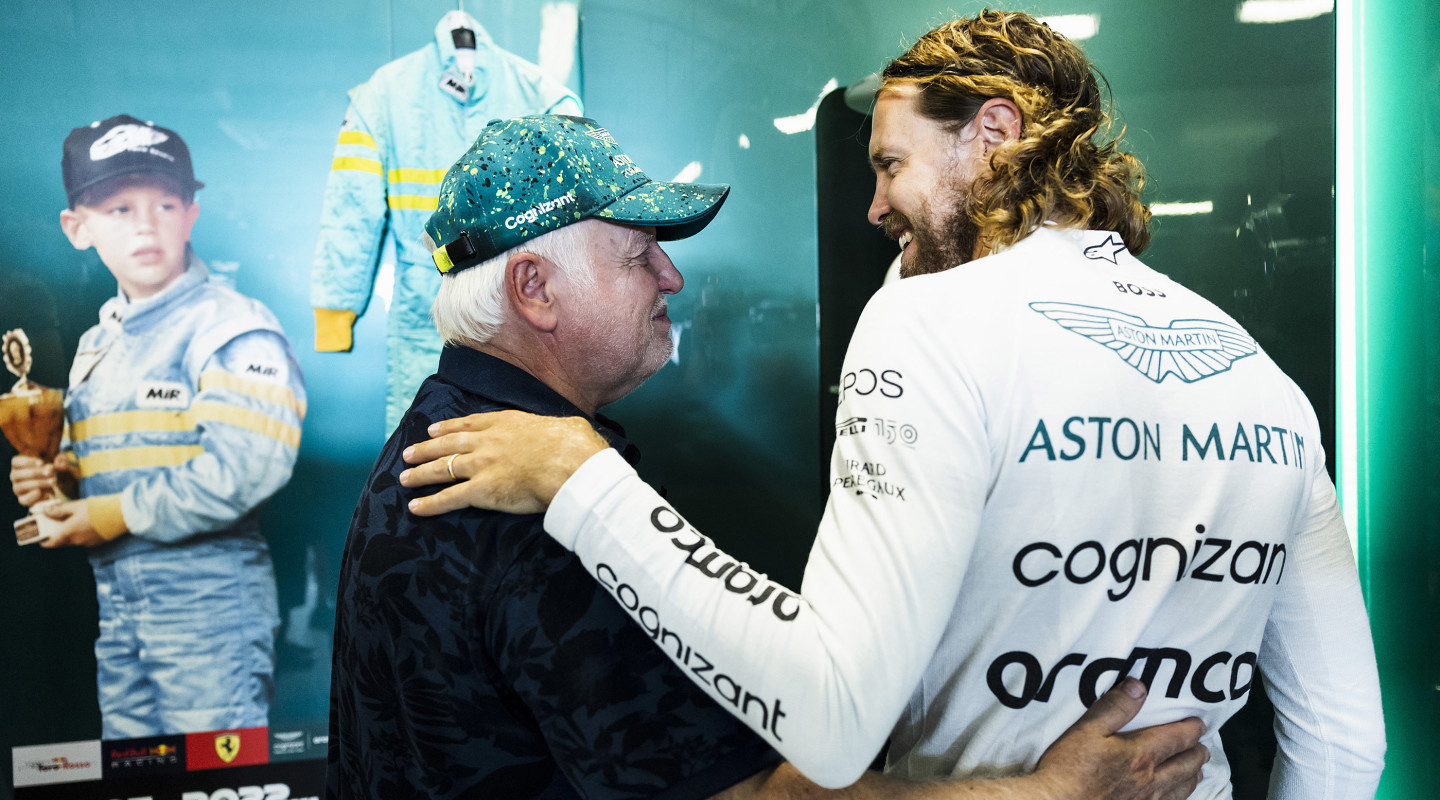 “This took place early in the day on Friday and under supervision from Sebastian’s father, Norbert.

“The mechanics had decorated Seb’s corner of the garage with his race suit, gloves and helmet (which he tried on and it still fit!) from 1995.

“It was an emotional moment for them both when he entered the garage, as the young Seb cardboard cutout watched over.” 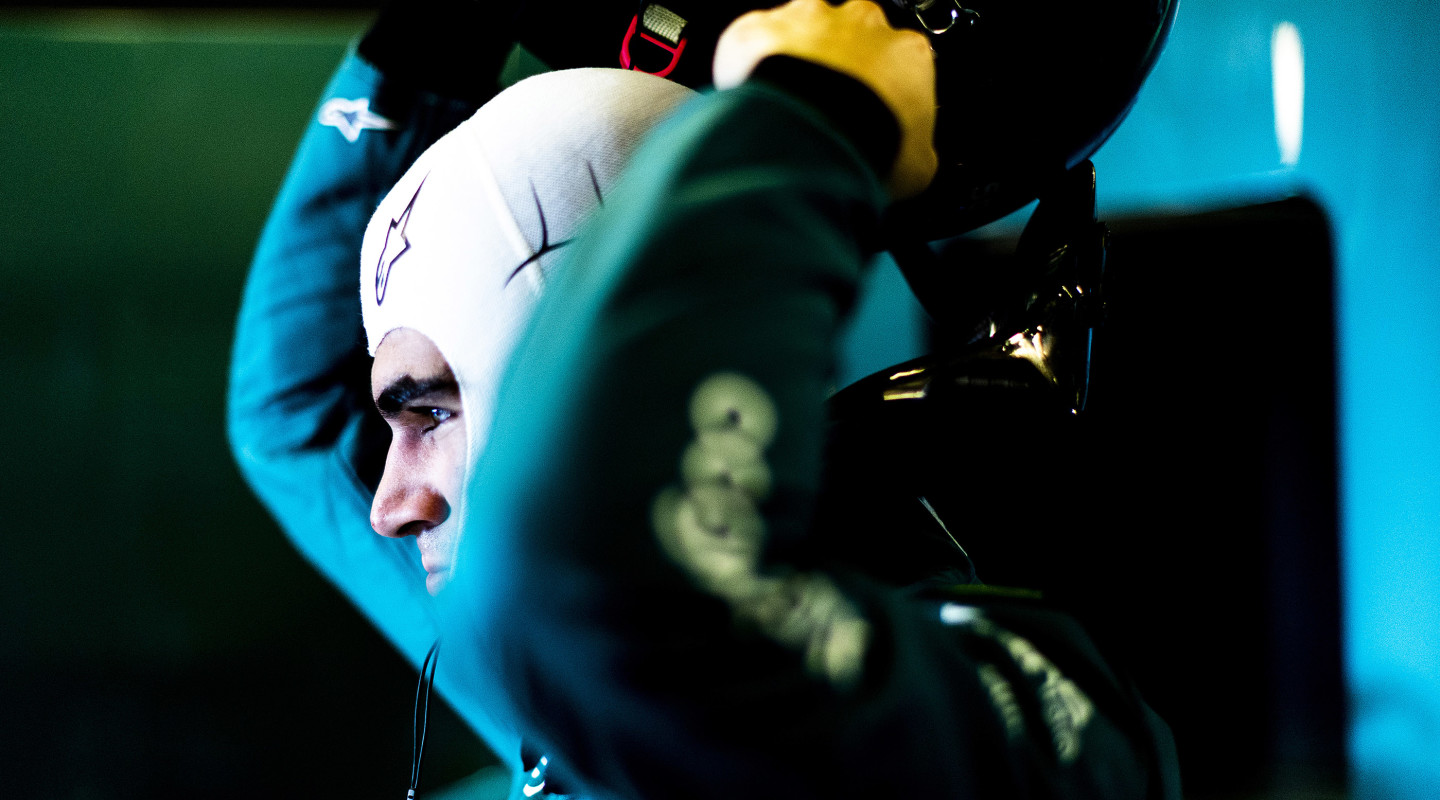 “Lance looked in the zone all weekend. This was taken on Saturday afternoon before FP3, with Lance looking down towards the pitlane.

“The daytime sun highlights him here – particularly his eyes – as he prepares to get into the car.” 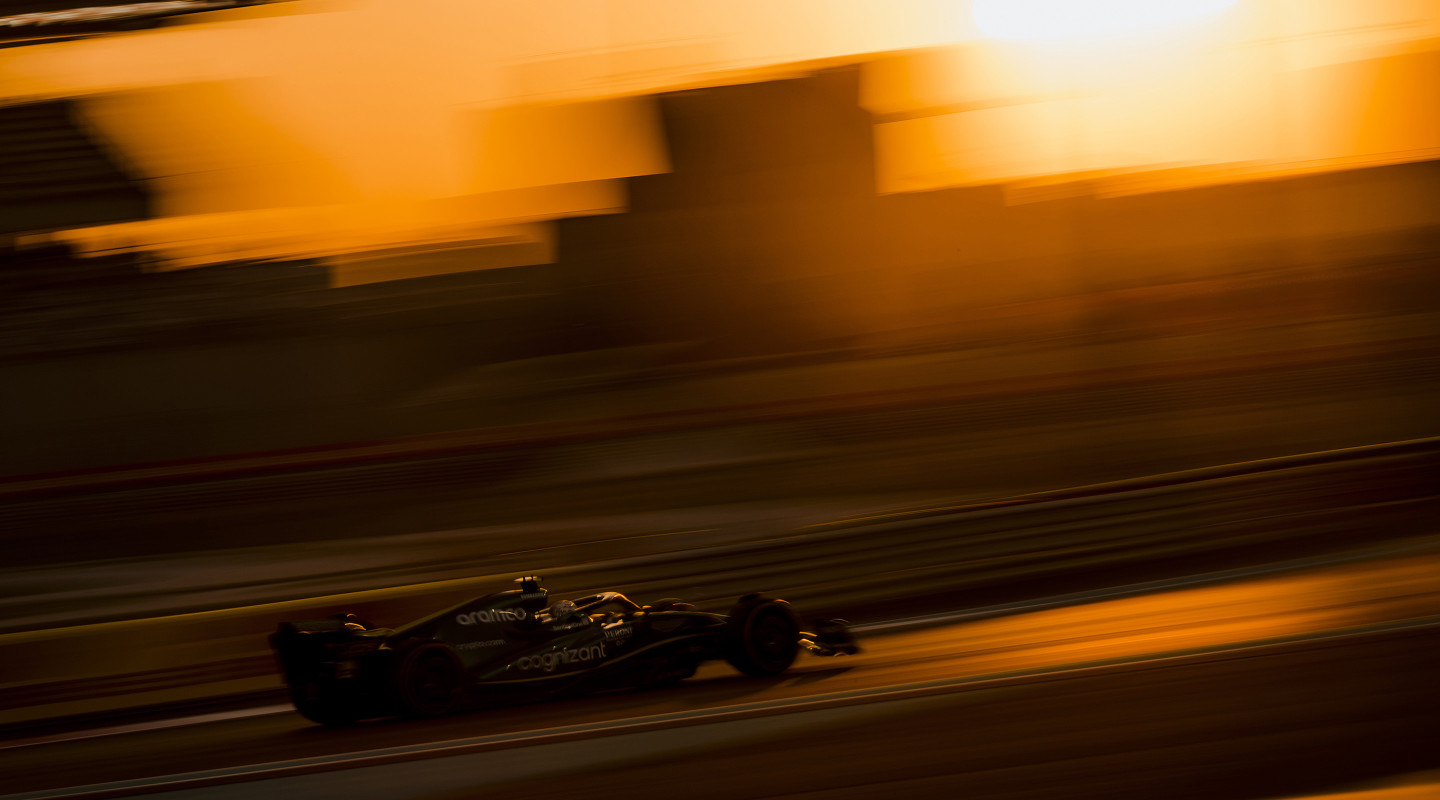 “Seb headed off into the sunset during FP2 in this picture. This was the only session that ran during golden hour, so I made sure to make the most of this time.

“With the track configuration changes made for last year, there are not as many angles that work with the setting sun.

“This is taken through catch fencing on a very slow shutter speed so you can’t see the fence, and helping to showcase speed whilst keeping the car nice and sharp.” 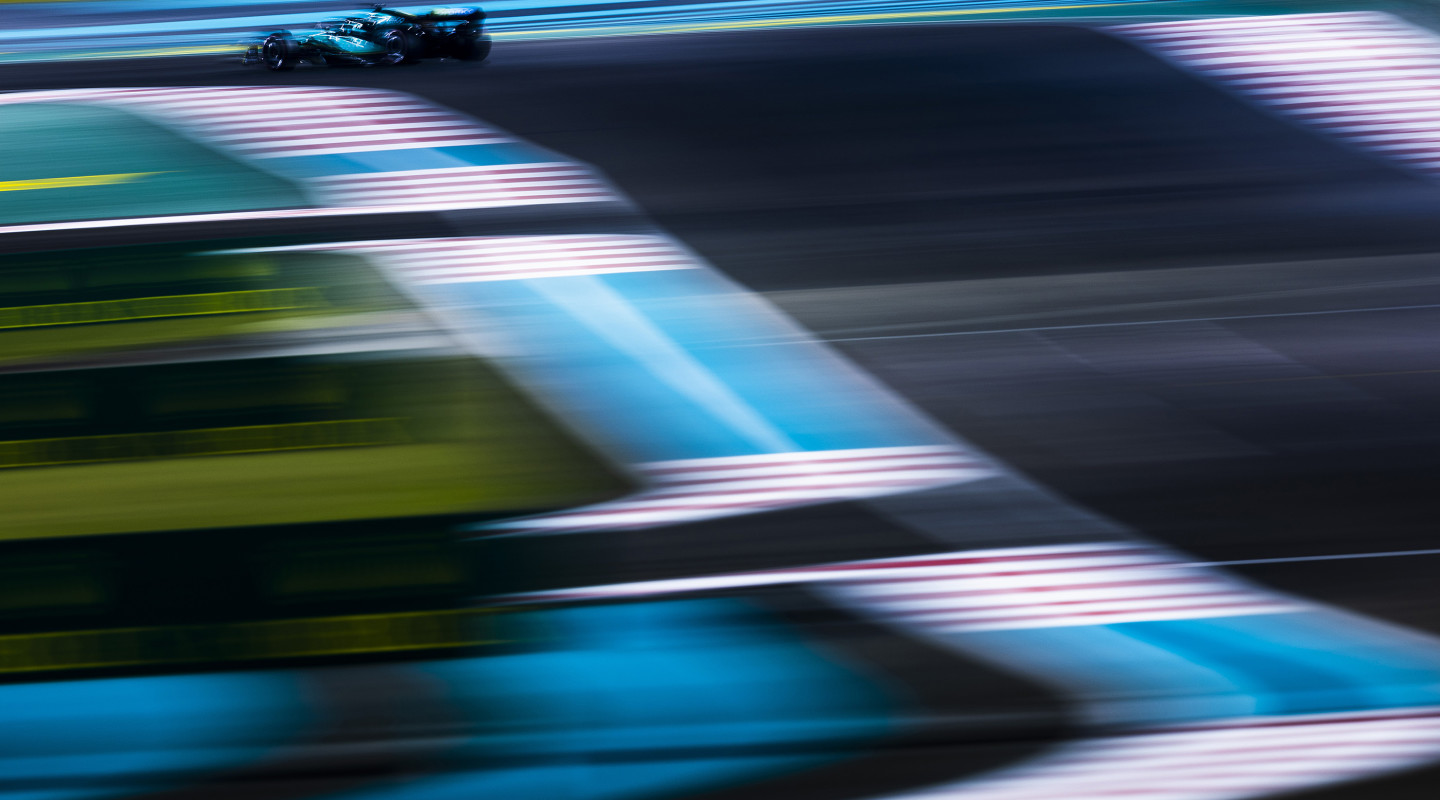 “This is from qualifying as Lance heads north into the hairpin. I’ve used a slow shutter speed on a telephoto lens (600mm) here, and getting the perfect shot is quite tricky.

“I really like how the lines on the kerbs help to lead the eye through the picture in this one.” 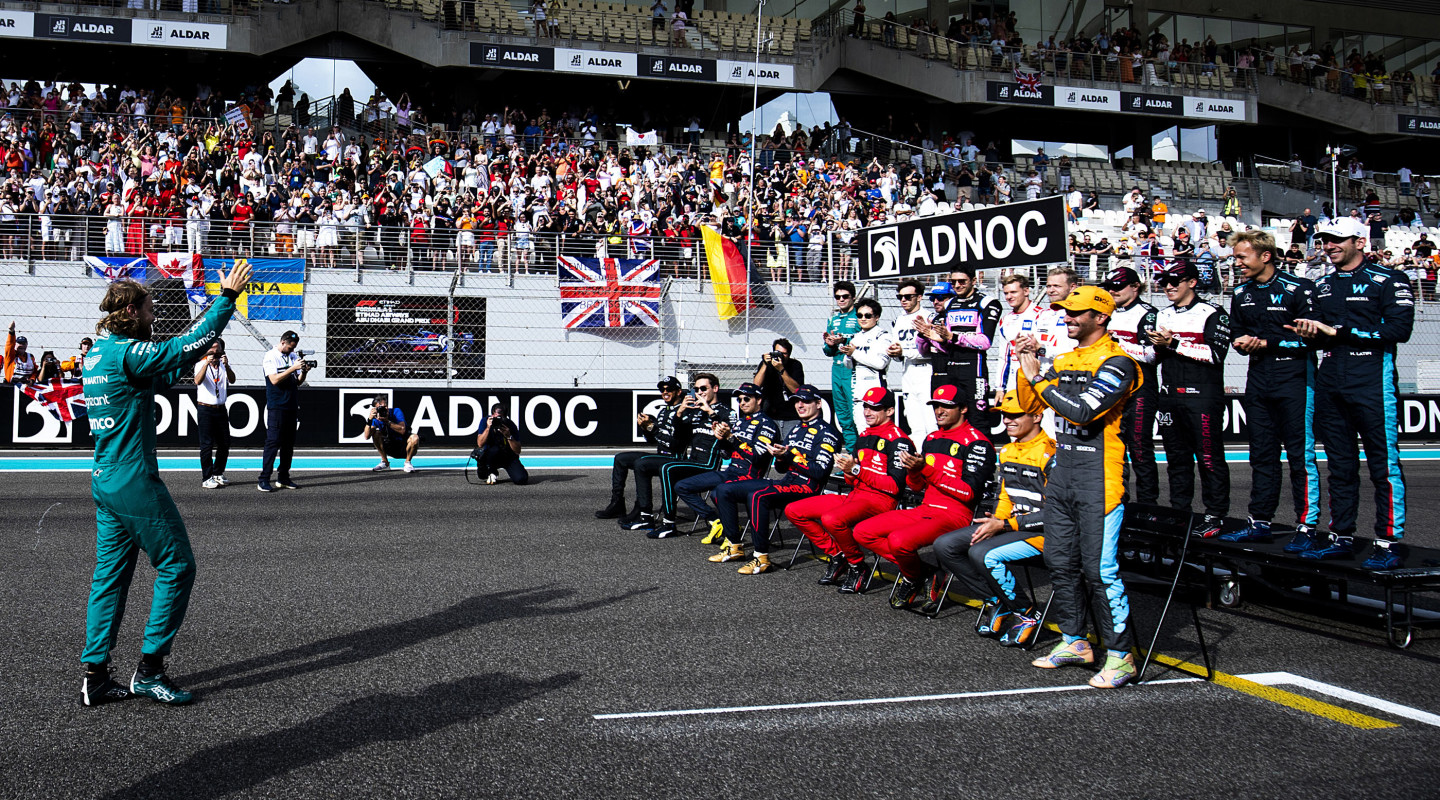 “Seb was the last to arrive at the traditional end of the season photo on the grid, and the other drivers applauded him as he approached. It was lovely moment to capture, and with great low afternoon sun to light up the drivers.

“This also created a long shadow of Seb with his hands in the air, acknowledging his rivals and friends from his many years in F1.” 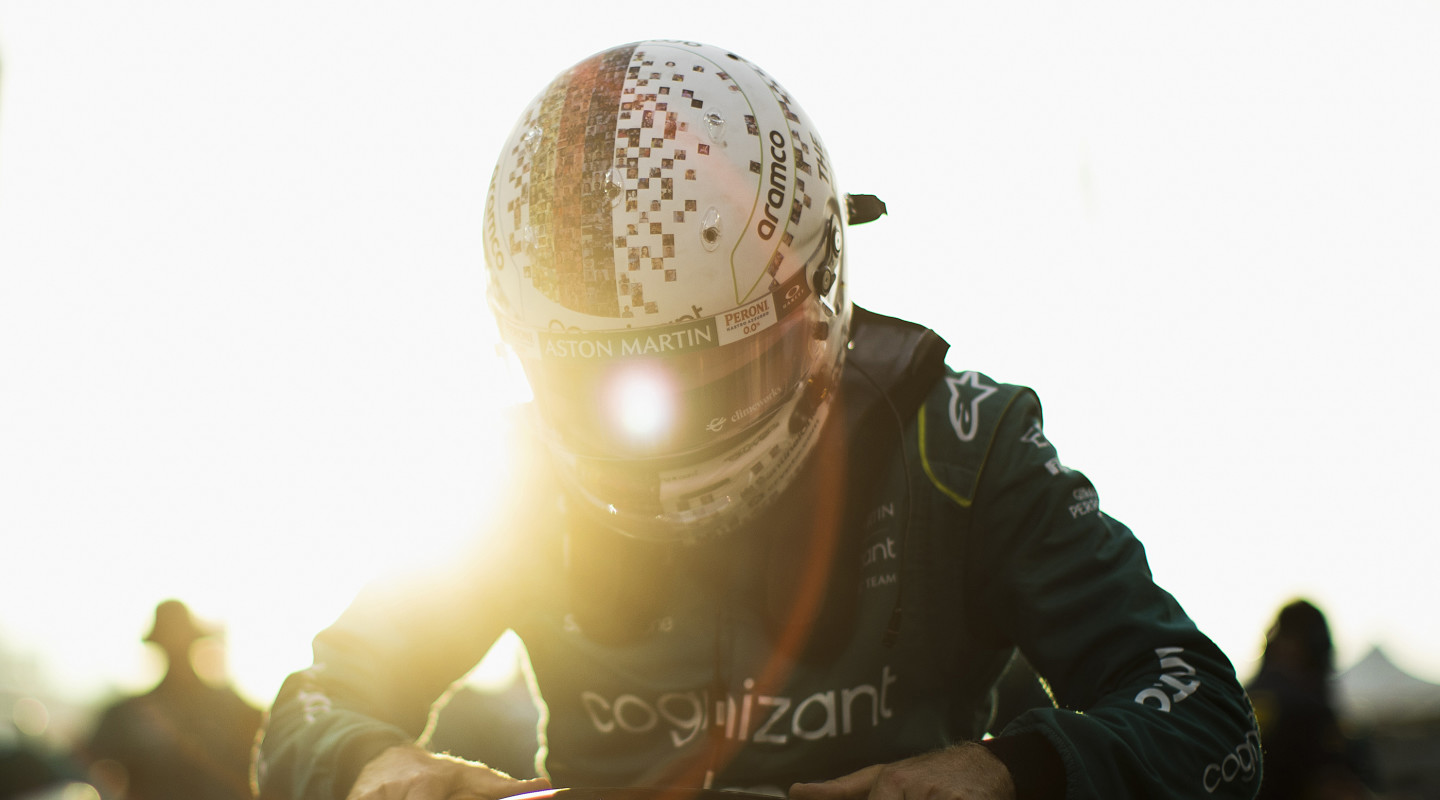 “This is Seb getting into his car for the final time on the grid. When he arrived, the sun had dipped below some clouds which made for rather dull pictures. Thankfully, the sun re-appeared just after the national anthem.

“I made sure I stuck around to get this fitting shot for his final start. I particularly like how the lens flares as well, particularly off of the helmet.” 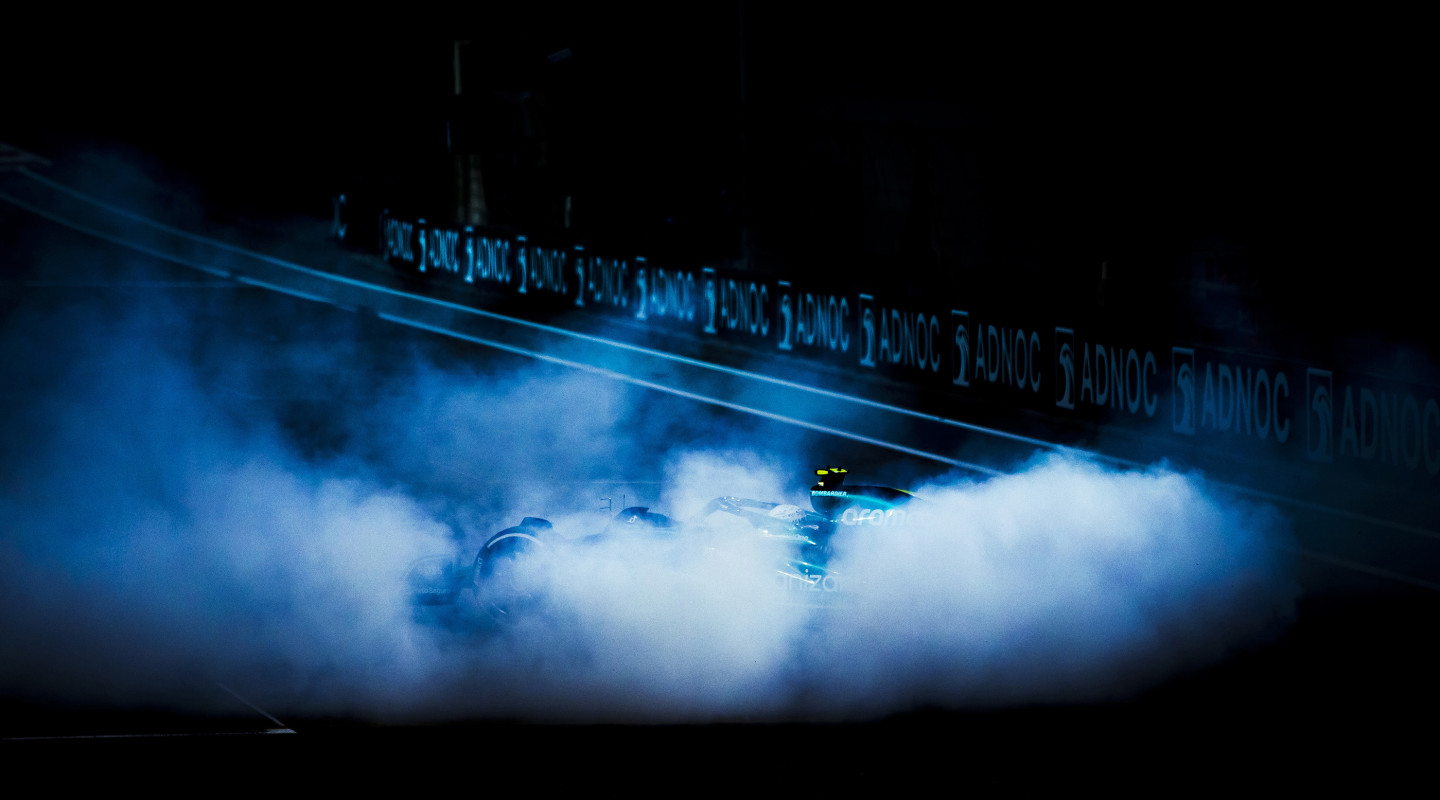 “As has become tradition in Abu Dhabi the top three usually light up the rear wheels for donut celebrations. Seb was invited to join them this year for his final farewell.

“This was taken from the race control tower along the pitlane to give an elevated perspective. Exposing the picture for the highlights reveals Seb amongst the smoke – otherwise it would be a complete whiteout.”

All in. All welcome. All celebrated. Sign up to open up a world of I / AM benefits and once-in-a-lifetime experiences. 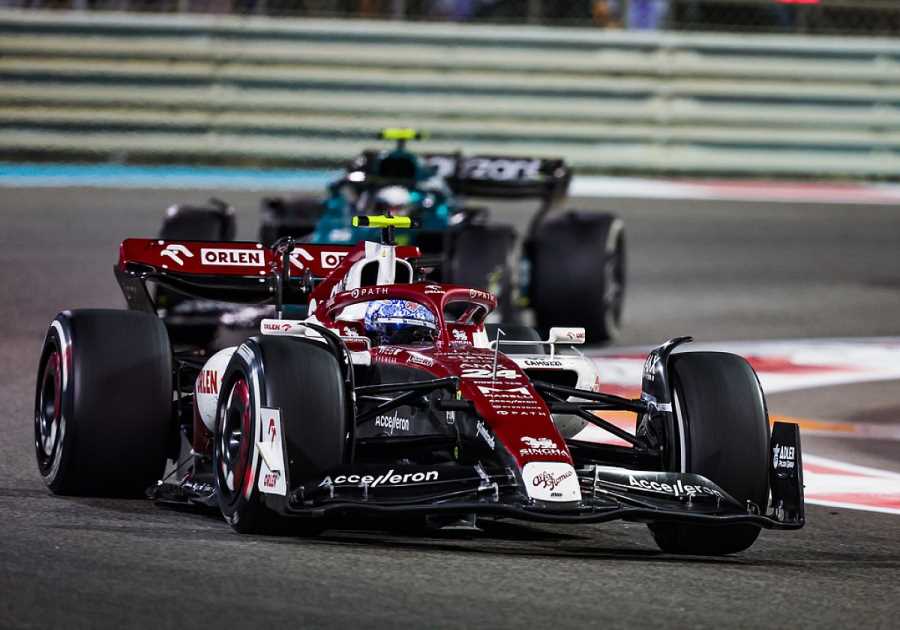 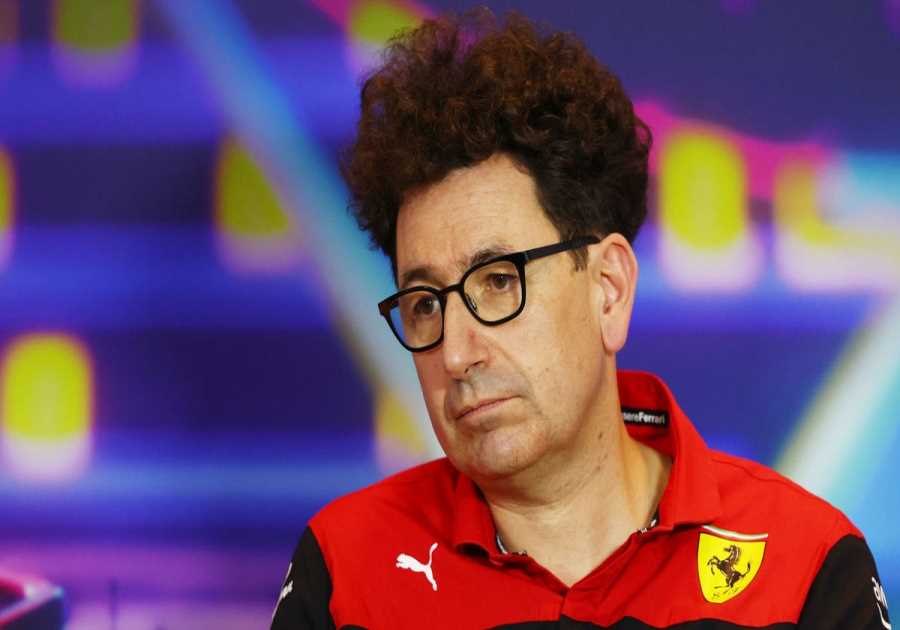 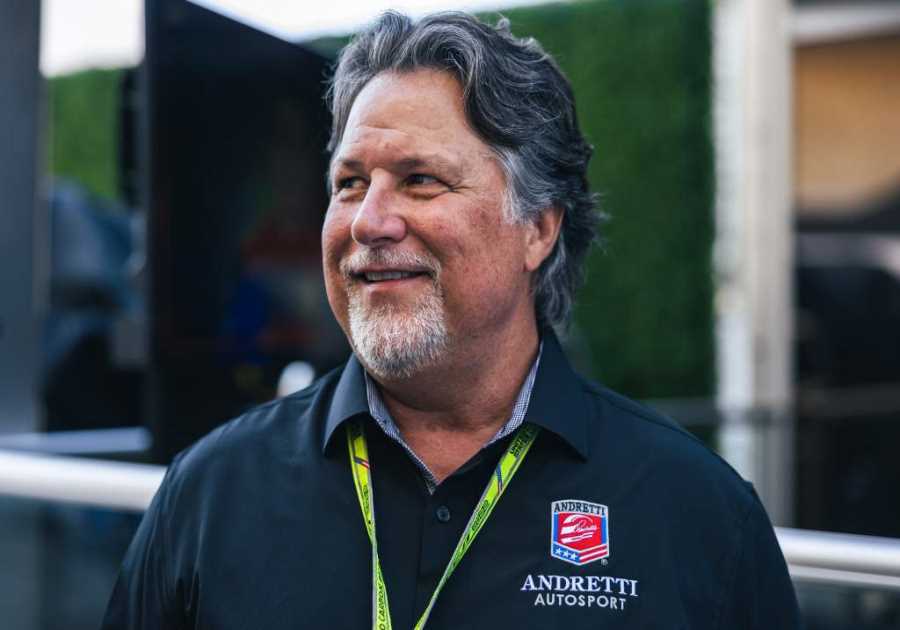 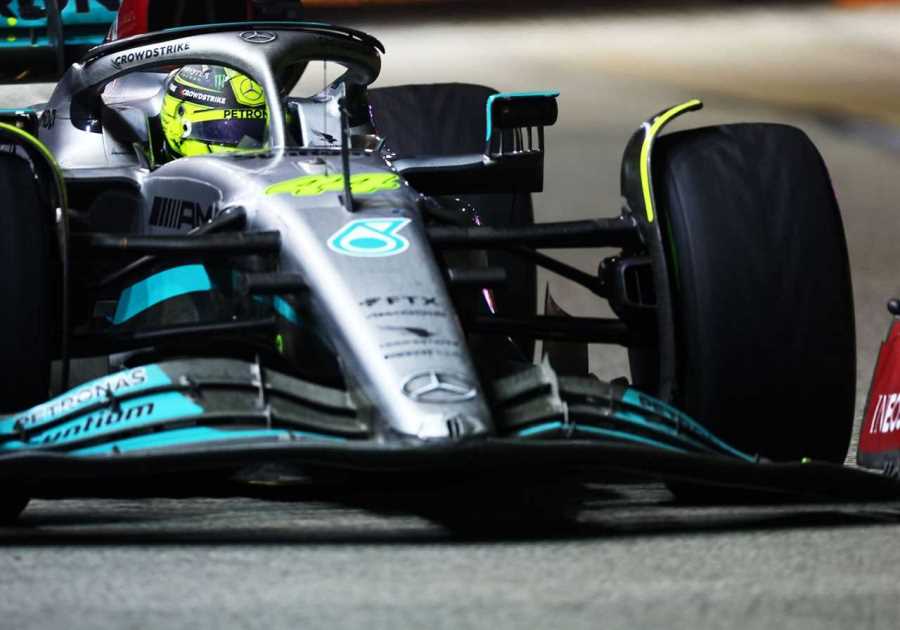 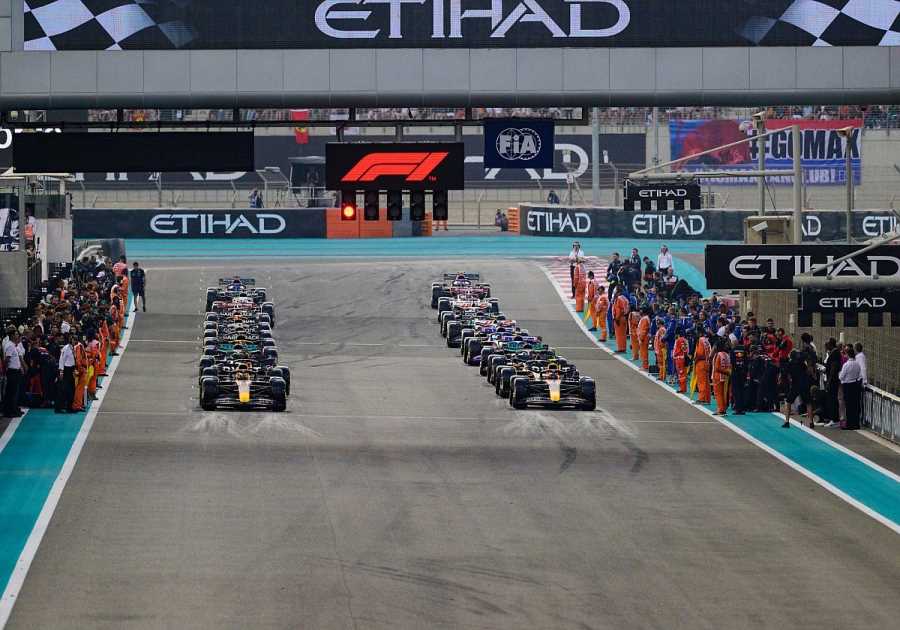