Sergio Perez was fastest in second free practice before the United States Grand Prix when Red Bull found some pace and regained Mercedes’ lead in FP1... 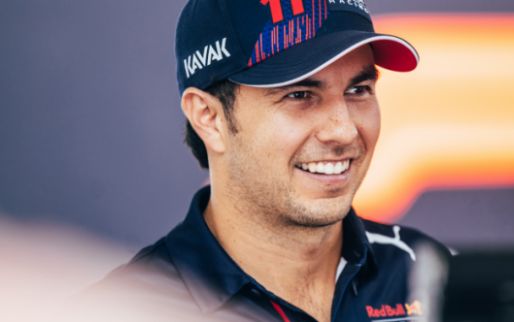 Sergio Perez was fastest in second free practice before the United States Grand Prix when Red Bull found some pace and regained Mercedes’ lead in FP1. The Silver Arrows were almost a second faster than their title challengers in the first session, but with Perez the Austrain team was sovereign in FP2.

While the Mexican rider struggled for most of the season, he was extremely quick in Austin. He was 0.878 seconds faster than his teammate Max Verstappen’s best, with the Dutchman at the bottom of P8 – although his race pace was encouraging.

Like Perez, Lando Norris had an excellent session in which the Briton beat both Mercedes cars and finished second fastest. Behind him came Lewis Hamilton and then Valtteri Bottas.

Perhaps the most controversial moment of the entire session was another tense incident between the two title rivals. Verstappen was preparing for a flying lap and Hamilton decided to skip the Dutchman on the final corner. This went on to the first corner where the couple got close. Verstappen, who described the British as a “stupid idiot”, certainly didn’t like that.

However, none of them could improve the time of Perez, who will confidently bring himself into Saturday’s qualifying.

Why Bottas only gets a starting penalty of five places

On a scorching hot day in Austin, the drivers wanted to do a lot of laps right from the start. With the 2020 United States Grand Prix canceled, it has been two years since these riders experienced the track in person, so running was deemed necessary for every rider.

Red Bull and Mercedes showed their class unsurprisingly and went straight to the top of the table.

McLaren and Ferrari are of course fighting for third place in the constructors’ championship, but the Papaya star driver Lando Norris had to pit after just one lap after saying on the radio: “Something has come off my elbow”, I can’t turn . “This problem was quickly resolved and his first flying lap was good enough for P5 ahead of the two Scuderia drivers.

Mercedes is considering engine change at Hamilton: “Difficult to evaluate”

Problems seemed to be more common than usual, as both Nikita Mazepin and Charles Leclerc joined Norris in voicing issues that needed to be investigated.

They weren’t the only ones who were frustrated on the radio, because Max Verstappen, as already mentioned, expressed even more displeasure with title rival Lewis Hamilton. It is fair to say that tension between the pair is at all-time highs.

While these riders were struggling with issues, Sergio Perez certainly didn’t, as the Mexican found his groove to set the fastest time of all on the midsize tires.

Then came the switch to soft tires.

Lewis Hamilton’s first run of the session was canceled for exceeding the track limits and his second was only good enough for P3 – slower than Lando Norris in the McLaren and Perez, who put another great lap on the softs.

The order then stayed pretty much the same as the teams used the last 20 minutes to collect race data and the drivers drove consecutive laps.