Sebastian Vettel was disappointed with the pace of his Aston Martin AMR22 during the 2022 F1 Spanish GP. The German feels the team from Silverstone.. 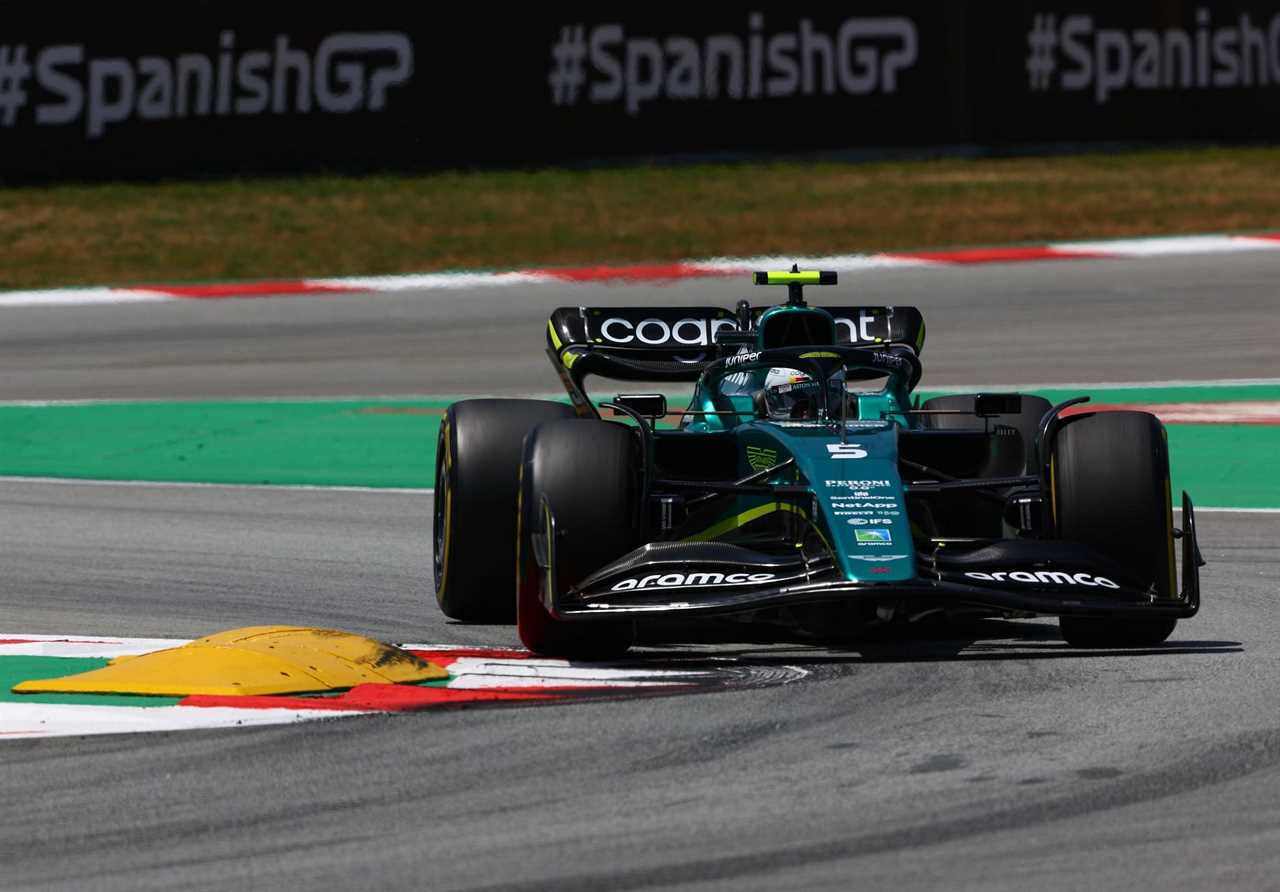 Sebastian Vettel was disappointed with the pace of his Aston Martin AMR22 during the 2022 F1 Spanish GP. The German feels the team from Silverstone had an F2 qualifying pace on Sunday at the Circuit de Barcelona-Catalunya.

Speaking in an interview with motorsport.com after his P11 finish in the sixth race of the season, Vettel said:

“It was hot in the car. With 11th we are not taking any points which was the target. I think for everybody the car felt poor because it was so hot and so slippery with the tires and we were going so slow. We were doing Formula 2 qualifying pace in the race, but we managed the tires better than most.”

The four-time world champion went on to add, saying:

“Everyone’s tires were falling to pieces and lots of drivers pitted fairly early, so we tried something different by opting for a two-stopper. But in the end, we just lacked a bit too much pace to really be able to attack the points-scoring positions. But we tried something – P11 is not much of a reward, but we had a decent race. We knew this new package was not going to be a massive step straight away, but we believe it is a better direction for the future. We are making progress and going forwards, and that is what really matters.”

Aston Martin were under immense scrutiny from the entire F1 world after bringing upgrades to their car, which seemed to be eerily similar to the ones on the Red Bull RB18. They were, however, cleared by the FIA ​​and their performances throughout the weekend seemed to have dispelled any remaining doubts.

According to a report first carried by Catalan publication El Periodico and then corroborated by motorsport.com, Vettel’s bag was stolen from a car window by miscreants from outside his hotel after the race.

The German tried to retrieve his bag by tracking a pair of Apple AirPods with his phone. The thieves, however, ditched the pair of wireless earphones to possibly throw anyone searching for the bag off their trail.

This news was later confirmed by an Aston Martin F1 spokesperson who said:

“A bag belonging to Sebastian Vettel was stolen in Barcelona this morning. He tried to find it by using his iPhone to track his earphones which were in his bag; but when he located his earphones, he found them abandoned and was therefore unable to locate his stolen bag.”

Vettel has reported the incident to the local authorities who have launched an investigation into the matter.