No need for talks with Ocon about “extreme” F1 defence

Fernando Alonso saw no need for talks with Alpine Formula 1 team-mate Esteban Ocon about his “extreme” defense in Hungary, but admitted he was.. 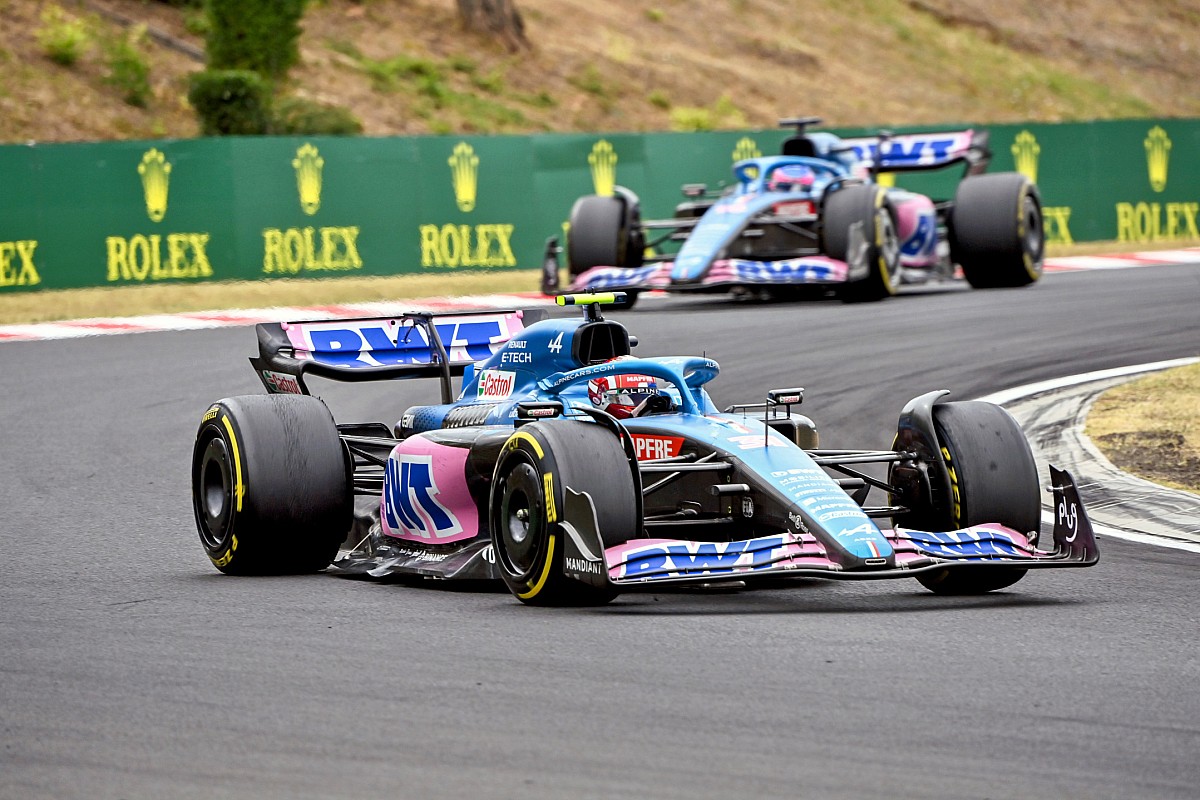 Fernando Alonso saw no need for talks with Alpine Formula 1 team-mate Esteban Ocon about his “extreme” defense in Hungary, but admitted he was “surprised” by the moves.

Ocon appeared to squeeze Alonso twice on the run to the first corner on the opening lap in Hungary, prompting the Spaniard – who has since signed for Aston Martin in 2023 – to lift off to avoid a collision.

Alonso then tried passing around the outside towards Turn 6 chicane but was forced wide, leading to his radio message: “Never in my life have I seen a defense like Esteban. Never. Up the wall, turn 2, and now turn 6. Never.”

Speaking directly after the race about Ocon’s defensive moves, Alonso said: “He was quite extreme.

“Obviously I lifted off and nothing happened. It was probably an opportunity missed there. At the start, I had a good launch, but nothing really to comment.”

Alonso denied there was any need for talks with Ocon about the moves, believing there would always be enough respect between them to avoid a crash.

“I don’t think so,” he said. “We try to race hard always, but always giving that one percent margin to not have any incidents. We never had any, and we will never have.”

Alpine team principal Otmar Szafnauer was unconcerned by the scrap, saying it was fine “just as long as it’s fair, and no damage done, that’s OK.”

The start of the Hungarian Grand Prix

Ocon called the opening lap battle with Alonso “just racing”, and said their later squabble for position after the first pit stops that allowed Daniel Ricciardo to pass both Alpines at the same time was a result of a slow stop and cold tyres.

“We put ourselves in a difficult position at the pit stop, when we got delayed, we pitted a bit late, so the lap times on the fresh tire were better,” Ocon said.

“We should have come out with some margin, some gaps. I tried to defend not necessarily on Fernando, on everybody that I had behind, but on cold hards it was difficult to do so.”

The Alpine drivers’ two-season stint as team-mates will come to a close at the end of the year following Alonso’s decision to sign for Aston Martin.

Confirmation of his exit on Monday has led to confusion over who will race alongside Ocon next year after Alpine announced reserve driver Oscar Piastri’s promotion, only for Piastri to deny he has signed for the team, stating he would not be racing for Alpine in 2023.

Alonso and Ocon ultimately finished eighth and ninth respectively in Hungary, helping Alpine hold on to fourth place in the constructors’ championship heading into the summer break ahead of McLaren by four points.

“To score the same points as McLaren, we have to be proud and we have to be happy with the result,” Alonso said. “Probably we had higher expectations starting fifth and sixth.”