F1 News: Here’s why Lewis Hamilton feels his bond with Sebastian Vettel will ‘continue to grow’ despite some ‘tough battles’

Sebastian Vettel and Lewis Hamilton not only share eleven glorious world championship titles between the two of them, but also an admirable bond. .. 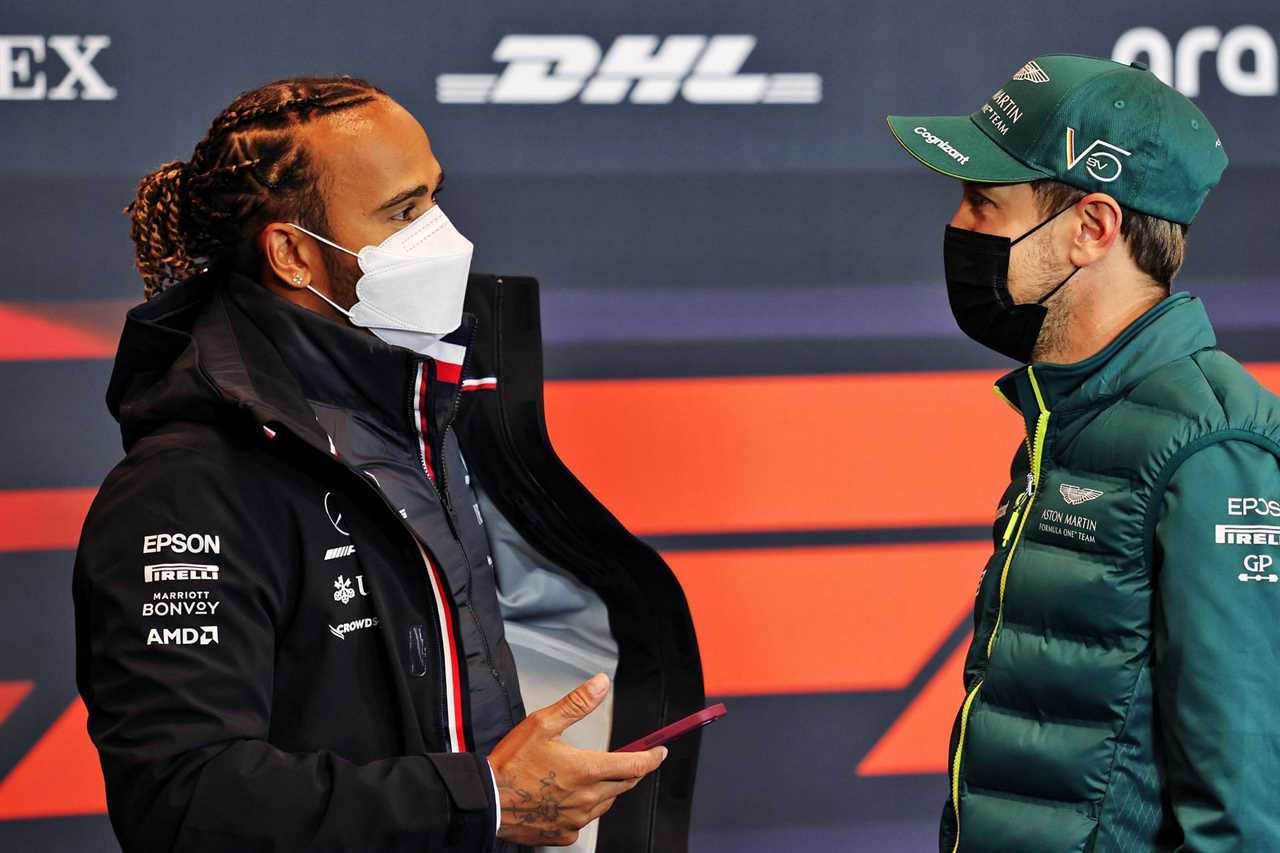 Sebastian Vettel and Lewis Hamilton not only share eleven glorious world championship titles between the two of them, but also an admirable bond. Despite having fought each other in intense battles, both champions share a certain level of respect for one another

Speaking to Racer, Hamilton admitted that he expects his friendship with Vettel to only grow in the future, saying:

“With Seb for example, we’ve had some great races in the past and I’m so proud of him, of how he’s gone through his journey and how he’s opened up and how he’s been outspoken … and continues to be. I have no doubt whatever he plans to do in the future, he will continue to do so. To have the respect between two people who have had tough battles… It’s hard to be friends when you’re having a head-to-head battle and one of you is and one of you isn’t winning. The psychological warfare you go through, it’s tough. But to be able to come out from that and be such good friends – and I think it will continue to grow and (we’ll) be even better friends in future – I’m really grateful for.”“/>Sebastian Vettel & Lewis Hamilton kneeling together

These two have been outspoken all week about the human rights issues in Saudi Arabia. I love that they chose to kneel side by side

“With the younger guys, there’s so much talent here and there’s more coming through. I remember when I came in and thinking I could beat everybody… I know what it’s like, because I’ve been there. I’m really just trying to work on those relationships bit by bit and be supportive of them because, as I said, I’ve been there. I know how tough it is at some of these teams. When you’re in your early 20s, you don’t know what you can and can’t say or how best to navigate (things). All you have is just raw strength, talent and ability. And I’m super excited to start to see Lando (Norris) and Charles (Leclerc), these guys really excel and move forward. There’s some really good guys here.”

When the Aston Martin driver announced that he would be retiring at the end of the 2022 F1 season, Lewis Hamilton had many words of praise for his old rival, highlighting their relationship as proud competitors.

Red Bull boss Christian Horner has accused Lewis Hamilton of refusing to give his 2021 rival Max Verstappen the credit he deserves. Horner felt that Verstappen and Charles Leclerc share a level of respect that does not seem to be as apparent when it comes to the seven-time world champion.

Speaking on the Beyond the Grid podcast, the Briton compared the relationship that Verstappen has with Leclerc to that with Hamilton, saying:

“You know, there’s a difference, there’s perhaps a different respect with Charles. They raced each other since [being] kids, and there was mutual respect. I’ve never once heard Lewis recognize Max’s ability. And so of course, there was just a bit more needle to it and you could feel that, and you could sense that between those two drivers.”

Lewis Hamilton recently also admitted that Red Bull has proven him wrong, after making comments about the team merely being a drinks company back in 2011. He, however, slightly insinuated that Max Verstappen is performing at a high level only as a result of the car’s capabilities.