Sebastian Vettel crashed heavily in both FP3 and in the race, while his teammate Lance Stroll also went off in FP3 and was involved in a.. 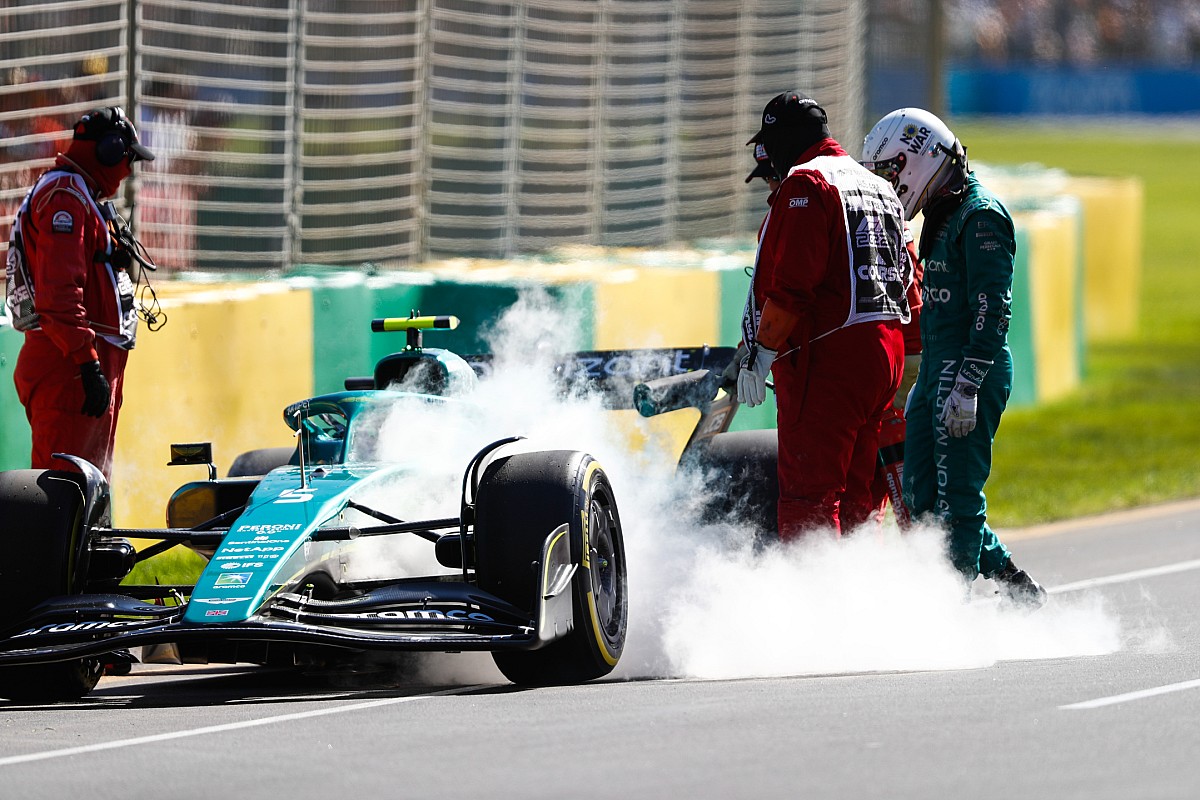 Sebastian Vettel crashed heavily in both FP3 and in the race, while his teammate Lance Stroll also went off in FP3 and was involved in a controversial collision with Nicholas Latifi in Q1.

He then finished the race out of the points in 12th place.

After the race, the team completed an inventory of usable bodywork and suspension components in Australia and back in the factory, and calculated what now needs to be made so that it has a decent stock of current spec parts for the Emilia Romagna GP.

The Silverstone outfit’s manufacturing resources will thus have to be focused on replacing damaged parts rather than on readying new spec items for Imola, although the team hopes to still get some of the planned updates to the car.

“We had a very difficult weekend because we had a lot of car damage,” said Krack. “It started already on Friday, we had a small problem on the power unit, which we had to change.

“So we didn’t get so much time. And then obviously, the on-track incidents that were visible to everybody led to a lot of work.

“I think when we came here, we thought we will have been a little bit better than we have been before.

“But obviously we couldn’t show it so much over the weekend, because then we had much more disruption than you can afford at the end of the day.

“So I think at the end of the race, we were still in the position where we hoped we could score, but then eventually it didn’t happen. Overall, a quite disappointing weekend, I have to say.

“So now we need to really collect all the bits that we have, as we are starting to run low on spares. So it’s something that we need to address.”

Asked if the Melbourne damage would compromise plans to bring updates to the car Krack conceded that it might.

“So you can calculate quickly how many we will need to go to Imola, and actually yes, the question is correct.

“Will we have capacity to develop, or will we need to use our capacity for making spares? So these discussions are ongoing.”