As well as clarifying the metric for measuring aerodynamic oscillations, the TD focused on plank wear and flexing, with a clear suggestion that some.. 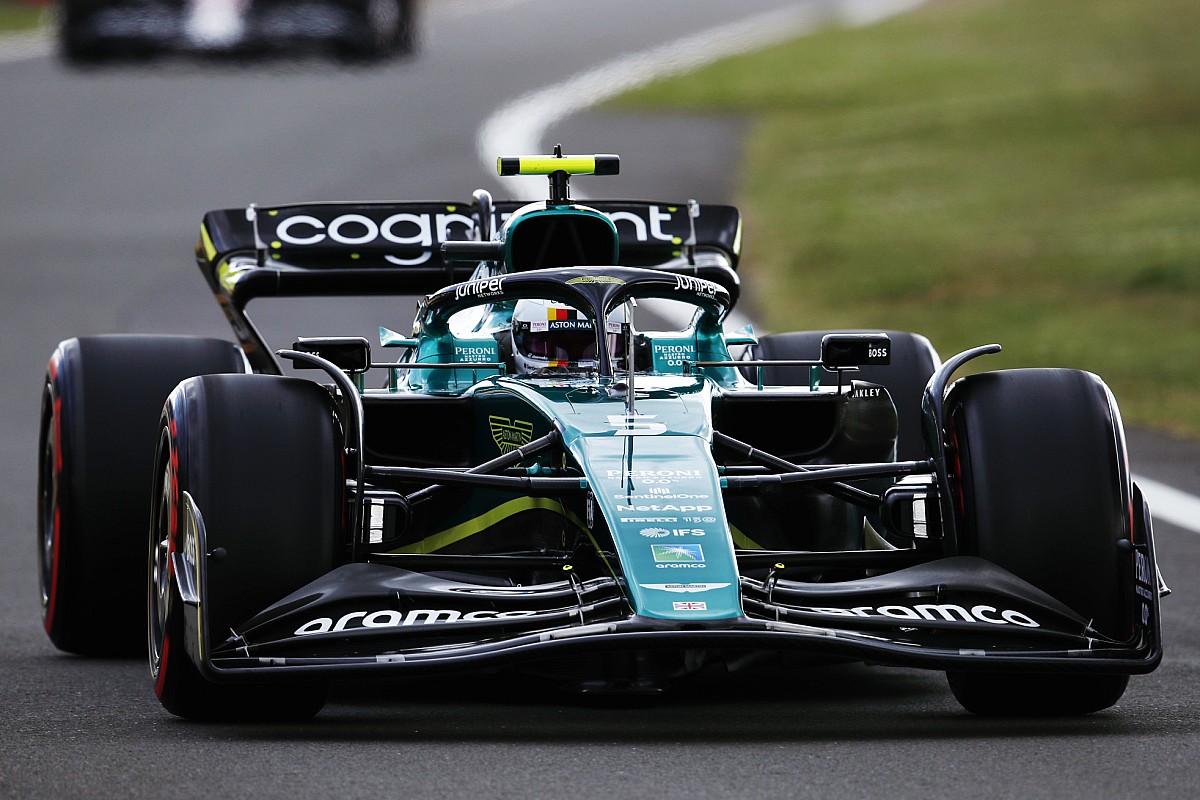 As well as clarifying the metric for measuring aerodynamic oscillations, the TD focused on plank wear and flexing, with a clear suggestion that some teams have been taking advantage of the latter and that there will now be a clampdown.

Krack says Aston didn’t realize that teams might be taking advantage of floor-flexing as a way of controlling porpoising.

Mercedes chief Toto Wolff has also expressed his surprise at the news that some teams might be gaming the system via flexing, calling it a “shocker.”

“Yeah, we need to clarify this,” Krack remarked.

“This is something that we also discussed internally, quite a lot. What are the regulations allowing there? I don’t know who was surprised in the press, what was it Toto?

“I was as well, but I was really, I don’t know if he just said it or not! But we discussed the topic, actually, even this morning, we discussed about it. We need to find out what’s going on there.”

Krack admitted that the news gave Aston an indication of how it might find performance while controlling porpoising, having previously focused on jacking up the ride height.

“Yeah, it gives us a hint. And we need to see with Andrew [Green] and the guys if we’re exploring everything we can there.”

Krack confirmed that Aston will back the TD’s suggestion of rule changes for 2023 on safety grounds, although like other team principals he stressed the value of continuity.

“Safety’s first, and we need to support FIA in making the cars safe,” he said. “Because they say the whole thing is a safety issue. And anybody’s personal interest comes only second.

“Now, obviously, the less change you have, the closer the cars in theory will be together. And change is very expensive.

“So from that point of view, yes, we want not as many changes, or the least change that you can have. On the other hand, we need to support the FIA ​​by making it safe.

“Because you see [with the Guanyu Zhou crash] what the work over all these years has led to.

“There is the technical advisory committee, they have spoken about several changes that you can make. We have commented. There has been a list of suggestions.

“And we have given feedback on which of these points we think would be the most effective to reduce porpoising.”

Haas boss Gunther Steiner indicated at Silverstone that some teams have already conducted work on changes that might now be adopted by the FIA, giving them an advantage as they prepare for 2023.

“So, from that point of view, I think everybody is free to do that. And if they have done that, and the regulations go that way, then they have done a better job than others.”