Sim racing esports is an insanely competitive industry. With 0.02 seconds splitting drivers in qualifying over a 100-second lap, the margin for.. 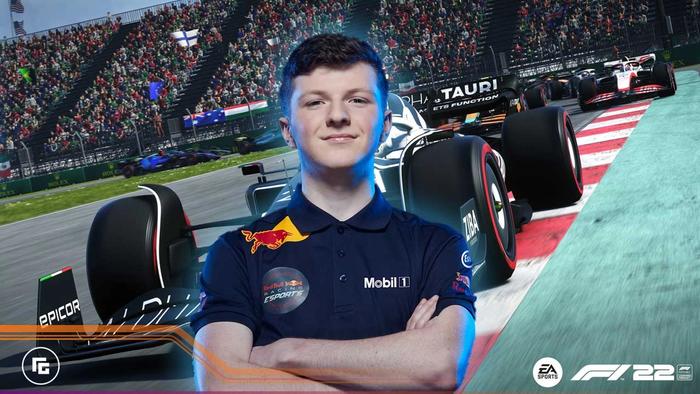 Sim racing esports is an insanely competitive industry. With 0.02 seconds splitting drivers in qualifying over a 100-second lap, the margin for error is tiny and the demands are high.

For many though, it is “just a game” and those that excel in the field shouldn’t have a place in motorsport. Red Bull Racing disagree though, thanks to the other-worldly talent of Sebastian Job.

Sebastian Job first joined Red Bull Racing as part of their Esports team, and as an iRacing specialist.

Job dominated the Porsche TAG Heuer Esports Supercup (PESC) and claimed the 2020 championship before then turning his sights to F1 Esports.

The jump from iRacing to the Codemasters F1 series was a big one, but in 2021 Job more than held his own in the ultra-competitive field as part of the AlphaTauri team. In 2022 he has improved, already beating his 2021 points tally with 25% of the season still to go.

Job’s attitude and work ethic has been on full display over the years with Red Bull. When we spoke to him last year he said “I want to be the best at what I do.” – and he can certainly lay claim to that title. Which is why Red Bull Racing has taken a keen interest in their esports star.

In 2021 Alex Albon didn’t have a Formula 1 drive. Instead, he spent his time in the Red Bull Racing simulator, testing setups and strategies that helped Max Verstappen and the team finally dethrone Mercedes.

With the Thai driver landing a Williams drive for 2022, that sim driver role at Red Bull opened up, and where better to turn than to a sim racing star?

In 2020, Red Bull gave Job an assessment in their simulator, but Seb wasn’t quite up to the task. Speaking to redbullracing.com, Job said: “I wasn’t strong enough when I tried the simulator for the first time. The experience was a real eye-opener and I knew I needed to work on my fitness and strength if I was ever given the opportunity to be assessed again.”

Since then, Job has clearly been in the gym, and after another assessment in 2022 he is now officially a Red Bull Racing Formula One sim driver. But in typical Sebi fashion, that doesn’t mean he’s stepping away from esports.

Job has already run test setups for Red Bull drivers across F3, F2, and F1, and while he steps up in an official capacity with the F1 team, he will still continue competing for Oracle Red Bull Racing Esports.

“In a lot of ways the two roles complement each other and make me a better driver in both disciplines.” Said Job.

“iRacing has a lot of complex setups and is one of the most accurate representations of the real thing, while the sim we use for the race team is the most advanced technology there is – my driving has got better as a result for sure.”

With the F1 season over, Job’s next target is the final three races of the F1 Esports season, taking place in Suzuka, Interlagos, and Yas Marina over 14-16 December.

After that though, he seems set to be one of the busiest drivers in all of motorsport, both physical and virtual!