Red Bull and Mercedes stole the show at the season opener in Bahrain. Both teams gave the fans an exciting race from start to finish. An intense.. 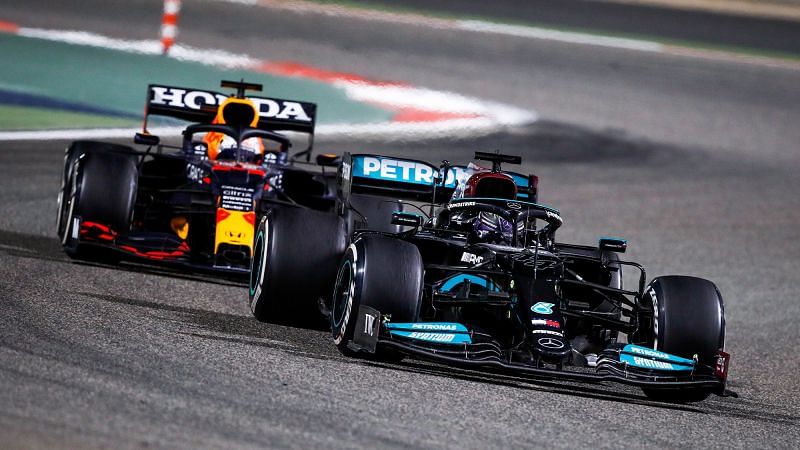 Red Bull and Mercedes stole the show at the season opener in Bahrain. Both teams gave the fans an exciting race from start to finish. An intense battle for first place, a tight midfield and several overtaking maneuvers set the stage for one of the most anticipated Formula 1 seasons in recent history.

One of the biggest takeaways of the weekend was the championship bout. Red Bull dominated all non-racing sessions at the Bahrain Grand Prix. The team topped the timesheets in all three training sessions. Max Verstappen then brought Lewis Hamilton to pole position by four tenths. However, the Milton Keynes team could not translate their dominance into a victory. Pragmatic strategy decisions and a driving masterclass from Lewis Hamilton have catapulted Mercedes to the top step of the podium.

Red Bull will worry that they won’t be able to win the race in Bahrain. The team will take comfort in being the fastest car on the grid but cannot afford to lose any more races from the winning positions.

Mercedes, on the other hand, will be comforted by their race victory. Nevertheless, the team is aware of the lack of performance compared to Red Bull. If the Silver Arrows want to maintain their dominance in the turbo-hybrid era, they have to bring a faster car to the upcoming races.

Formula 1 travels to Imola for the second round of the championship. The weekend could be Red Bull’s chance to hit back at Mercedes.

Mercedes on your hindfoot?

Despite Lewis Hamilton’s win at the Bahrain Grand Prix, it was clear that Mercedes didn’t have the fastest car. With Verstappen, who took pole position and then battled Hamilton to the last corner, Red Bull demonstrated that they are ahead of the Silver Arrows in terms of speed.

Mercedes was thrown back by the new FIA regulations for the 2021 season. The umbrella organization called for shortened wheelbases for the cars. This directly affects teams with a low-rake concept at the rear. Mercedes is the pioneer of this design in the turbo-hybrid age. Although the teams were informed of the rule change at the end of the 2020 season, Mercedes did not consider it necessary to revise the aerodynamics philosophy of their car. That hurt the team.

On the concerns of Mercedes, Andrew Shovlin, Engineering Director at the trackside added:

“I don’t think we’re good enough at high-speed and there are a lot of that in Imola and Portimao and that’s an area where Red Bull currently has an advantage over us.”

If you take Shovlin’s quote at face value, it increases Red Bull’s chances of an overall strong start to the season. There is no doubt that Red Bull currently has the faster car. The Milton Keynes team has done well on high downforce tracks in the past. This could be dangerous for the reigning champion at the Grand Prix of Emilia Romagna.

However, Red Bull also has its own concerns. The team found that it takes more than a fast car to win a Formula 1 Grand Prix event. Red Bull has to address their problems ahead of the upcoming race in Italy.

With Red Bull’s pace and driver line-up, there’s not much to stop the team from challenging Mercedes to a real championship battle. However, the team has had a persistent weakness for several seasons: the second driver.

Red Bull has struggled to follow in his footsteps since Daniel Ricciardo started out in new fields. The team has employed three drivers in three seasons since the Australian left. Red Bull initially decided to promote drivers from their academy.

Pierre Gasly was elected for the seat alongside Verstappen in 2019. However, after a disastrous campaign by the Frenchman, he was demoted to his B-Team mid-season. Red Bull replaced Gasly with another academy graduate, Alex Albon.

The Thai-British driver performed great with Toro Rosso, making him an obvious choice for second seat. Albon struggled to match Verstappen’s pace, however, and was removed from the role after the 2020 season.

Gasly’s demotion to AlphaTauri was a hidden blessing for the French. Not only did he achieve his first podium, the driver also drove the checkered flag in Monza in 2020 and earned him his first Grand Prix victory of his career. The Frenchman’s performance on Red Bull’s B-Team raised serious questions. Gasly looked faster for the midfield team than at Red Bull. His results convinced the experts that the Red Bull was tuned to Verstappen’s driving style.

If this is true, Sergio Perez – their new driver – faces the same fate as his predecessors. The Milton Keynes-based site cannot afford that. Red Bull needs a # 2 driver to play wingman for Verstappen.

This was evident at the Bahrain Grand Prix. The Mexican started the race from the pit lane, leaving Max Verstappen alone against the two Mercedes cars. This enabled the Silver Arrows to split up their strategy and win the race.

Red Bull must avoid this scenario in the future. It’s in the team’s best interests to develop a car that both drivers can feel comfortable in. Your current driving style can earn Verstappen the drivers ‘championship, but the team won’t win the constructors’ title.

Can Max Verstappen challenge Lewis Hamilton for the drivers’ championship? Absolutely. Can Red Bull Mercedes challenge for the constructors’ title? Only when they deliver a car that suits both drivers equally.