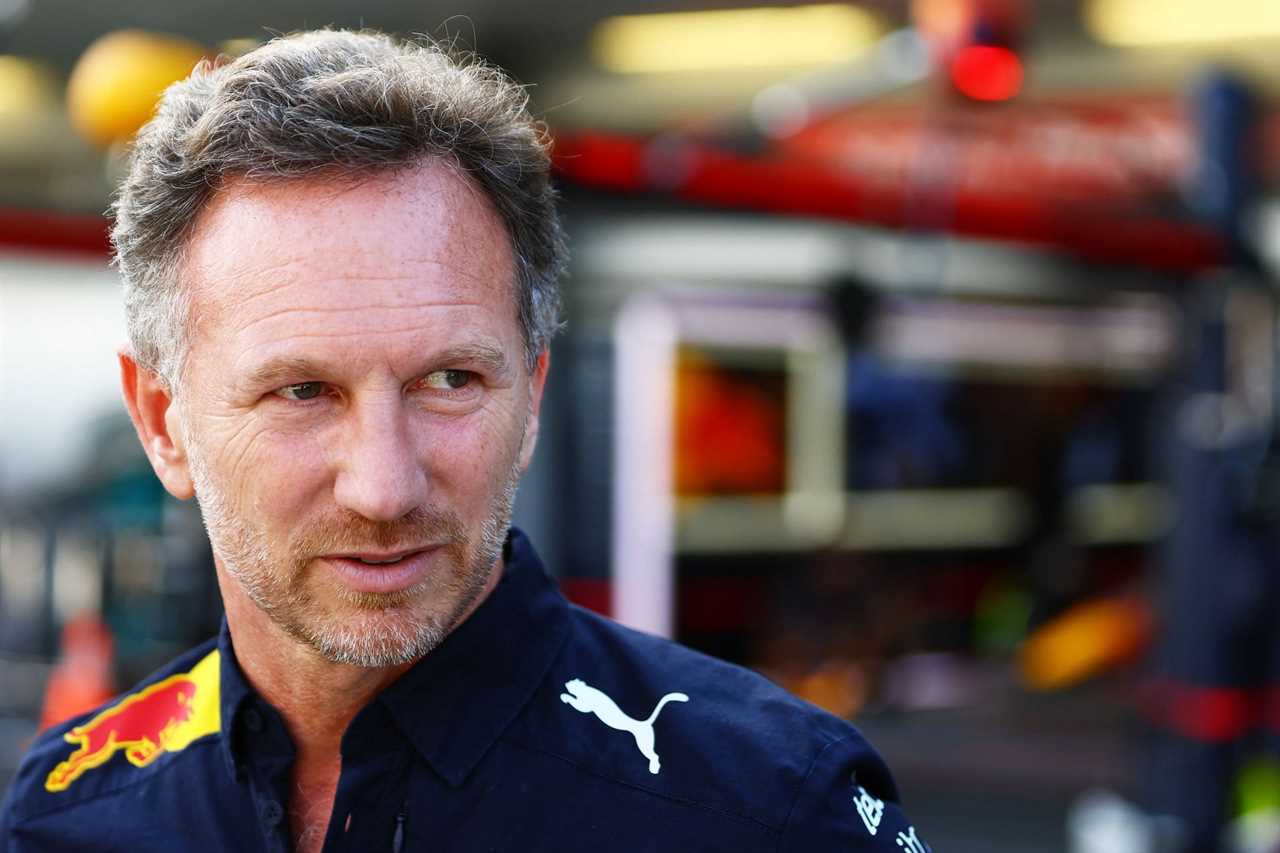 Red Bull team principal Christian Horner believes his side can give Ferrari a hard time come race day at the 2022 F1 Azerbaijan GP.

Ferrari’s Charles Leclerc took pole for the fourth consecutive race of the season ahead of both Red Bull drivers Sergio Perez and Max Verstappen. The Briton, however, is optimistic about their chances on Sunday.

Speaking to Sky Sports F1 in the immediate aftermath of qualifying, the 48-year-old said:

“I thought before qualifying that it was going to be very tight and that over a single lap, Ferrari would have the edge but we have shown so far on Sundays we have a good and competitive race car. At a track you can overtake at, hopefully we can give them a hard time tomorrow.”

Horner is hoping that the Red Bull RB18’s superior straight-line performance will help reel the Ferrari F1-75 in the DRS zones, especially in the final sector. The Briton went on to add, saying:

“It is such a long straight here and the DRS is pretty powerful but of course you have to be close enough to use that in the middle sector so it will all be about trying to go with and convert the start.”

Both Verstappen and Perez were faster in the second and third sectors while qualifying and further gains could be made with slipstreams in the aforementioned straights.

Red Bull have agreed on a deal to keep Sergio Perez with the team until the end of the 2024 season. The news was confirmed by the Milton Keynes-based outfit shortly after the Mexican’s first win of the 2022 campaign in Monaco.

In a statement shared by the team, Perez said:

“For me, this has been an incredible week, winning the Monaco Grand Prix is ​​a dream for any driver and then to follow that with announcing I will continue with the team until 2024 just makes me extremely happy. I am so proud to be a member of this team and I feel completely at home here now. We are working very well together and my relationship with Max [Verstappen], on and off the track, is definitely helping drive us forward even more. We have built tremendous momentum as a team and this season is showing that, I am excited to see where that can take us all in the future.”

The Red Bull team principal also weighed in on the news, saying:

“Since joining Oracle Red Bull Racing, Checo [Sergio Perez] has done a fantastic job. Time and again he has proved himself to not only be a magnificent team player but as his level of comfort has grown he has become a real force to be reckoned with at the sharp end of the grid. This year he has taken another step and the gap to World Champion Max [Verstappen] has closed significantly, evidenced by his superb pole position in Jeddah earlier this year and by his wonderful win in Monaco just last weekend. For us, holding onto his pace, race craft and experience was a no-brainer and we are delighted that Checo will continue to race for the team until 2024. In partnership with Max, we believe we have a driver pairing that can bring us the biggest prizes in F1.”

The move blocks out a promotion in the immediate future to the senior team for Horner and Co.’s illustrious group of young drivers in the junior formulae while also casting a cloud of doubt over the future of AlphaTauri driver Pierre Gasly.