Sergio Perez topped the timesheets of the second practice session before the USGP 2021. The Red Bull Racing driver was followed by McLaren driver.. 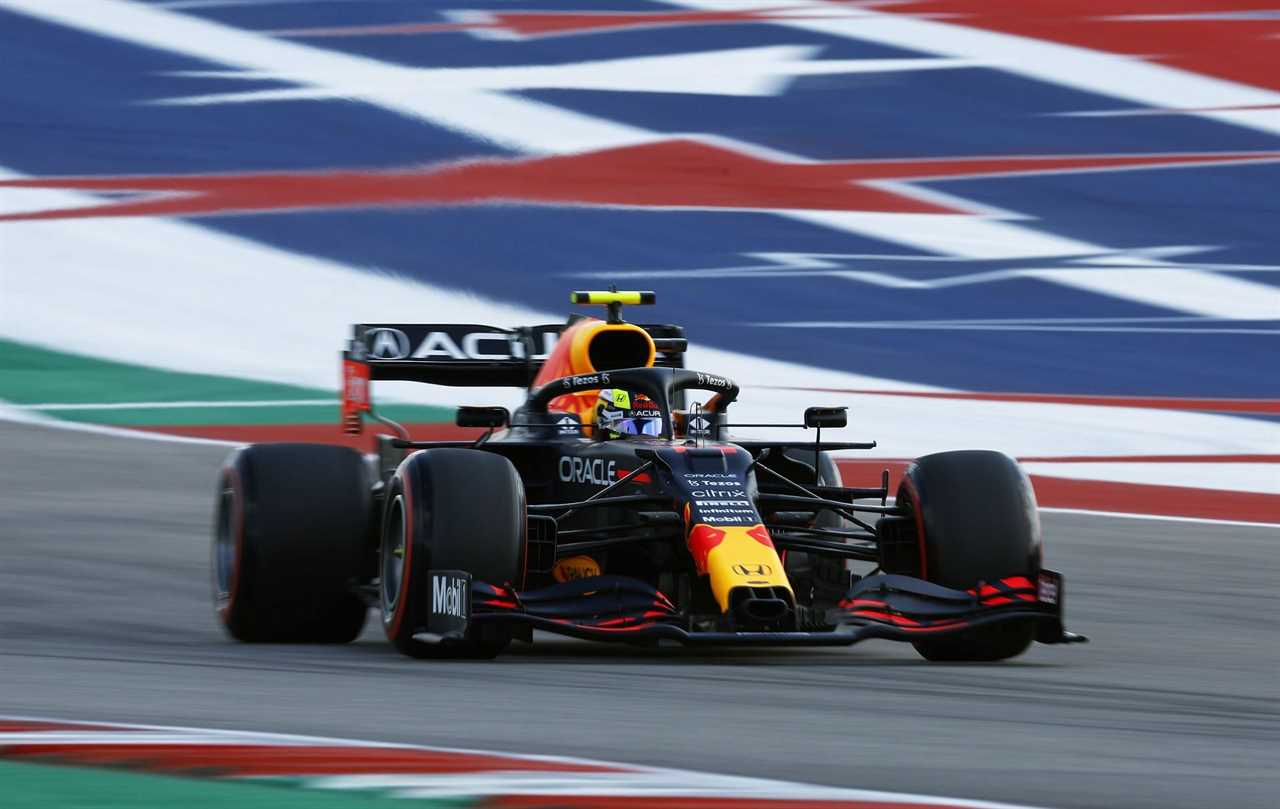 Sergio Perez topped the timesheets of the second practice session before the USGP 2021. The Red Bull Racing driver was followed by McLaren driver Lando Norris, who was second fastest, and Lewis Hamilton, who was third fastest.

Valtteri Bottas during practice ahead of the 2021 USGP in Austin, Texas. (Photo by Mark Thompson / Getty Images)

The fourth fastest lap of the session was driven by Mercedes driver Valtteri Bottas, who before the USGP was punished with a starting place penalty for changing the engine. The two Mercedes drivers were separated by a narrow margin of 0.05 seconds.

Hamilton’s fastest lap, which was canceled, was only 0.1 seconds faster than the rest. So the overall performance of Mercedes in FP2 was not a pace-dominating show like in FP1 earlier in the day.

The Friday training is over.

FP2 ends with Lando on P2 and Daniel on P5. Let the hard work go on, team.

“/> Friday’s training is over.

FP2 ends with Lando on P2 and Daniel on P5. Let the hard work go on, team.

McLaren driver Daniel Ricciardo set the fifth fastest lap of the session, an improvement on his FP1 rating of 16. The Australian was followed by Lance Stroll, who finished sixth in the session.

Ferrari driver Charles Leclerc set the seventh fastest time, while his team-mate Carlos Sainz set the ninth fastest time. Ferrari drivers were split by 0.347 seconds. Between the two Ferraris was Max Verstappen, who was classified eighth in FP2 before the USGP.

When Verstappen tried his qualifying simulation laps, his fastest lap had to be abandoned as he was hindered by Hamilton. The duo went wheel to wheel on the track, only to leave the Dutchman frustrated. The Red Bull Racing driver eventually stopped his lap, dropped his set of soft tires and switched to medium-sized tires for racing simulations.

Alfa Romeo driver Antonio Giovinazzi finished tenth and rounded off the top 10 fastest of the FP2 session ahead of the USGP. The Italian was one place less than his FP1 result, which was ninth.

The second free practice session of the USGP included some simulation runs in qualifying and mostly long racing simulation runs. Most of the drivers canceled their fastest lap times due to violation of the route limits, some had to cancel their sprint laps due to traffic obstructions.

Due to the shortened FP2 session and the increased focus of most teams on long runs, the current classification may not be an accurate representation of the pecking order in qualifying. The FP3 before qualifying for the USGP should be a stronger indicator of what to expect.

The full classification of USGP FP2 results prior to qualifying is as follows: