Max Verstappen admitted that he expected more pace from his Red Bull RB18 after fending off Ferrari’s Carlos Sainz to claim victory at the 2022 F1.. 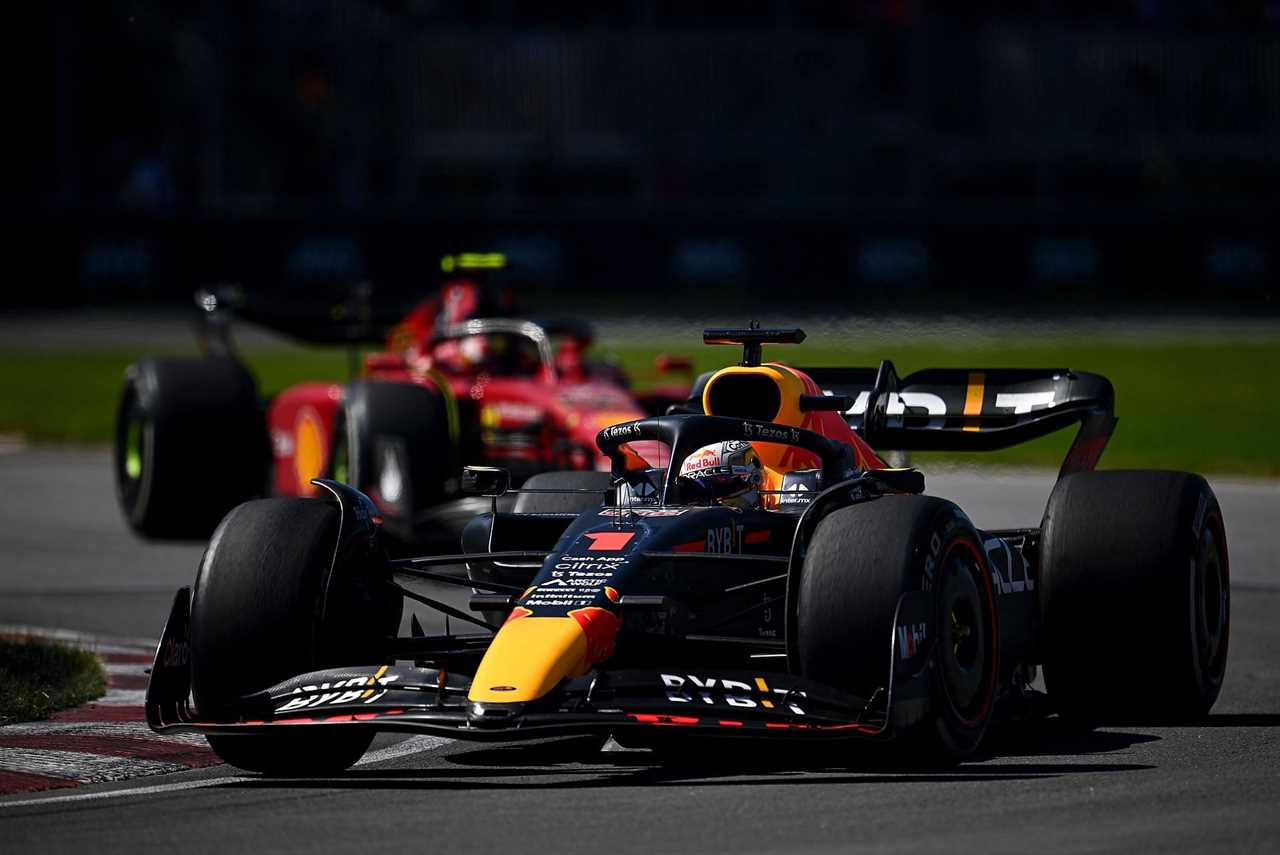 Max Verstappen admitted that he expected more pace from his Red Bull RB18 after fending off Ferrari’s Carlos Sainz to claim victory at the 2022 F1 Canadian GP.

The Dutchman had to defend against the Ferrari driver in the final stages of the race after a safety car, following AlphaTauri driver Yuki Tsunoda’s crash, bunched the field up together.

Speaking at a post-race press conference at the Circuit Gilles Villeneuve, Max Verstappen was asked to share his thoughts on the race. He said:

“It was a tough race. I mean, I expected to have a little bit more pace. But we seemed to lack a little bit compared to Carlos [Sainz]. That’s of course the only one I could compare to, with the Ferrari. And, yeah, it was a bit more difficult than I expected. But I think, you know, we did our strategy and I think for us it worked. Like that was the right one to do. And I think at that second stop, of course, I had the fresher tires, I was closing in on Carlos, but I wasn’t sure if I actually would fully close that gap to the end of the race.”

The defending world champion went on to say that he was driving on the edge towards the end and knew that any mistake could cost him the win. Max Verstappen added:

“But then the safety car came out. And I was also not very happy with that, because then I knew, of course, that he had fresh tires behind me. And already with a little bit more pace compared to me and it’s difficult to defend. But yeah, the last 15 or 16 laps we were flat out, pushing to the limit. And I knew, of course, that I couldn’t make a mistake. But it was good racing, you know. It’s always more enjoyable to be able to really push in a Formula 1 car instead of just saving your tires.”

The win at the 2022 F1 Canadian GP was Max Verstappen’s first time on the top step of the podium at the Circuit Gilles Villeneuve. It also helped him surpass two-time world champion Jim Clark and three-time world champion Niki Lauda on the list of all-time wins in F1 in the process.

However, the 24-year-old doesn’t pay too much attention to such records. After his 25th career win to tie the two legends at the 2022 F1 Azerbaijan GP, ​​he said:

“Well, hopefully many more [podiums] to come Yeah, we also do more races a year, right? So if you have a good car…It’s not really comparable, but it’s nice for the books.”

Up next is the 2022 F1 British GP at Silverstone, a track that saw the first big flashpoint in Max Verstappen’s rivalry with Lewis Hamilton in 2021.