Daniel Ricciardo’s role in Formula 1 for the 2023 season looks promising as new reports of him getting back into Red Bull emerge.Speculation of him.. 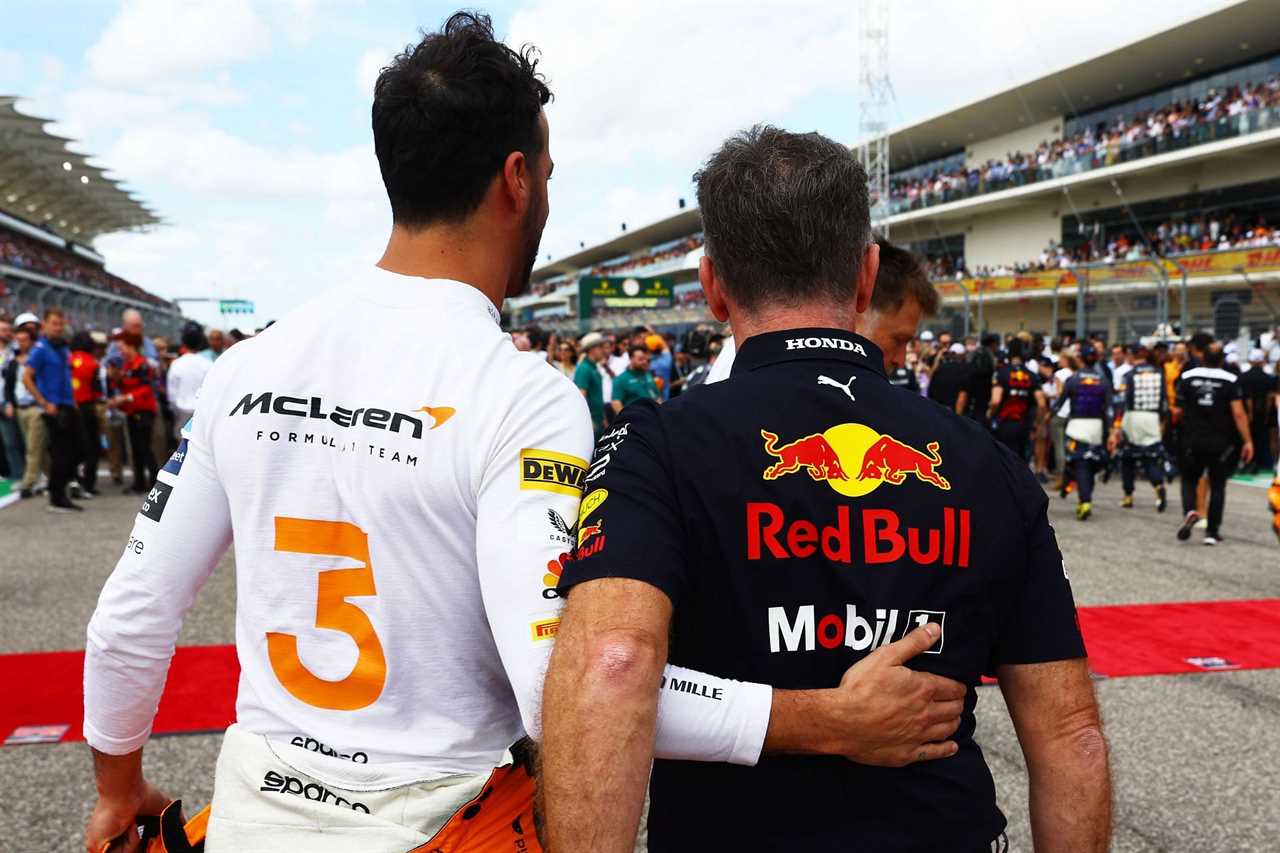 Daniel Ricciardo’s role in Formula 1 for the 2023 season looks promising as new reports of him getting back into Red Bull emerge.

Speculation of him getting back to the Milton Keynes-based team has emerged, however, it has not been confirmed if he will be in the role of a driver. Reports say that he will return to the team in a ‘different role’.

This would not be Daniel Ricciardo’s first stint with Red Bull. He was with the team for four years back from 2014 to 2018. After winning 7 races with the Austrian team, Ricciardo moved to Renault in 2019 and then to McLaren in 2021.

His time with McLaren hasn’t been great, to say the least. Ricciardo has only won one race (2021 F1 Italian GP) since leaving Red Bull, and due to his poor performances, the English team has been having tough battles with Alpine this season.

| RUMOUR: Daniel Ricciardo is set to be announced as the 2023 reserve driver for Red Bull Racing…

| RUMOUR: Daniel Ricciardo is set to be announced as the 2023 reserve driver for Red Bull Racing…@esportenaband https://t.co/wKAarbeBoP

Due to the poor performance, his contract was in grave danger, and after Oscar Piastri was rumored to be on the grid, it only became worse for the Australian.

After the Alpine-Piastri saga ended, McLaren were quick to announce him as their driver for the 2023 season, which obviously put an end to the Australian’s contract. Daniel Ricciardo revealed that he and the team terminated it on ‘mutual grounds’.

Daniel Ricciardo might have had an opportunity with Haas, as the reports said. However, Ricciardo had previously said that he would rather not be in any team in 2023 than be in a slower car.

The 33-year-old stated that he might return to the grid in 2024 with a stronger team. Post this announcement, his chances of being in 2023 dropped to the lowest. However, new reports have recently emerged about his talks with the Bulls. Reports say that Ricciardo might have the opportunity to be a reserve driver for the team with the announcement expected ‘soon’.

There were also rumors about him getting a chance at Mercedes as a reserve driver. However, everything remains in speculation for now and nothing has been confirmed. These reports could mean that he might get into a stronger team in 2024 as he desires.

Catch Daniel Ricciardo in action on Sunday (November 13) at the 2022 F1 Brazilian GP race at the Autodromo Jose Carlos Pace in Sao Paulo.