MotoGP's durable Japanese age may be involving an end

Since the 1970s, grand prix motorcycle racing has been absolutely dominated by Japanese manufacturers, with every single premier-class title bar one..

Since the 1970s, grand prix motorcycle racing has been absolutely dominated by Japanese manufacturers, with every single premier-class title bar one (Casey Stoner’s 2007 triumph for Ducati) being won by manufacturers from that country from the moment that Giacomo Agostini heralded the changing of the guard by switching form MV Agusta to Yamaha in 1975.

But while Yamaha might still be leading the way in 2022 with Fabio Quartararo, it feels very much like the whole balance of the series is very slowly shifting back towards European factories for the first time in almost half a century, begging the question: is the end of Japanese dominance of MotoGP in sight?

On one hand, of course, that’s a stupid question. The three Japanese factories in MotoGP still very much maintain a monopoly over the history books, with all three of them winning titles in recent years thanks to Marc Marquez (Honda), Joan Mir (Suzuki), and Quartararo (Yamaha) in 2019, 2020 and 2021 respectively.

Quartararo obviously also very much looks to be on course to defend that crown in 2022 as well, going into the summer break with a healthy 21-point lead over his nearest competitor, the Aprilia of Aleix Espargaro.

However, while results might still be in their favor for now, there’s a rising critical mass that suggests that a tipping point is almost being reached. Look further down the 2022 standings past Quartararo, for example, and there’s an argument to be made that it’s the Frenchman’s raw talent alone that’s keeping the Japanese contingent afloat and not the level of the machinery that’s being provided.

Quartararo aside, you have to scroll all the way down to eighth and ninth to find the next-best Japanese entries in Suzuki duo of Joan Mir and Alex Rins next, completing something of a ghost season for the Hamamatsu manufacturer set to pull out of the sport (again) at the end of the current year.

The next Yamaha to Quartararo is his team-mate Franco Morbidelli in a vastly distant 19th place, having scored only 25 points so far this year. Things at Honda are even worse, with Marc Marquez still its top-ranked rider despite him having started only six of the year’s 11 races so far.

And without Quartararo’s considerable contributions, the current constructors’ table would’ve placed Ducati, Aprilia and KTM ahead of Suzuki, Honda and Yamaha. 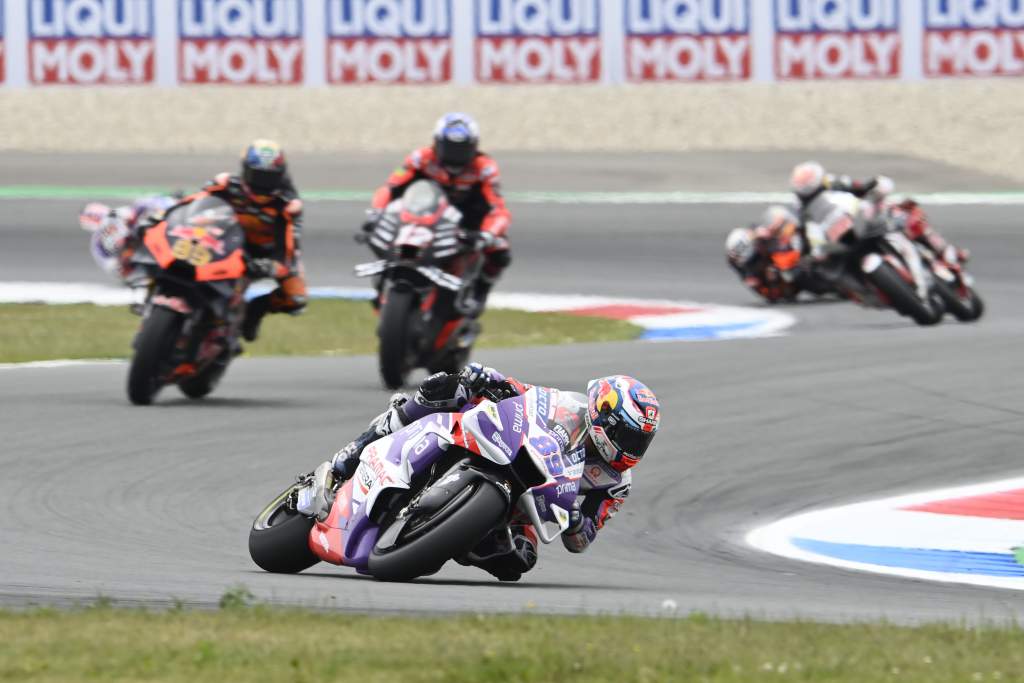 So why are we witnessing such a huge shift in the balance of the series now? Well, it seems that there are two reasons for it, and while one might be compensated for in the coming years, the other is going to require a wholesale shift not just in method but in thinking that might be difficult for a traditional Japanese company.

Firstly, there’s COVID. It’s no secret that the pandemic situation in Asia in general and in Japan in particular was much tougher than it was in Europe. Total lockdowns, travel bans and super-strict quarantine restrictions that continue to this day haven’t just led to less productivity and manufacturing back at the teams’ bases, but have also stopped engineers and team bosses from making the commute back and forth from the paddock to the workshop, drying up feedback and slowing development.

But while time (and the eventual reopening of borders, something that still hasn’t happened in Japan) will repair that damage, there’s a bigger cause that will continue to impact the Japanese factories: the huge development in new areas like ride height devices and especially aerodynamics.

All you have to do to know that the likes of Yamaha have been totally left behind is look at their M1 bike compared to say Ducati’s Desmosedici or Aprilia’s RS-GP. The difference is stark, with one looking like a futuristic space fighter and the other very much an old school MotoGP bike with some winglets bolted onto the front. 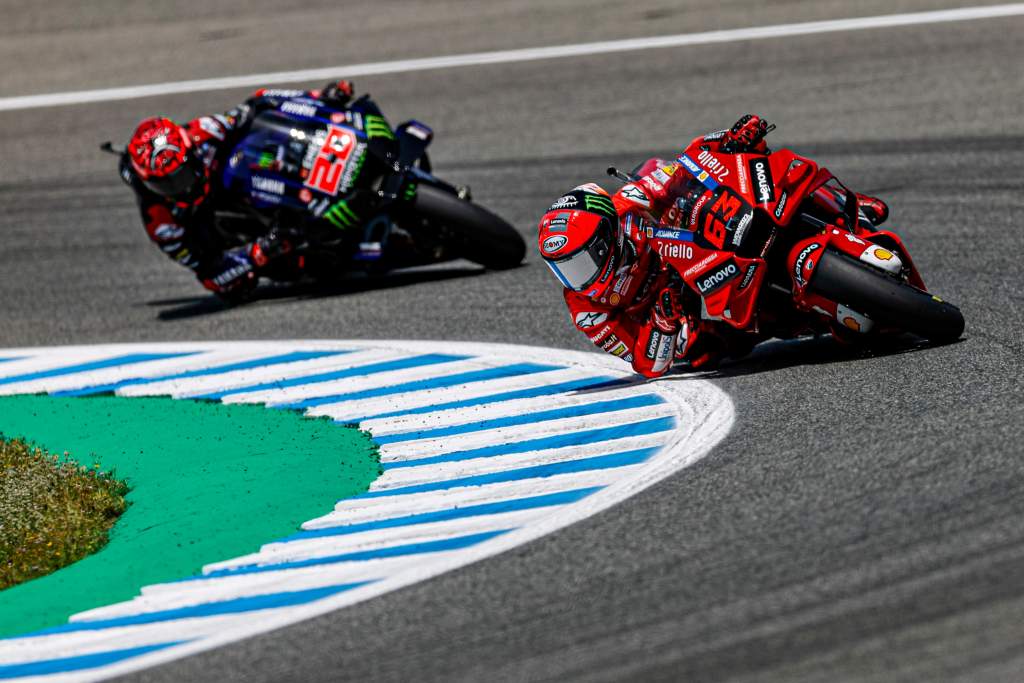 The same situation plays out with ride height devices, where Joan Mir’s title defense in 2021 was essentially self-sabotaged by his own factory, which failed to deliver the crucial component he spent the first half of the season crying out until it was too late.

It’s a result of a conservative Japanese mentality, one that still seems to build motorbikes the way they’ve always built motorbikes, seemingly in a completely separate bubble that exists alongside the European factories but not necessarily inspired by them or willing enough to copy what they ‘re doing (something that has worked very well indeed for Aprilia in particular as it’s built arguably the best bike on the grid by copying Ducati).

Yet the only thing they can do is make that mental shift sooner rather than later, because the bad news is that it’s going to get harder not easier unless series bosses step in and make some significant changes.

The departure of Suzuki (something that increasingly seems to be the result of internal politics more than anything else) is a significant one for everyone else for one reason and one reason alone: ​​it tips the balance of the Motorcycle Sports Manufacturers’ Association (essentially the rule-making body) conclusively towards Europe for the first time.

Comprised of three Japanese factories and three European ones since 2016, the MSMA will change in make-up for 2023 – and it will mean that more creative and outside-the-box engineers will steer the agenda and will most likely make life even harder for the traditionalists, even if it’s not done by design but by accident. 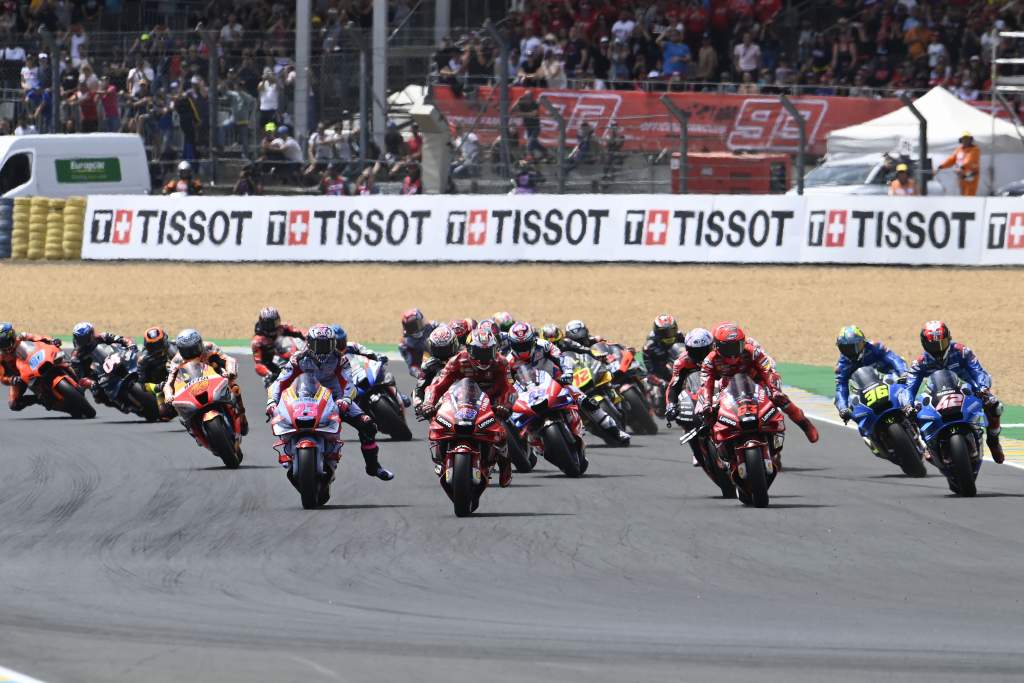 Of course, it’s definitely too early to write off the sport’s most experienced teams, and it’s going to be impossible to definitely call an end to the era until we see multiple European manufacturers win titles over the course of years.

But, with one fewer Japanese manufacturer in the sport next year and with the smallest number of Japanese bikes in decades on the 2023 grid (Yamaha’s lack of a satellite team and Suzuki’s withdrawal means it’ll be six versus 16), it’s hard to argue that we’re not seeing the first warning signs of a tectonic shift in the sport.