The year in reviewTeam managers speak in 2021Overnight in Valencia, representatives of each of the six works teams met to review the season in front..

The year in review
Team managers speak in 2021

Some key messages from the team representatives

“We are happy to win the constructors’ championship for the second time in a row. I think even this year in a more normal championship over 18 laps is even better for us to get that result and I think it’s the best season ever for Ducati with 21 podiums the highest number ever. The other best result was in 2007 when we won the championship with Casey and got 18 podiums with Casey and Loris Capirossi. Six races, 10 pole positions, a Ducati was always in the front row and I can’t remember the last time that happened. It was successful, I think to win with three riders, to be on the podium with five riders, shows that our bike is very competitive, we may still have a bit of problems on some tracks like the Sachsenring and maybe Assen is not perfect for us, but all in all we are happy. It’s a shame that we couldn’t fight with Fabio all the way to Valencia, but he had a fantastic season and made almost no mistakes, he deserved to win. But we are confident that we will be there next year to try and bring that title back to Bologna.

“We made a big change from last year to this year, we ‘promoted’ Pecco and Jack from Pramac to the works team and invested in new young drivers – the oldest is Johann, who is only 30 years old. We made the right choice and have gone in the right direction and we have some new rides next year as well. Eight bikes at the start are certainly a logistical challenge, but we’ve done it in the past with Pramac, Avintia and Aspar. So we know how to deal with it. Having many of the most promising young riders on Ducatis is good for us and our future. “

“We are super satisfied with the result, but at the end of the day we are all here to win the drivers’ title that really counts and will be remembered for years to come. [Ciabatti laughs] We’re friendly competitors on and off the track, so that’s part of the game [laughs]. Super happy, it’s been five years since no drivers’ title was won and I think Fabio drove the almost perfect season, he did a bit of Joan Mir and took the title and then fell, which was ultimately the deciding factor to get around to be approved Ducati receives the designer award it deserves. We still have the team title, but we’re 28 points behind, but never say never, for example at Misano you had zero points and then at Portimao we got almost zero points. That can change quickly here, it’s very competitive, but it feels good to have another drivers’ title in the bag.

“It’s about bringing the whole package together, working together as a team, so that the engineers work more closely with the team, with the Europeans. In order to win in a highly competitive world with six manufacturers, everything has to be aligned. It’s very complicated and complex, also unpredictable, sometimes you have almost everything reconciled and then a big problem happens, for example like Marc with his unexpected injury a year ago, which was decisive for Honda. I think we’ve definitely regrouped in the last two or three years. Last year was a difficult year, you will all remember and unfortunately I have problems with the engine, the valve history, if you make mistakes in the preparation and in the process, you will not reach the goal, so this season we have compared to took a step forward last year. We still lack the pure power, but that is also due to the Covid restrictions from last season to this year, with no engine development, so we couldn’t take a step forward, but we have improved a lot of things this year. We brought Fabio into the works team, with some of his, let’s say, employees on board, very good synergy, very good cooperation. It’s not his first year, it’s his third with Yamaha. Fabio moved up this year too, we fixed a lot of issues we had last year when it was a brand new factory bike, a new generation. I think we just stepped up and got the job done. “

“We won the drivers’ title and the team title last year, compared to that it was very difficult, a tough season for us. But at the beginning of the season, before we started, we decided not to be the defending champions and decided to be challengers again to get to the top positions. But that meant we had some difficult moments in the middle of the season and in the first half of the season without a device that other manufacturers already had. Fortunately we have two strong drivers and Joan is very consistent and he has speed. We just need something small to get more speed and results. And Suzuki sometimes struggles in qualifying, and that costs our race results. Every time I’m on the grid, Simon Crafar asks me and I say, ‘The starting position is not ideal for us, but the race pace is good’ and he says it’s the same comment I always make! But I think we have already started to overcome this for next year and I think that next year we will be able to fight for podiums and wins. 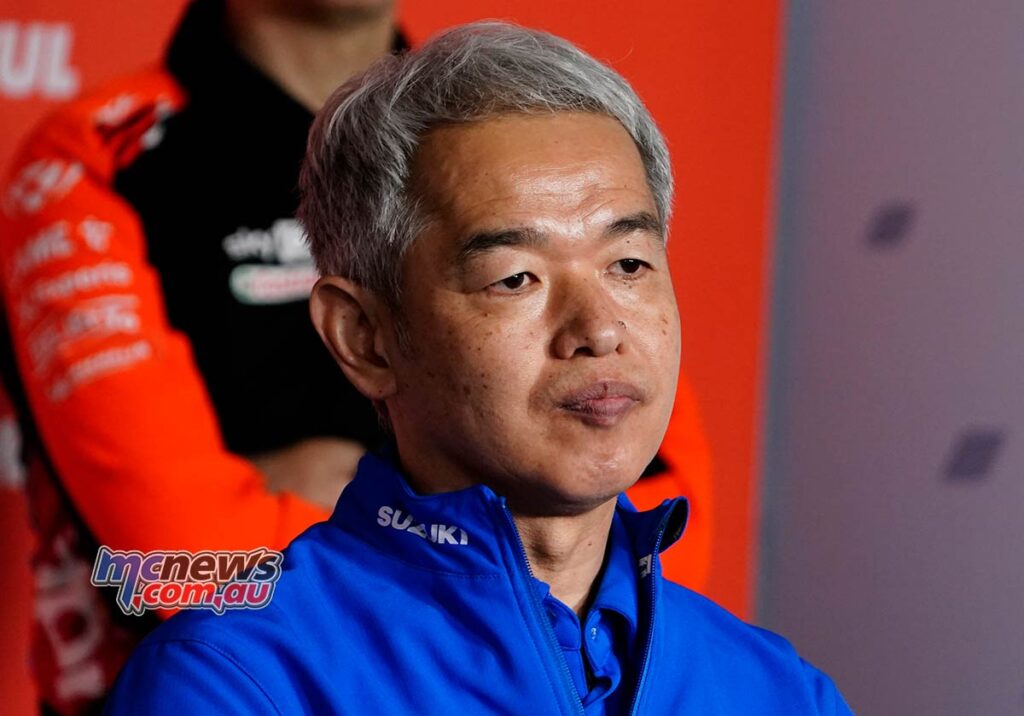 “My new role as team manager is too much for me, but with the support of the team everything can be done quickly and quickly and I am very satisfied. I’m trying to create a new team structure for next year, have a new team manager and that is now fixed. I can’t say anything about that at the moment! “

“It wasn’t easy at the beginning, Marc came, but wasn’t really fit yet and still won three races, and it was also difficult for Pol. He was expecting some type of bicycle and found that he was different. It was a long time before he understood the bike. He started at Silverstone, he managed to click a bit and he got pole, and from then on he improved. I think the Misano test was important to us, we saw a lot of things and were able to react for the last part of the season, and the results around the world have improved. But it is clear that this is not a good year for Honda. We still have a lot of things to improve and there we are right now, the factory is trying to improve the hardware and the bike, and on the other hand it’s not a problem for Pol, but for Marc we have to see how things go for him. 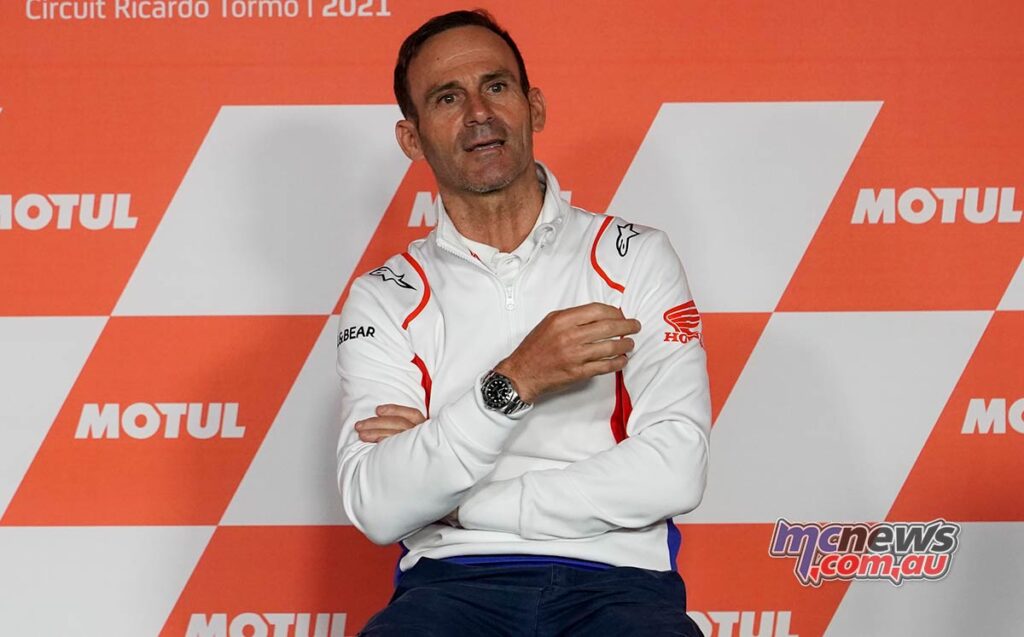 “Usually a rider who wins doesn’t win because he doesn’t understand the bike, he understands the bike. So now we have to have a second year of development without the driver who has won many races. It’s not the best scenario, but racing isn’t always what you want, it’s what you have right now. Now we have to try to understand what our direction is with the other three. They are quick, but they don’t have the experience of winning like Marc. But it is what it is, we will try and try to get the best out of your information. “

“We didn’t start the new season the way we wanted, but after a few races we found a good way to fix that and from Mugello we were very competitive, Miguel won Barcelona, ​​then two second places Brad has also had great results this time. After the summer break, we expected to continue like this, but things changed … as Alberto says, racing is racing and you have what you have, sometimes things change quickly. It took us a little to understand, but for us a big change in racing has been the loss of concessions, it forces you to develop the bike differently, especially from the company and the way you get new parts, and all these things, the procedures. We have learned a lot and the goal is clear: do it better in 2022. 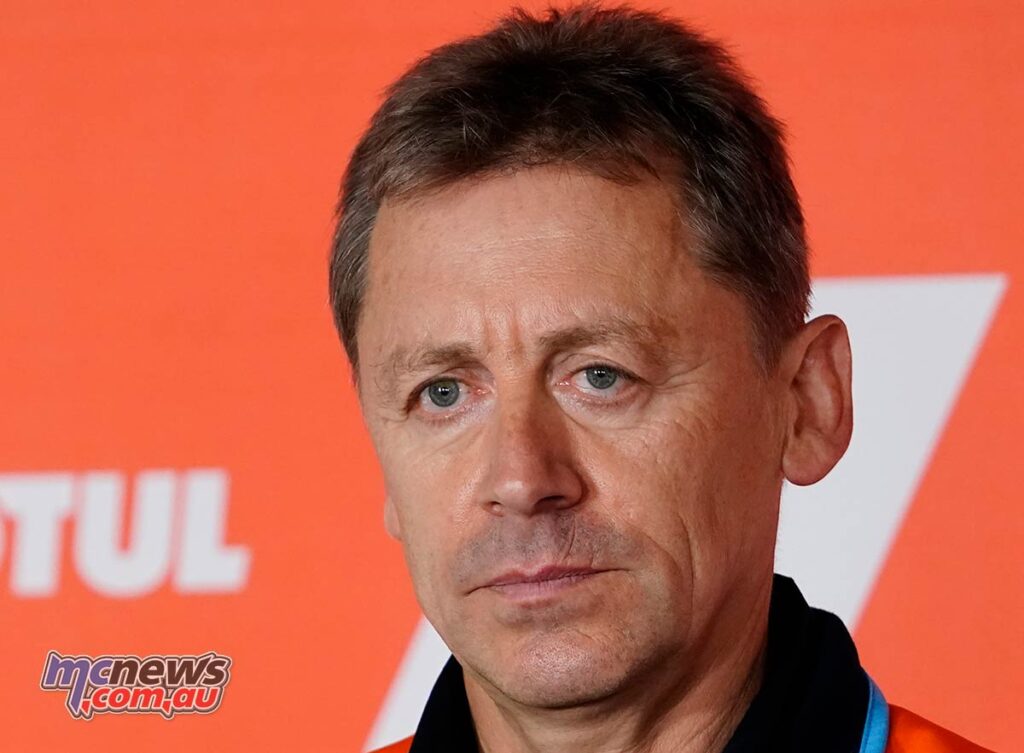 “The class is so competitive with every manufacturer that you don’t have a bike with a major disadvantage. They are balanced and in this category you are in a completely different area at 0.15 seconds. Bring all the points in line with the drivers, put everything together. We got two wins to be fair, it’s not a terrible season and Brad will be sixth out of seventh in the championship. We will bring out the positive, learn from this season and take the next step. “

“Compared to the past, it was certainly a good season, even if we don’t finish the season optimally, so we have to concentrate on what we are doing now and finishing it properly. We are very eager to fight in 2022, we will also be a factory team. Hopefully if we look at our progress from 19 to 20 to 21 we will keep that progress and close the gap with the guys in the front, but we are still behind so we still have a long way to go. 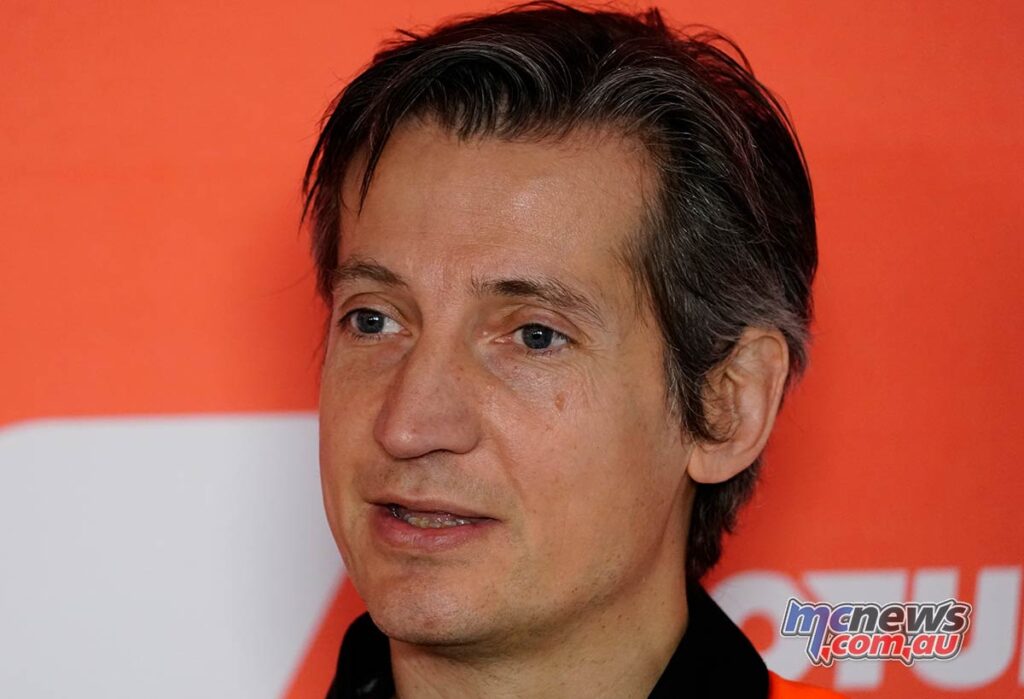 “The approach we’re taking with Maverick is to run the races as a test, try different parts and setups and configurations, understand which is better for him. This sacrifices the race result itself and sometimes his confidence to build, which was a little more difficult, but I’m sure we have a super talent at Maverick and I am convinced that we can find a way to combine our resources with his talent. “