The 2016 Dutch GP was full of drama from start to finish. Because of the extreme conditions, the officials stopped the race in between. In the first part several drivers drove cautiously, while in the second part many drivers throw caution to the wind.

Jack Miller is in the record books when he won the TT Assen lap on board his satellite Honda with the Marc VDS Racing Team in 2016. The 21-year-old Australian joins an elite group of racing drivers to win a race on satellite machines. The last satellite rider to win a MotoGP race was Toni Elias in 2008. 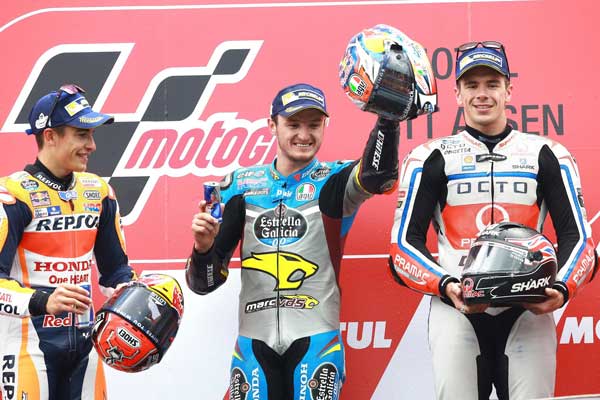 Marc Marquez drove the most cautious thing he had ever done in MotoGP to get his second place. Third place went to Scott Redding, who was also on board the Ducati satellite. Only thirteen drivers finished the 2016 Dutch GP, with likely competitors dropped out due to silly mistakes.

Valentino Rossi, who drove like a madman in the wet conditions, pushed too hard and a simple mistake caught him. Dovizioso did the same and pushed Rossi to the limit, which also led to his falling in second place.

Lorenzo admitted that he was uncomfortable during the race. The Spaniard was in 19th place and was considering withdrawing from the treacherous conditions. He somehow managed to finish the race in tenth place as several riders crashed at the 2016 Dutch GP.

Get the best Drivespark stories!

You have already subscribed


Did you miss our previous article...
https://formulaone.news/motorcycle-racing/keeping-in-mind-the-roadway-racer-known-as-ski-motoamerica