Espargaro, who had already been quickest on the opening day of the three-day test, surpassed Luca Marini’s Saturday benchmark in the first hour on Sunday, setting the 1m31.060s that now stands as the new Mandalika track’s new lap record.

The Spaniard was left buoyed not only by a strong performance on the kind of low-grip track that would’ve stymied him on last year’s Honda, but also by the fact he’d had no crashes on the new-spec RC213V, dubbing it “safer than ever”.

Teammate Marc Marquez was only 14th, but had forgone anything resembling a qualifying simulation, having run out of energy in his right shoulder.

Reigning champion Fabio Quartararo, irked by the Yamaha’s lack of progress and particularly distressed by his recent struggles to extract one-lap pace, which encourage second-fastest.

Quartararo came up just 0.014s short of the top time, while Aleix Espargaro completed the top three for Aprilia, three tenths down on his brother and a tenth down on Espargaro.

Yamaha rider Franco Morbidelli moved up to fourth in the closing minutes in his best pre-season showing so far.

Late-2021 form man Francesco Bagnaia ended the day in fifth place, admitting to media afterwards that he’d been struggling to extract his usual single-lap pace through testing but had finally made a step forward on Sunday. 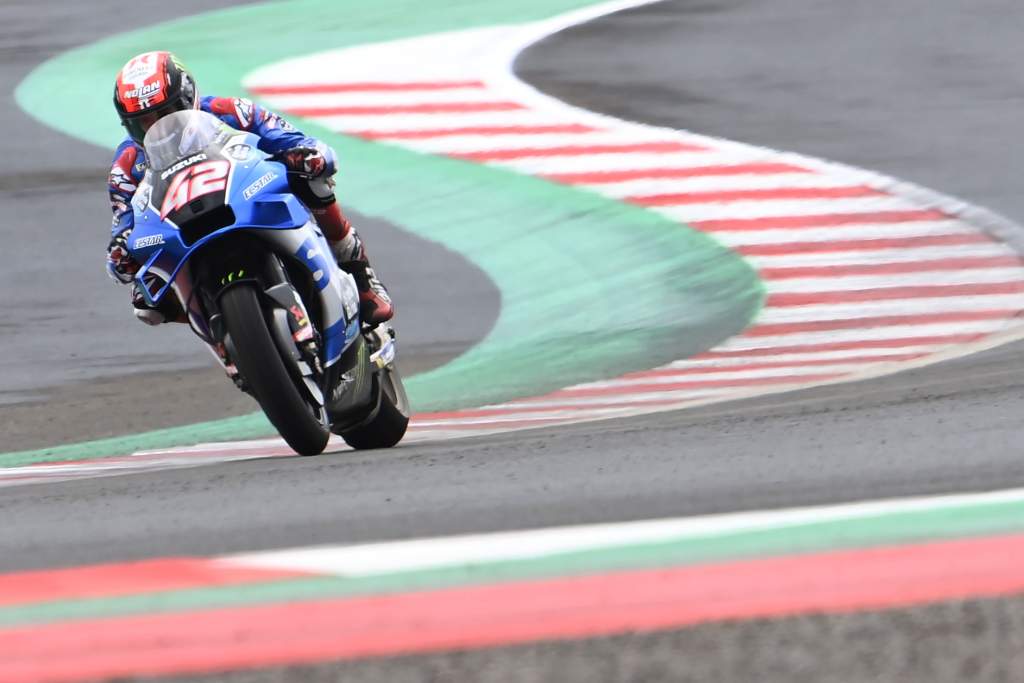 Alex Rins made it five different manufacturers in the top six for Suzuki. His team-mate Joan Mir had to sit out the day completely due to apparent gastroenterological problems.

“This morning when I woke up I felt something strange in my stomach, like everything was moving,” Mir explained. “After having some breakfast I went to the track, but once I was there, in the office I started to feel much worse and I started to throw up.

“I had to go back to the hotel because I was completely exhausted.”

The top KTM was that of Brad Binder in the ninth, the South African among those to post a late improvement. Among the KTM contingent, Raul Fernandez completed just seven laps, before crashing and calling it a day due to feeling the apparent after-effects of a big head-bruising fall the day prior.

Beyond Fernandez, there was crashes for three Ducati riders in Jack Miller, Johann Zarco and Jorge Martin, along with a fall for Aleix Espargaro.

Thank you for your feedback!

What did you think of this story?