A British flag on the windscreen and a bald eagle/stars and stripes motif on his helmet signify Max Flinders’ allegiance to two great countries...

title
A British flag on the windscreen and a bald eagle/stars and stripes motif on his helmet signify Max Flinders’ allegiance to two great countries. Photo courtesy of Thrashed Bike Racing.

In the past few years, Max and his team/family have cross-crossed the United States while he races in MotoAmerica’s HONOS Superbike Series. In geographic terms, Flinders probably knows more about America than a lot of natural-born U.S. citizens. Well, this week, after living in the United States for the past 13 years, he made it official. Max Flinders applied for, and was granted, U.S. Citizenship. 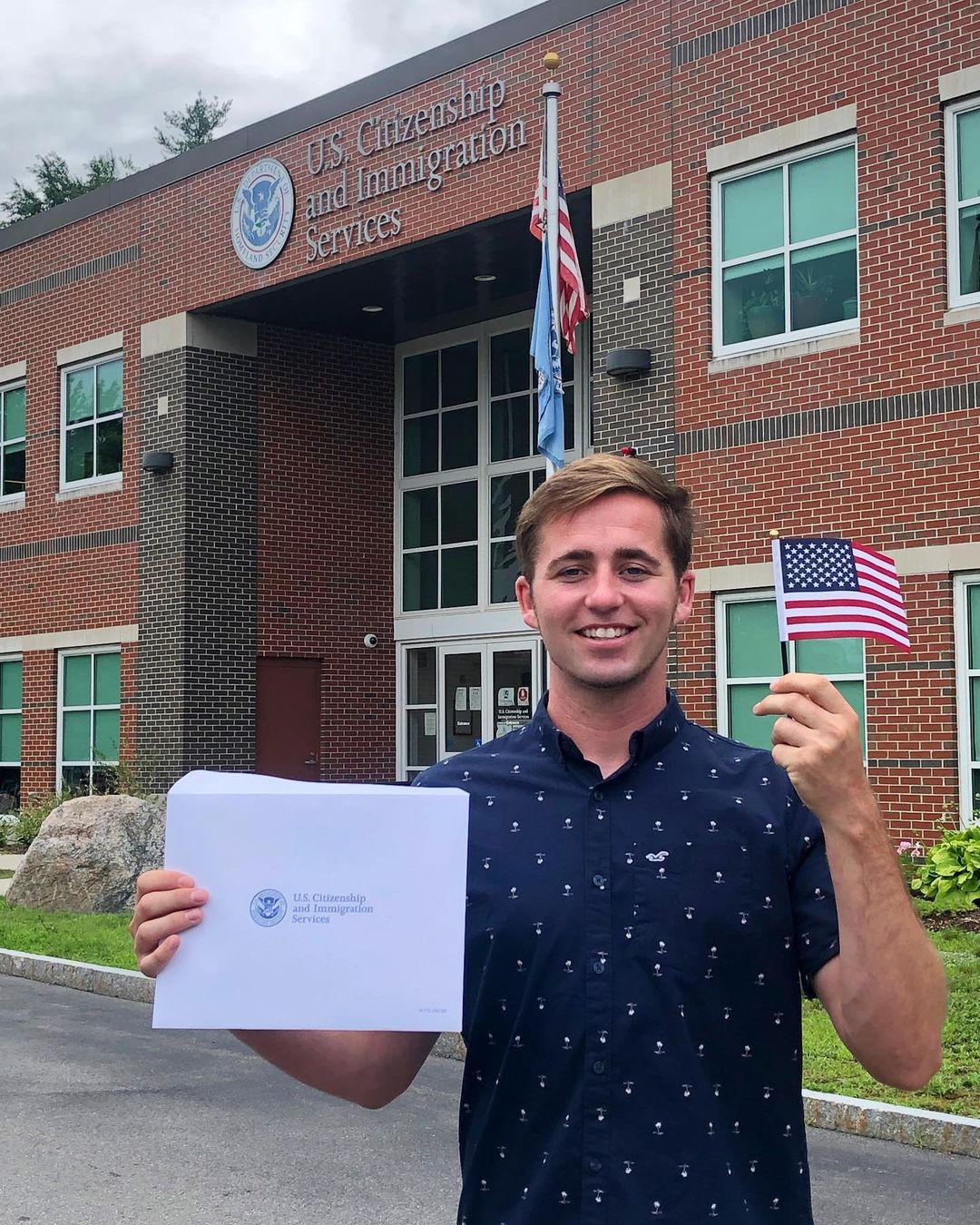 “I actually took the test prior to our round at VIR,” Flinders said. “There are 110 questions, and they pick seven at random, so you have to know the answers to all 110 questions because you don’t know which seven they will ask. And, you have to get five correct.”

So, how did he do? “I nailed all seven answers,” Flinders added. “One was ‘When was the Declaration of Independence adopted?’ Well, it was written 1776, but it wasn’t adopted till 1787, so that was my answer. The lady asking the questions said, ‘Are you sure? Is that your final answer?’ She made me nervous, but she was just teasing me because I got it right.

“They also tested me on my writing in English and being able to speak English. They asked me if I was a prostitute, if I’ve used prostitution, have I ever been in trouble with the law? I had to confess that I’ve gotten two speeding tickets in my lifetime. They even asked me if I have ever denied anyone freedom of religion. I’ve definitely never done that.”

“So, I passed everything before VIR, but our race schedule kept conflicting with the swearing-in ceremonies. Finally, they just had me come down to the U.S. Citizenship and Immigration Services Building in Bedford, New Hampshire, and there was no big ceremony. They just gave me my citizenship papers and a little flag, and I am now official.”

To purchase tickets for all MotoAmerica events, click HERE

For information on how to watch the MotoAmerica Series, click HERE


Did you miss our previous article...
https://formulaone.news/motorcycle-racing/harleydavidson-reports-big-gains-in-sales-revenues-during-q2