Americans All In Leading 20 In Germany-- MotoAmerica

The three MotoAmericans in the Moto2 World Championship all finished inside the top 20 today for the first time with Italtrans Racing’s Joe Roberts and American Racing’s Cameron Beaubier and Sean Dylan Kelly 13th, 14th and 17th, respectively in the German Grand Prix at the Sachsenring.

Roberts started strong from the third row of the grid but ran into grip problems and faded back into the group in which Beaubier was fighting for the last championship point. At the end of the 28 laps in searing heat, Roberts was 1.3 seconds ahead of Beaubier, who had started the race from the fourth row of the grid.

Kelly, meanwhile, had his best race of the year in 17th, the Moto2 rookie finishing behind Bo Bendsneyder and in front of Zonta van den Goorbergh.

Victory today went to Red Bull KTM Ajo’s Augusto Fernandez, the Spaniard taking the lead early on and pulling clear of the pursuing pack to win by 7.7 seconds over his teammate Pedro Acosta. Brit Sam Lowes was third on the Elf Marc VDS Racing Kalex.

The World Championship closed up considerably with points leader Celestino Vietti crashing out of the race. Vietti now leads Ai Ogura, eighth today, by just eight points with Fernandez moving to third in the standings – 12 behind Vietti.

Roberts, meanwhile, is sixth in the title chase with Beaubier 15th. 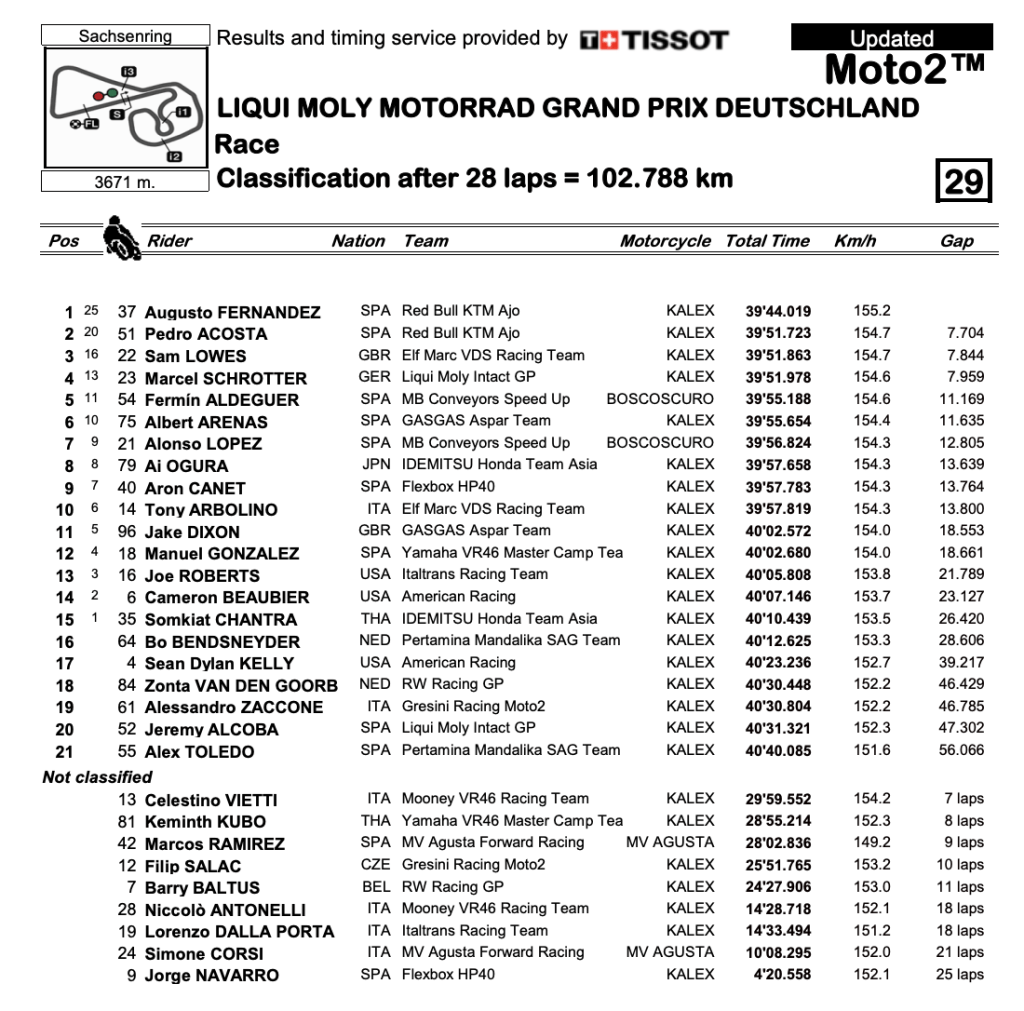 The post Americans All In Top 20 In Germany appeared first on MotoAmerica.


Did you miss our previous article...
https://formulaone.news/motorcycle-racing/motogp-triple-crown-shot-unbelievable-offered-lorenzos-kind