Mercedes has dominated the Formula 1 field since the start of the turbo-hybrid era in 2014. Interestingly, they have won at all of the new venues..

Mercedes has dominated the Formula 1 field since the start of the turbo-hybrid era in 2014. Interestingly, they have won at all of the new venues added to the F1 calendar since that time.

With the Jeddah track being new this season, it seems like the Silver Arrows are doing the same thing as they did in previous venues. Or can Red Bull prevent the Brackley team from doing that?

Mercedes has dominated new venues since the turbo-hybrid era

When Sochi joined in 2014, it was Lewis Hamilton who took the victory in Russia. Later in 2016, when the Formula 1 paddock drove to Baku for the Azerbaijan Grand Prix, it was German Nico Rosberg who saw the checkered flag.

When Mugello and Portimao were added to last season’s calendar, it was the seven-time world champion who won those races. And in 2021, when Qatar was hosting a Grand Prix, it was the British Knight who took the checkered flag.

After a week’s break, the Formula 1 circus is now heading to a new route in Saudi Arabia. Knowing the dominance they have shown on new routes since 2014, the Silver Arrows hope to do the same in the twenty-first run of this season.

View story: From the shocking Lewis Hamilton crash to the Ferrari pit stop mistake: the most sensational moments in Bahrain GP history

The title race is still intense with two races remaining

Hamilton won the Losail International Circuit in Qatar that weekend, beating title contender Verstappen. The Red Bull driver maintained his lead in the championship race, but the lead has shrunk to just eight points.

Hamilton celebrates two victories, the Brazilian Grand Prix and the Qatar Grand Prix. With a break after the intense triple header, Hamilton hopes to start next weekend with a win at the Saudi Arabain Grand Prix. While Max tries to put an end to his winning streak.

There are only two races left in the 2021 season. The title race becomes more intense with every race. Who will be world champion this year? Will Max win his first championship or will Lewis win his eighth title? Let us know what you think in the comments below. 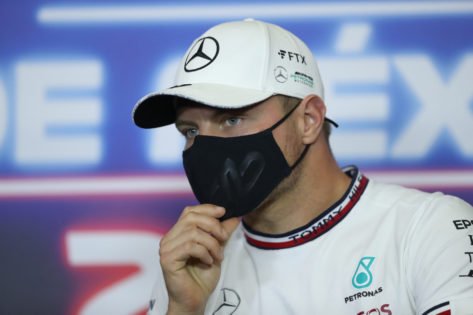