Lewis Hamilton is fully committed for the final six laps of the season. In order to prepare for the mammoth stint that lies ahead, Hamilton logged.. 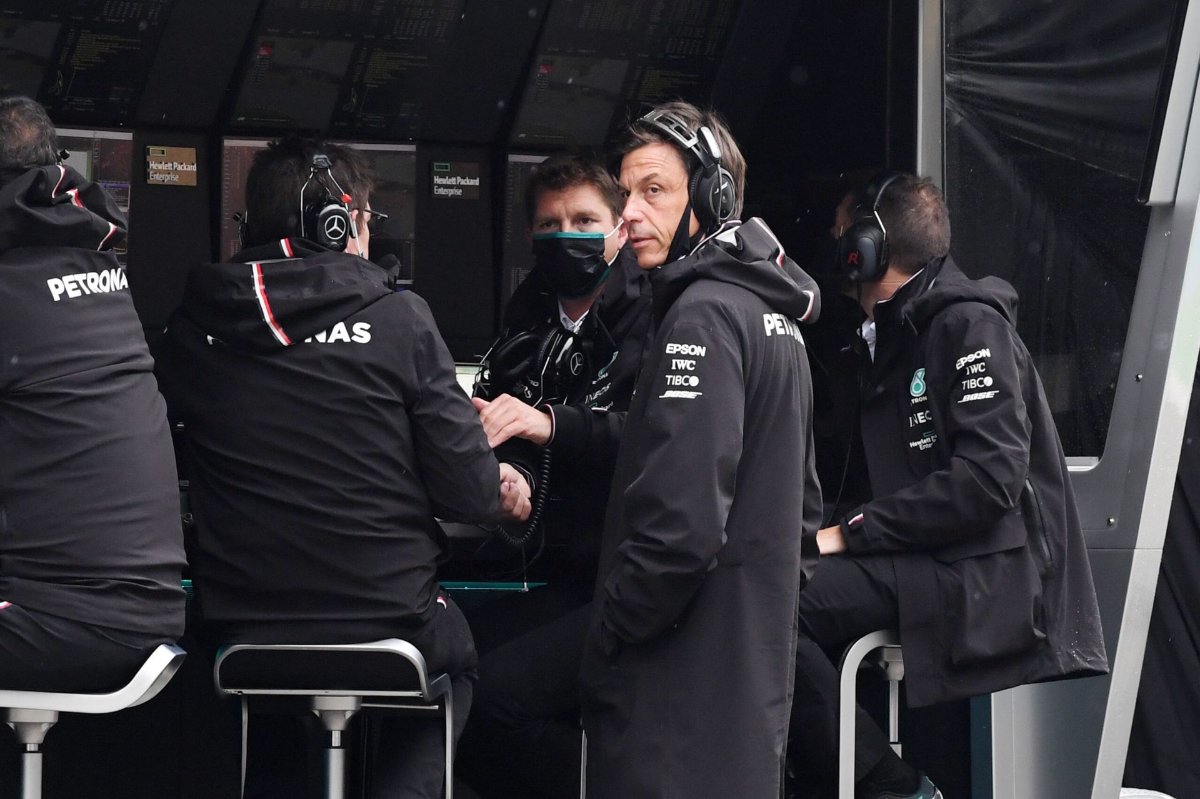 Lewis Hamilton is fully committed for the final six laps of the season. In order to prepare for the mammoth stint that lies ahead, Hamilton logged into the Mercedes-Sim in good time. While Lewis was letting the world know he was ready for the future, the Mercedes Twitter admin was thinking on the short term.

Hamilton posted a picture of himself on the Sim with the focus on the steering wheel. A misunderstanding on the part of the administrator, they assumed that Hamilton would be training for the US GP at the Circuit of The Americas.

F1 fans, true to their knowledge of the circuits, realized that something was different at COTA. Upon closer inspection, they found that it was indeed the Mexican circuit; a fortnight after the US GP. The giveaway was the Esses and Horquilla turns of the racetrack – unique in the Autodrom.

The big detectives on Twitter were quick to point out the mistake in the tweet; as always, it made the best memes.

Others came up with their version of the US GP … or Monaco. We are no longer sure!

The Red Bull and Mexico fans had a lot of fun. While some suggested that Hamilton dawdled over the Sim he once hated, Mexicans were glad he was preparing for their hero’s wrath.

Because if it’s the US Grand Prix, then he’s training for the Mexico Grand Prix ????…. but it does not matter. Hands will be missing to get it in Czech and on max.pic.twitter.com/JxPmdwHO30

Amazing how Verstappen puts pressure on Hamilton. From saying what didn’t like going to the simulator to often. https://t.co/eda6yXoH13

Mercedes is getting ready for the US GP

After the incredible speed in Turkey, Mercedes is looking forward to the race in Austin. When the season comes to an end, every point in the championship counts. However, everyone is talking about another PU change for Hamilton.

After the 10-place deficit in Istanbul, Mercedes does not rule out another penalty for Hamilton. Toto Wolff revealed that the W12 made unusual noises and that they are “analyzing how we can prevent this in the future”.

In addition, Wolff added: “It [fourth ICE] can last until the end of the season, but there could be a moment when we say it’s worth taking a new one because the other is still in danger. ”The team boss simply presents it as a work in progress.

At the season finale, both Red Bull and Mercedes have everything at stake.

Check out this story: Biggest crashes from 2020 with Leclerc, Vettel & Grosjean