The Porsche and Red Bull tie up in Formula One is getting to be a little bit will-they-won’t-they sitcom romance vibe, because despite both Red Bull.. 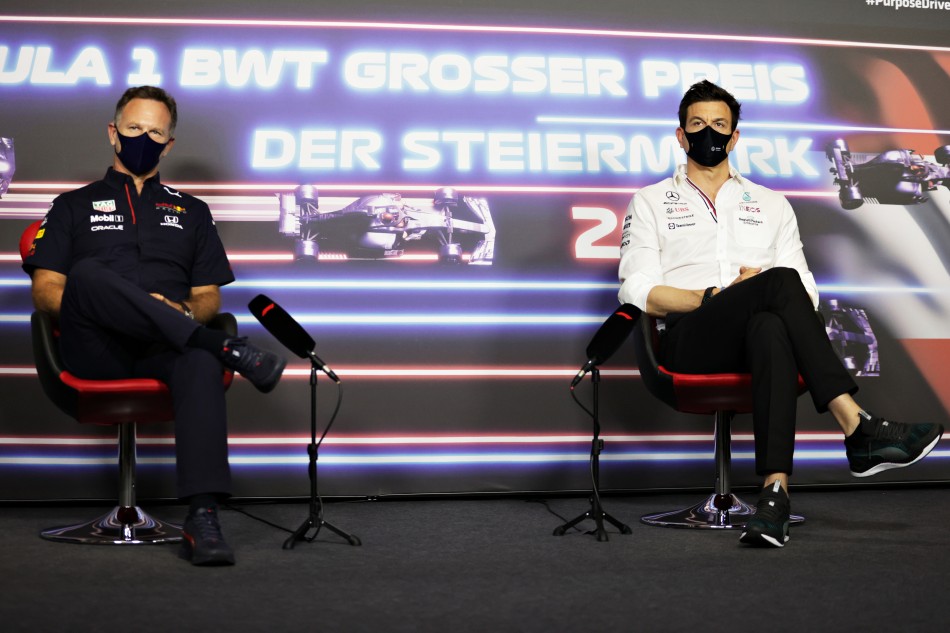 The Porsche and Red Bull tie up in Formula One is getting to be a little bit will-they-won’t-they sitcom romance vibe, because despite both Red Bull and Porsche issuing press releases that the two companies were absolutely never going to join forces, Mercedes F1 boss Toto Wolff still thinks there is a chance. And not only that, he believes the partnership would be good for everyone involved, and basically states that Red Bull needs Porsche more than Porsche needs Red Bull. And you know what? I think he’s right. I mean, of course he’s right, he’s pushed Mercedes AMG to tons of championships since taking over in 2016. He also managed Williams during its resurgent years. He knows his stuff.

As Wolff is pretty much the mortal enemy of the Red Bull team, he might know more than most what Red Bull needs. Keep your enemies close, right? Red Bull’s Christian Horner has insinuated that he didn’t want Porsche onboard because he didn’t want the team to lose control of its engine building operations, but Red Bull can really build their own engines without the assistance, or at least cash injection, of a major OEM? Toto questions whether they can. He believes there still might be a Red Bull-Porsche tie-up before the new engine regulations hit in 2026. With Honda having stepped out of F1, Red Bull essentially purchased their engine building operations, and have been assembling engines to Honda’s original design in 2022.

Wolff said to German language website Motorsport-Total.com that Christian Horner might be getting a bit ahead of himself in thinking that Red Bull Powertrains can build engines and hybrid drivetrains without an OEM as technology partner. “Williams thought that too when they parted ways with BMW.” Williams hasn’t really seen the success that it once had since parting ways with BMW. Based on his comments (and common sense) Mercedes AMG’s cross-town rival Porsche would have been an excellent addition to the F1 grid. It’s a company that knows what it’s doing.

Wolff says, “It is a brave strategy to set up autonomously. Red Bull has always wanted to have its own power unit and not be dependent on an OEM. Now it’s really like this—that’s the strategy they initiated. I’m curious how they fare with that in 2026, 2027 and 2028. This is clearly setting a new trend, and I’m also curious to see whether Porsche might come along and brand the engine, or whether Honda might do the same. ”

“As a Mercedes representative, I think it’s a shame that we can’t fight with Porsche,” he continues. “Porsche Red Bull would have been a great entry, a great brand. It didn’t work out for reasons I don’t know. It would have been great for Formula 1 and for the attractiveness of our sport if that had happened.”

So, what do you think? Will Porsche come back to Red Bull as a technology partner with engine naming rights? Red Bull could continue to build its own engines with Porsche help, just not as 50-50 partners. Would Porsche acquiesce to such a request? Only time will tell.


Did you miss our previous article...
https://formulaone.news/mercedes/game-changers-angelique-tetrault
Mercedes