Lewis Hamilton has been told he should just “put the jewelery back on right after the race” as the seven-time Formula One world champion continues.. 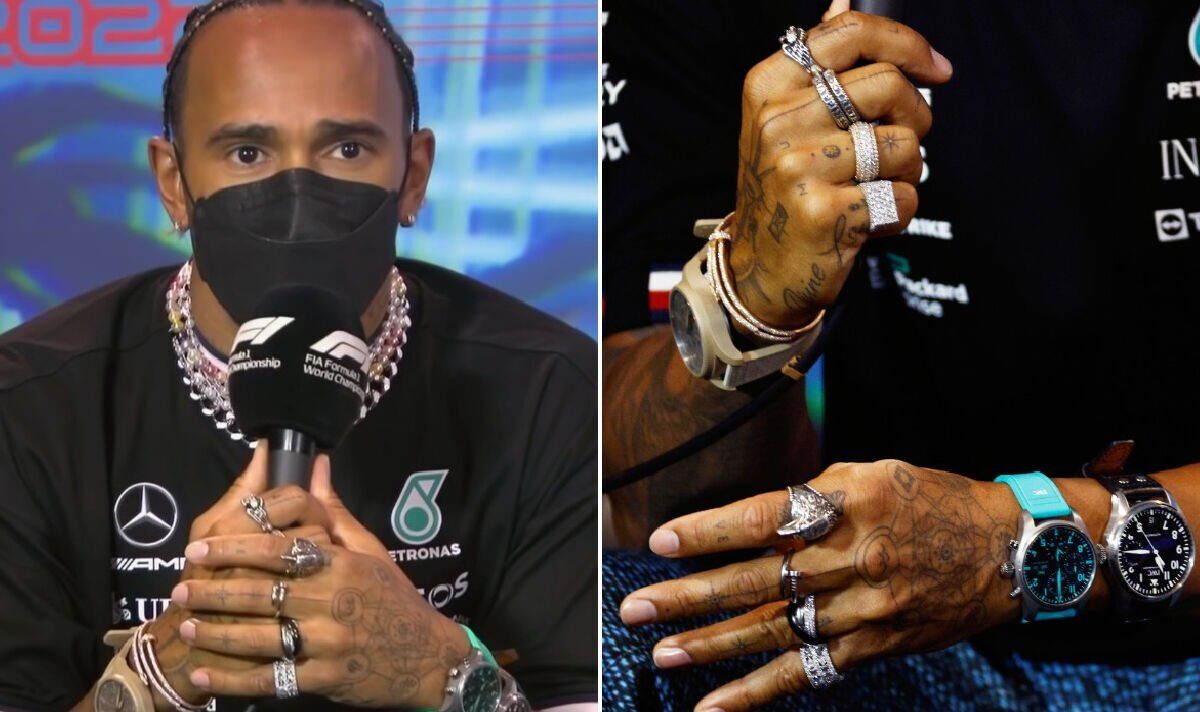 Lewis Hamilton has been told he should just “put the jewelery back on right after the race” as the seven-time Formula One world champion continues his defiance against the FIA’s crackdown on items such as chains, rings, earrings and watches. Drivers are not allowed to wear jewelery while out on track due to safety reasons.

Hamilton has been told that after the Spanish Grand Prix, he will not be permitted to drive his Mercedes if he still has any on. Niels Wittich one of the FIA’s race directors reminded drivers of the rule, which is not new to the sport, before the Australian Grand Prix but Hamilton was given a two-race medical exemption to give him time to remove permanent piercings.

The Briton may require minor surgery to take out a nose stud but has made it clear he does not want to do so, meaning he may face further punishment from F1’s governing body. The FIA ​​could fine him, put points on his super license or even refuse to let the Mercedes driver out on track at the Monaco Grand Prix, where his exemptions ends.

But the son of F1 icon Niki Lauda told Servus TV that Hamilton should reconsider his stance on wearing jewelery in the cockpit of his car. Mathias Lauda said: “Why doesn’t he just put the jewelery back on right after the race? The FIA ​​sets the rules and they have to be the same across a thousand racing series.”

Hamilton said in Miami, where he took out his earrings, that he plans to get exemptions “for the rest of the year”. The 37-year-old sat down for talks with FIA president Mohammed ben Sulayem after claiming he would boycott a race over the issue.

Mercedes team principal Toto Wolff has asked the FIA ​​to find a “good resolution”. He said: “What was needed was a dialogue between Lewis and Mohammed. It is clear that regulations are here to protect the drivers.

“But on the other side we need diversity and the means of expressing yourself and we know that this is important to Lewis. Without going into detail – where the piercings stayed and where they didn’t – I am sure they will come to a good resolution.”

Hamilton turned up at his Miami press conference sporting three watches, eight rings, four necklaces and two earrings in a clear response to the FIA’s clampdown. He explained: “I couldn’t get any more jewelery on today.

“I feel like it’s almost like a step backwards if you think of the steps we’re taking as a sport and the more important issues and causes we need to be focused on. We’ve made great strides as a sport. This is such a small thing. I’ve been in the sport for 16 years and I’ve been wearing jewelery for 16 years. In the car I only have my earrings on and my nose ring, which I can’t even remove.

“It seems unnecessary for us to get into this spat. I’ll try to communicate and work with Mohammed. I’m here to be an ally of the sport, of Mohammed and Formula One. I think we’ve got bigger fish to fry, bigger things to do, more impact to have. I think that’s where the focus should be.”