Lewis Hamilton will be investigated by the Formula 1 race stewards after overtaking two cars under a red flag during final practice in Abu Dhabi.The.. 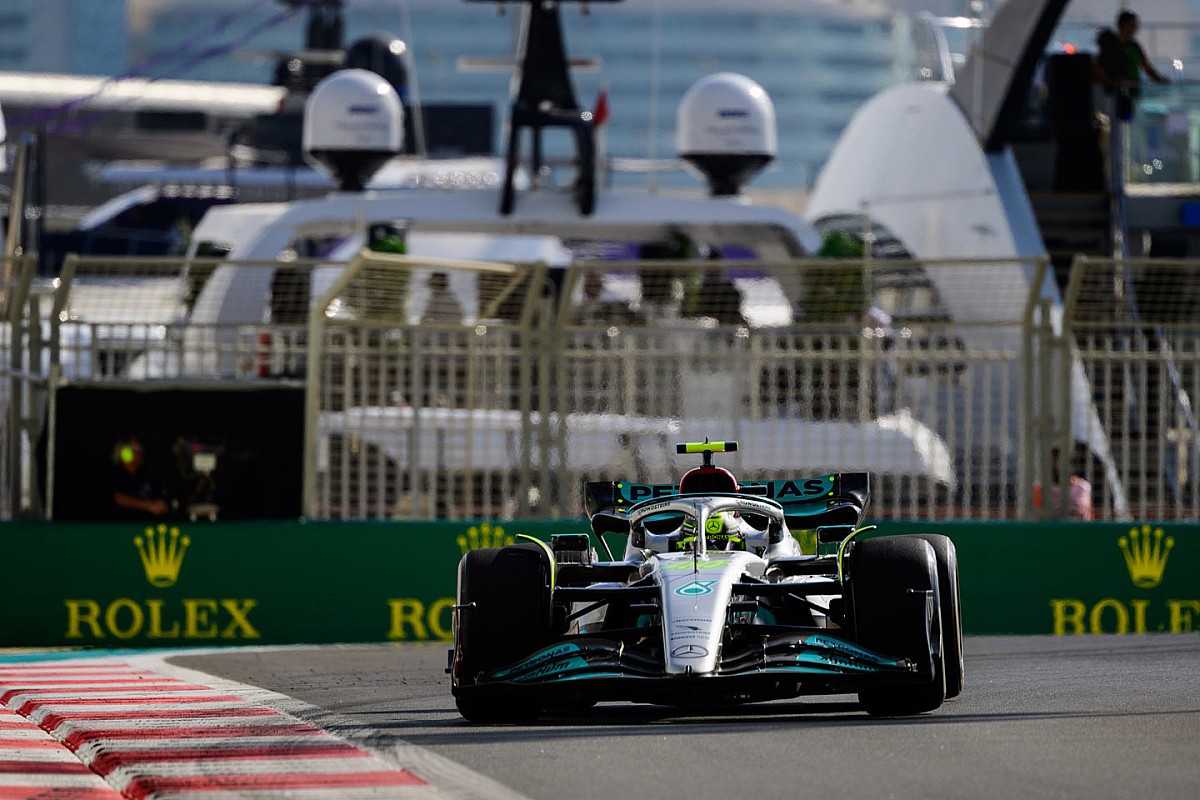 Lewis Hamilton will be investigated by the Formula 1 race stewards after overtaking two cars under a red flag during final practice in Abu Dhabi.

The Saturday afternoon session at the Yas Marina Circuit was red-flagged after 28 minutes when Pierre Gasly lost part of his front wing while running wide over the kerbs exiting Turn 9.

The remaining cars on track had to return to the pits at slow speed so the debris could be removed, but McLaren’s Lando Norris flagged over the radio that Hamilton had overtaken two cars.

On the run to the Turn 5 hairpin, Hamilton overtook Norris on the right-hand side before then also passing Haas driver Kevin Magnussen while approaching the corner.

Hamilton then slowed his Mercedes car on exiting the hairpin, sitting just ahead of Magnussen and Norris, but the overtakes were noted by race control for failing to slow for a red flag.

The stewards then confirmed soon after that the incident would be investigated after the session, putting Hamilton at risk of a penalty.

At Monza earlier this year, AlphaTauri driver Yuki Tsunoda was hit with a three-place grid penalty and two penalty points on his FIA superlicence for failing to slow for yellow flags in practice. Back in 2015, Valtteri Bottas received the same penalty as Tsunoda for overtaking cars under a red flag.

A stewards’ hearing is set to take place ahead of qualifying in Abu Dhabi, which begins at 6pm local time.

Hamilton topped FP1 on Friday at Yas Marina before dropping back to fourth in second practice, finishing the day six-tenths of a second off Max Verstappen’s best effort in FP2.

“The Red Bulls look a bit quicker here, which was expected,” Hamilton said on Friday evening in Abu Dhabi.

“We didn’t expect this to be our strongest race. But we’ll work hard overnight. We’re generally right there, so hopefully we can put up a good fight.”