Ferrari Ran Out Of Development Budget For 2022 Car

Ferrari team boss Mattia Binotto has revealed that the reason for Ferrari falling behind Mercedes in the last few races has been the fact that.. 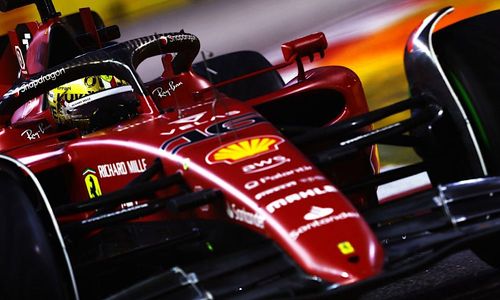 Ferrari team boss Mattia Binotto has revealed that the reason for Ferrari falling behind Mercedes in the last few races has been the fact that Mercedes has continued to develop its car while Ferrari hasn’t. Binotto noted that Ferrari had run out of budget to develop its car thanks to the enforcement of the F1 budget cap.

“It is certainly not a choice we made voluntarily. We simply ran out of money at one point,” Binotto explained.

Through the season, Binotto has been surprised at the rate of development that Red Bull has shown and more recently Mercedes has also raised his eyebrows. Ferrari is narrowly P2 in the constructor’s championship, but there is a good chance on the basis of the performance of its cars it could be overtaken in the last race of the season in Abu Dhabi.

In the last two races, Mercedes has had the fastest car, faster than even Red Bull which has become the constructors champion. Ferrari generally has been very conservative for development this year, but its issues have been hampered by reliability issues and also the fact that its drivers have been involved in shunts that have resulted in a larger repair bill than its rivals.

This has not only cost Ferrari championship points but penalties which have made progress in the race harder for its drivers and a bigger bill which has eaten into the development budget thanks to the budget cap.

At the start of the season, Ferrari had the lightest car amongst the front runners but as it slowed development, its rivals have caught up in terms of weight savings which has resulted in the rivals of the Scuderia overtaking it in pure performance.