Daniel Ricciardo was spotted leaving Mercedes hospitality amid rumors he could join Lewis Hamilton on the team next season. The McLaren driver took.. 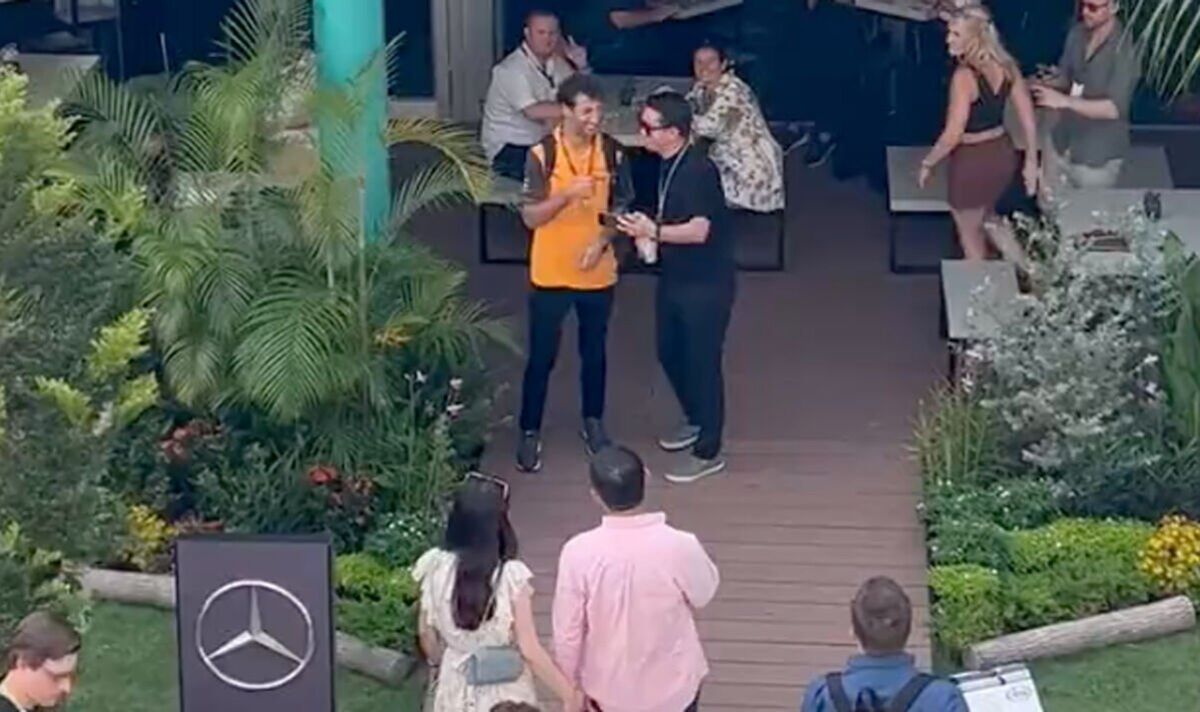 Daniel Ricciardo was spotted leaving Mercedes hospitality amid rumors he could join Lewis Hamilton on the team next season. The McLaren driver took selfies with fans as he walked out of Mercedes’ building ahead of practice for the Singapore Grand Prix.

Ricciardo has been tipped to join Mercedes as a reserve driver and the Australian could be bumped up to a race seat if Hamilton decides to walk away from the sport at the end of 2023. Securing the third driver role would likely free-up Mercedes reserve star Nyck de Vries to join a rival team.

He has been tipped to link up with Yuki Tsunoda at Alpha Tauri next season if Pierre Gasly moves to Alpine. Ricciardo revealed taking a reserve role was a “realistic” option and admitted he was not looking outside of F1.

However, the 33-year-old claimed he didn’t want to “jump at the first seat available” just to secure a full-time position.

He added: “I think he should be racing, personally. I think he’s far too talented. He’s earned the right to be amongst us all, racing. But of course, if he’s a part of our team that would be great. But I mean, the third role is not really, I think what’s best for him. I was managing him, he’d be racing.”